Bad season for two of our representatives 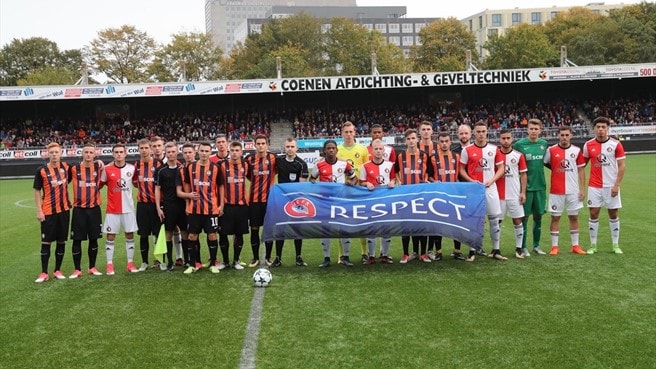 In the 2017/2018 season, two Ukrainian clubs started in the UEFA Youth League. Shakhtar repeated the calendar of matches of the adult team in the UEFA Champions League on the Champions League. Unfortunately, the miners did not manage to make it to the butt matches. In their quartet, they finished third, beating their peers from Manchester City and Feyenoord.

Dynamo Kyiv started on the Way of Champions, but in the first round the team lost to Italian Inter. On the road, our guys drew (2: 2), and at home were beaten by an opponent with a score of 3: 0.

Today the program of the starting round of the new championship of Ukraine in the elite ...

Premier League. In the first match of the 2021/2022 season, Lviv drew with Mariupol

The 31st championship of Ukraine in the elite division started today with a match ...