Andriy Pavelko: “Before our eyes the history of success of Ukraine was created” 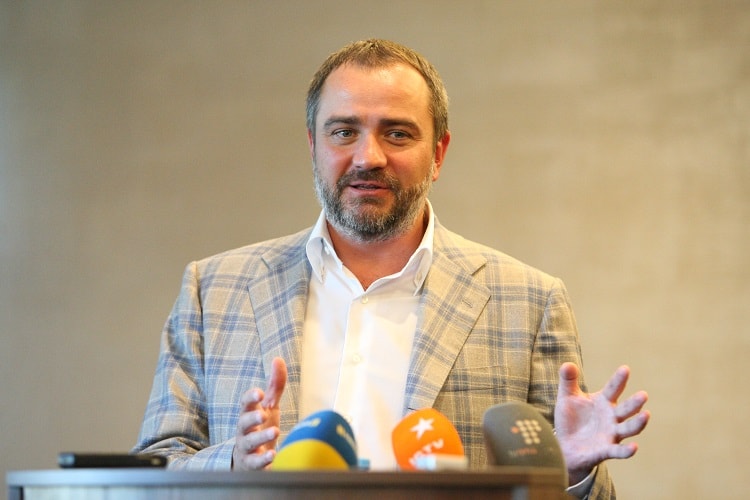 During meetings with representatives of the Ukrainian media FFU President Andriy Pavelko summed up the results of the Champions League final matches in the Ukrainian capital.

- The excellent holding of the final of the Women's Champions League on May 24 and the final of the UEFA Champions League on May 26 probably left a vivid impression on the guests of our country, - said the FFU President. - Before our eyes was the success story of Ukraine, the city of Kyiv, the stadium of the NSC "Olympic", which according to the results of the final received from UEFA elite status. I think this is a remarkable achievement for our country and for the wonderful stadium we are proud of. Much has been done to meet these requirements.

"Completed all tasks set by UEFA"

Of course, during the year there were many questions about the organization, we received a very large contract from UEFA. The only organization for UEFA that was considered to host the finals was the Football Federation of Ukraine, which took full responsibility. Both at the initial stage and in the future, it was not easy to do so (although, perhaps, it was left behind the scenes), so that everything was done at the highest level. I am grateful to UEFA President Alexander Cheferin for praising the work of the FFU and all services. Today, from the rostrum of the Verkhovna Rada, I expressed my gratitude to the organizing committee headed by the Head of the Administration of the President of Ukraine Ihor Rainin and the President of Ukraine Petro Poroshenko, who made the necessary decisions in due time. fulfillment of our guarantees to UEFA, and, of course, to the government, which has fulfilled all the tasks set before us by the European Football Union. A low bow also to the team of Kyiv Mayor Vitaliy Klitschko, who demonstrated high professionalism and gave us the opportunity to be proud of the city.

As a result, we now see the possibility of submitting an application from Ukraine for the Europa League final and a match for the UEFA Super Cup. At the initiative of the President of Ukraine Petro Poroshenko, a corresponding organizing committee has already been set up. We will definitely apply for these matches, and it will be not only Kyiv - we will also consider such cities as Kharkiv, Lviv, Odessa, Dnipro. I am sure that each of these cities deserves to receive guests of these European football forums. These will be applications for years starting in 2020, because the cities of the previous finals have already been determined.

I am convinced that the result demonstrated here in Kyiv and the coordinated work of law enforcement agencies to ensure the safety of our guests give us the right to be proud. The difference in the level of reception of the guests, the level of ensuring their safety between the Kiev final and the decisive duel of the Europa League in French Lyon was significant. We have worked to this end at such a high level that we have set a good example for the upcoming finals in Madrid and Istanbul.