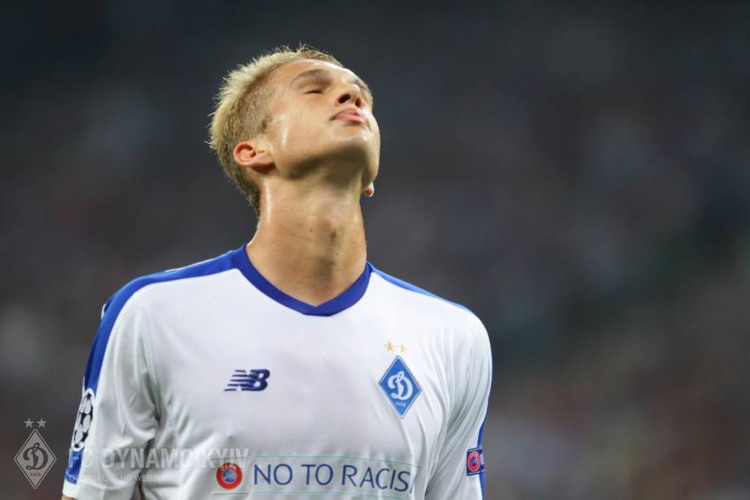 On Sunday, four matches took place, ending the seventh round of the Ukrainian Championship. After failed to make it to the Champions League, Dynamo also failed in the domestic arena - Kyiv suffered a home defeat from Karpaty.

Compared to the game against Ajax, there were changes in the composition of the white and blues - Shaparenko and Che Che appeared at the start. For the second time in a row, 11-year-old Supryaga was among the top 18. And already in the 2nd minute the forward of the youth national team of Ukraine was close to scoring his first goal for Dynamo, but from close range hit the post.

Then the Lviv team recovered and launched several sharp counterattacks. Boyko eliminated the danger after Carrascal's shot by kicking the ball away, but when the Swede turned Myakushka's shot into a goal, the Kyiv goalkeeper was powerless. The effective attack of the guests began with an incomprehensible pruning of Verbych. And just before the break, the Swede made a double, easily beating Kadar in the penalty area and punching into the far corner from the middle distance.

In the 55th minute, Lviv remained in the minority after Megremich received a second yellow card. Dynamo pressed the visitors to the goal, created moment by moment, but the goalkeeper of "Lions" Kuchynsky acted perfectly. And after Sidcley and Tsygankov's shots, the ball hit the frame of the goal. Kyiv lost for the first time in the championship, and the Portuguese coach of "Carpathians" Jose Morais won the first victory in Ukraine.

The players called up for the next training camp of the national team of Ukraine: Boyko, Burda, Tsygankov, Buyalsky played for Dynamo.

But "Dawn" seems to have recovered quickly after Eurocup failures. Today, Luhansk beat Arsenal-Kyiv very confidently away. The player of the national team of Ukraine Oleksandr Karavayev played the whole match, scored the ball and gave the assist.

For the second time this season, she lost points to Alexandria. Volodymyr Sharan's charges failed in the first half in Lviv, allowing the Brazilian duo of FC Lviv, Bruno and Taylor, to score. But in the second half, the guests managed to win back and continue their stay among the leaders. Lviv still can't win at home…

He also can't please his fans with the home victory of Desna. Today Chernihiv lost to Olimpik, allowing the opponent to break a series of four matches without victories.