More than 120 matches for peace. Three years since the creation of the national team of veterans of Ukraine 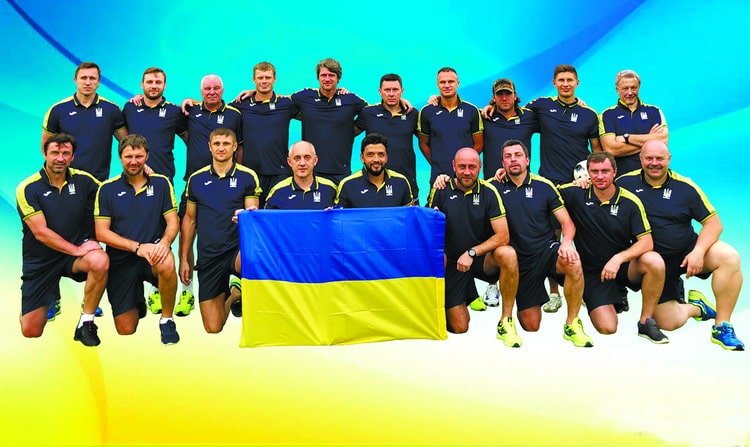 February 23, 2016 became a history of national football as the day of creation of national team of Ukraine among veterans.

Three years have passed. Three bright years filled with interesting matches, participation in various tournaments, meetings with the military and visits to friendly countries from different continents. During this time, more than 120 matches were held, the legends are fulfilling their mission to support the peace and unity of Ukraine, our military in the anti-terrorist operation zone, regularly holding football matches in the East. Hundreds of thousands of spectators once again had the opportunity to enjoy the game of idols of the past years, because during this time the national team coaches Anatoliy Demyanenko and Volodymyr Lozynsky called up more than a hundred outstanding players. 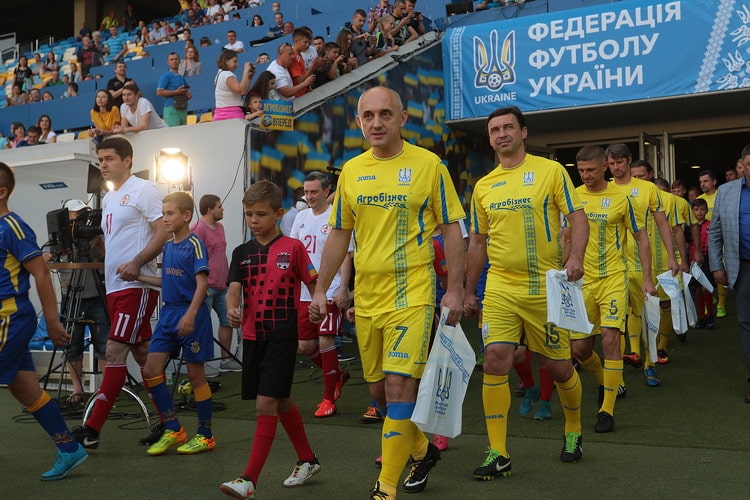 FFU Vice President, AVFU President, founder and curator of the veterans national team Oleg Sobutsky shared his vision of the path and plans for the future:

- First of all, I want to thank our wonderful players, real football legends, who all this time in the national team delighted the fans with their game. Coaches Anatoliy Demyanenko and Volodymyr Lozynsky managed to gather a team of like-minded people, the guys happily go to one or another city every week, and gladly wear their native blue and yellow T-shirt again.

The team visited almost all regions of the country, performed at the NSC "Olympic" and "Arena Lviv". As it was declared three years ago, all games are held for the sake of support of military in the anti-terrorist operation zone, the fastest establishment of peace in the country. I would like to single out visits to the East, on average in a third of the games our rivals were representatives of law enforcement agencies: paratroopers, special forces, border guards, National Guards, police - all those who defend the security and independence of Ukraine. And we are not limited to holding friendly matches, after which the military have the opportunity to communicate in an informal setting with the stars, get autographs or take a photo together. 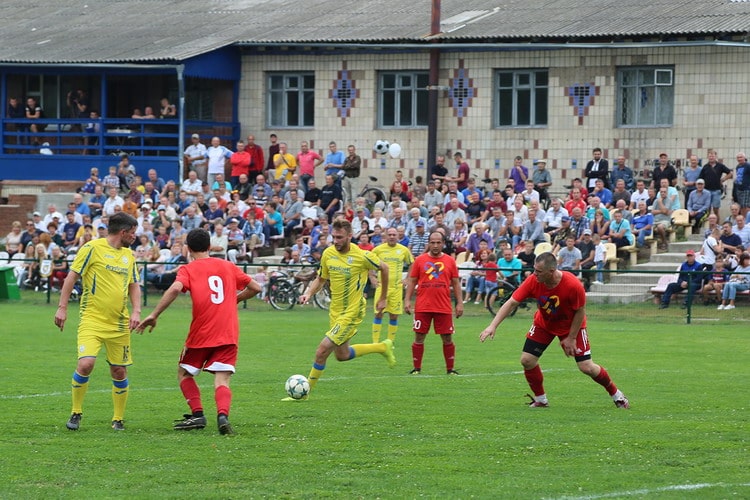 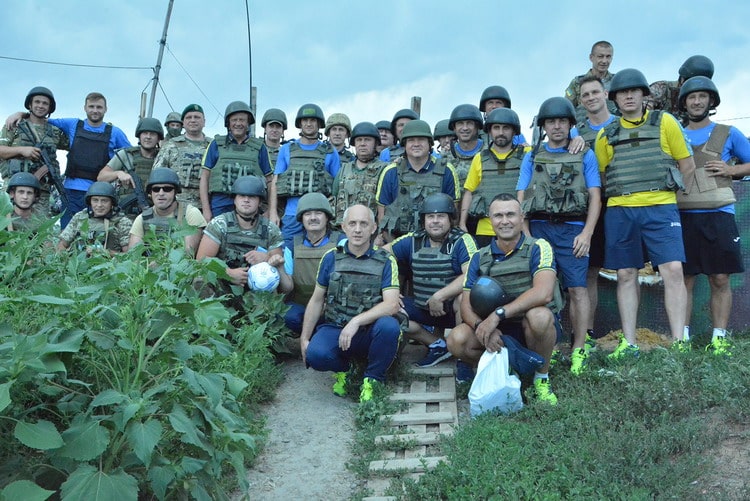 They know the national team of veterans abroad. We have twice won the Cup of Legends in the United States, together with the diaspora organized games for the Independence Day of Ukraine in Canada, toured Brazil, Argentina, Spain, Hungary and France. January visits to Georgia for the tournament in memory of David Petriashvili have become a good tradition. Everywhere the team is greeted at the highest level. We try to represent Ukraine with dignity in the world and we definitely emphasize that we are a country of good and peace, which is going through difficult times, defending its sovereignty and unity.

Three years is enough time by football standards to sum up certain results. The team has taken place, there is a team of like-minded people, fans are waiting for the arrival of favorite players, we already have dozens of invitations from different regions this year. Once again I want to thank the coaches and players, good friends in the person of Myron Markevich and Vasyl Orletsky for their support and help, all our many sympathizers. Now the national team has a winter break, but work on organizing the games continues. As the snow falls and warms up, the legends will once again appear on the green fields and continue to delight fans with their skills.

Former player of the national team ...

Initiative of the Ukrainian Association ...

Former player of the national team ...