Media attention! We invite you to the second draw of the Unbound Cup 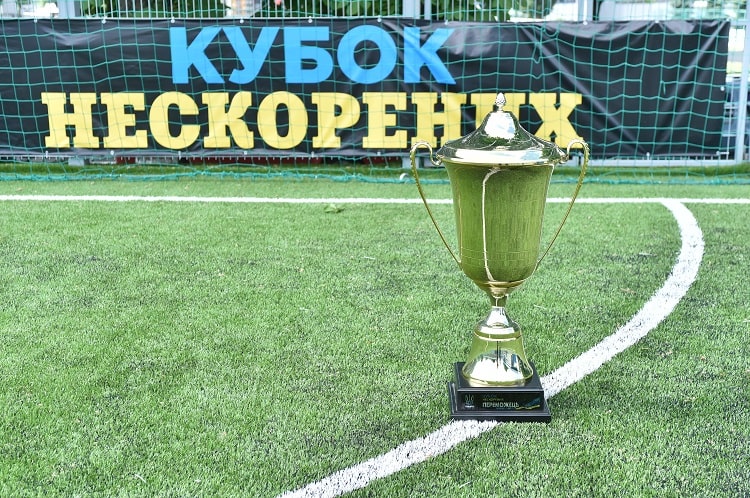 May 25 in the fields of STC. V. Bannikov starts the second draw of the traditional tournament "Cup of the Unconquered".

The participants of the competition are war veterans and active servicemen, employees of the security and defense sector of Ukraine, as well as volunteer formations who have certificates of participation in hostilities and received injuries, mutilations, contusions, or other diseases during or as a result of duty in the combat zone. actions in environmental protection / anti-terrorist operation, during peacekeeping operations with the participation of Ukraine.

The main purpose of the tournament is the physical and psychological rehabilitation of the defenders of Ukraine, as well as the strengthening of friendly relations between sports organizations of persons with disabilities.

The tournament is organized by the National Council of Sports Rehabilitation of Defenders of Ukraine and the Ukrainian Football Association.

Competitions will be held among participants in two categories:

- persons with amputation of one lower limb at any level while maintaining the function of the other limb. Players move with crutches without pathology of the vestibular apparatus and preservation of vision;

- persons with no lesions of the lower extremities or with partial damage to the lower extremities, who move independently without additional means: walkers, crutches. Hip and knee joints are allowed without pathology of the vestibular apparatus and preservation of vision.

The competition starts at 10.30. We invite the media to cover the event.