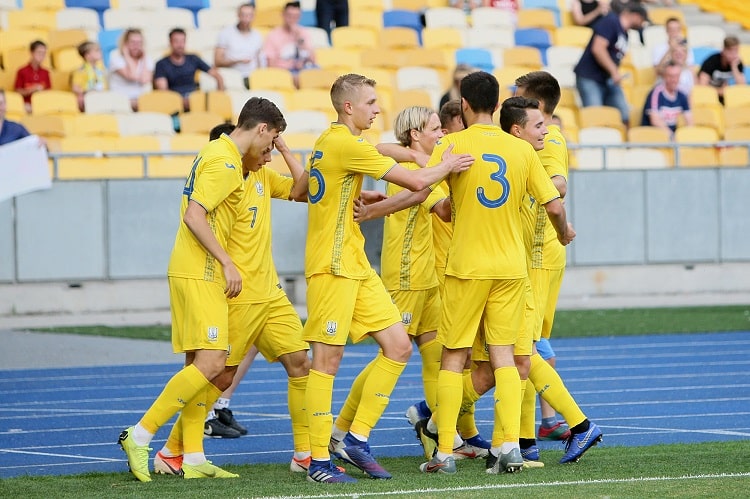 In the decisive match of the competition, everything was decided by the ball scored by Arsenal-Kyiv midfielder Mykhailo Mudryk, who came on as a substitute.

The last meeting of Ukrainians and Israelis at the Valery Lobanovsky Tournament took place last year. In the semi-finals of the competition, blue and yellow gave way to the opponent with a score of 0: 1. However, the owners were a team two years younger. At that time, Alexander Petrakov's wards were preparing for the final of Euro-2018 (U-19).

In the 16th draw, the opponents met as a youth team in a decisive match. It will be recalled that in the semifinals Israel won in Bulgaria, and Ukraine defeated Cyprus.

If in the starting minutes of the match the game was virtually equal, then in the middle of the half began to emerge a small advantage of the guests, at least in shots. Altman alone could hit the target three times. Ukrainians answered dangerously only once. In the 29th minute, Topalov checked the vigilance of the Israeli goalkeeper with a long shot. On finishing Smyrny aimed at the near corner, but Ohion and here was at the height. And in the 37th minute the hosts remained in the minority. Kozak waved away the opponent, for which he received a fair red card from Yevhen Aranovsky.

The beginning of the second half was marked by a barrage of attacks by the Israeli team, but miracles in the frame were created by Bilyk, who repulsed several dead blows. The blue-and-yellows met the standard, after which Topalov dangerously scored, but here too the goalkeeper won the duel.

The Israelis continued to own the ball and inflate the situation at the gates of Bilyk. Ukrainians were waiting for their chance in the counterattack. And waited for him in the 69th minute. Topalov passed to the penalty area, and there Mudryk, having dealt with the goalkeeper of the guests, shot at the target from an acute angle. 1: 0.

Naturally, the Israelis were not going to give up. For example, in the 80th minute Bilyk again became the hero of the episode, pulling a blow from Dasa. The last minutes of the match passed in the half of the blue-yellows, but the team withstood the pressure, defending the victory.

The guys of Ruslan Rotany, playing in the minority more than half time, were able to show character and win the tournament for the first time in 10 years.

Oleh Bilyk: We had a special motivation to win the Lobanovskyi Tournament

Next year for the grand prize ...

Maxim Lunyov: "The main task was to warm up ties and prepare for official fights"

Midfielder of the youth team of Ukraine ...