Before the start of the student national team: Ukraine at the World Universiade football tournaments 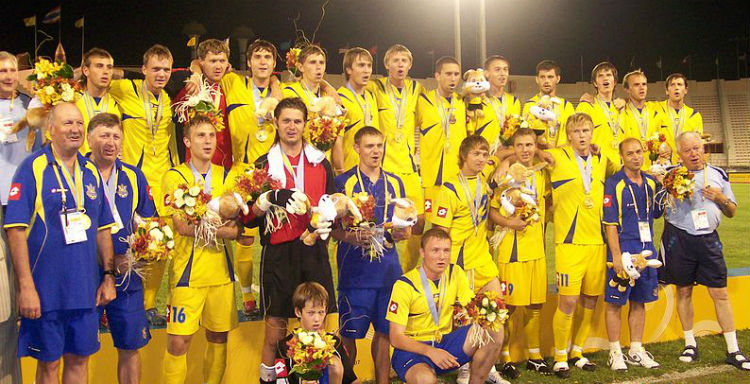 Team of Ukraine - winner of the World Universiade-2017

Football became part of the Summer World Universiade in 1979. Ukraine first presented its student national football team in 1995 in the Japanese city of Fukuoka.

The debut came out - from a place in a career. Our team reached the semifinals, where they lost to the South Korean team - 1: 3. In the match for third place, our guys lost to Russia with a similar score. Interestingly, the next attempt, in Sicily, Italy, followed the same scenario - a loss in the semifinals and a duel for third place and the final fourth place.

Ukraine first reached the final in 2001. However, the Ukrainian students were a little unlucky - the Japanese players were stronger and won 1-0. Therefore - only silver.

The fields of Thailand and Serbia can be considered happy for our national team, because at the next two Universiades Ukraine beat the Italian national team in the final. In 2007 in the city of Bangkok our footballers won - 1: 0. For two years in Belgrade, the wards of Volodymyr Lozynsky and Ivan Shepelenko celebrated the victory - 3: 2.

In total, after the flights in Beijing, Bangkok and Belgrade, 45 of our football students became masters of sports of international class.

Subsequently, twice more our teams could not overcome the group stage and stopped one step closer to the playoffs. Also, twice the student team of Ukraine reached the quarterfinals. So it was at the last Universiade - 2017 in Taipei, when our guys lost to Mexico - 0: 2.

At this year's tournament our rivals will be already familiar Italy and Mexico. Our guys will be able to demonstrate their intentions on the field today in a face-to-face meeting with the Italians (the match will start at 19.00 Kyiv time).

We will add that the future contender has already won his starting match against the Mexicans with a score of 2: 0.