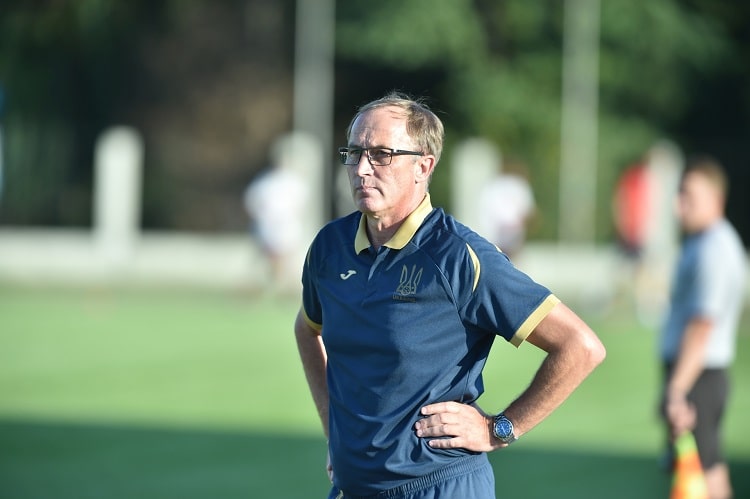 Head coach of the U-17 U-XNUMX national team Oleksandr Petrakov was pleased with the actions of his teammates at the Victor Bannikov Tournament.

Last week in Kiev and the region was held the Victor Bannikov Tournament, which was attended by eight U-17 youth teams. The blue-yellows in these competitions took second place, losing in the finals to the Turkish team.

The results of the training camp were summed up by the head of the national team of Ukraine Oleksandr Petrakov.

- Oleksandr Vasyliovych, are you very upset about not being able to win the home tournament?

- Not without it, of course. But I have repeatedly said that our team is preparing for qualifying for the European Championship, and the Victor Bannikov Tournament was one of the stages of this preparation.

- What you didn't like most about the wards' actions the final match with the Turks?

- In the last meeting of the group round, the coach of the Turkish national team gave rest to six of his leading players, but we could not afford this in the match with Israel. However, after the fight with the Turks, I thanked the guys. They had a good match, considering that the team played four matches in five days, and we had 10 debutants at this training camp. In this regard, I want to thank the leadership of the UAF for giving us five days for training. And the working and living conditions themselves were at a decent level.

- In this team, as you said, the selection continues. However, the team shows good football in segments. In which of the matches did you have the least claims against your wards?

- Exactly in duel with Israel. After the meetings with Latvia and Azerbaijan, the tournament was a day of rest, so the guys and I conducted a tactical training, analyzed the actions of the Israelis, showed everything. And what's nice is that the same newcomers understood everything, because all our tasks in the match with the Israelis were fulfilled.

- After this tournament, won't you say that we don't have enough talented football players born in 2003?

- Let's not say anything yet (smiles). Coaches will always have complaints about the performers, especially at this age. It is worth praising someone as a player lowers his demands on himself. Therefore, we will work and try to raise the level of skill of these guys.

- What are your team's immediate plans?

- Participation in the tournament of four national teams. On September 19 the team gathers, and on the 21st we have a game with Latvia. On the 23rd we will play against Turkey, and on the 25th we will play against Northern Macedonia. I want to believe that the clubs will understand and release the players who will be challenged, because there is no time for experiments, in two months - the start of qualifying matches for the European Championship, and our group is very serious ...

We will add that in the qualifying round of Euro 2020 (U-17), which is in November will be held in Portugal, the Ukrainian national team will play with the teams of Georgia (13th), Albania (16th) and Portugal (19th).

At the end of August, the youth national team of Ukraine U-16 (at that time already & ...

Today in Kiev at the STC. V. Bannikov will host the final match ...

Tournament of Viktor Bannikov. The matches of the final round of the group stage took place

Today the matches of the final, third round of the group round took place & nb ...

Volodymyr Yezerskyi: All matches in Poland were difficult, even against Malta

U-19: the youth national team of Ukraine from the first place made its way to the elite round of selection of Euro-2022

Even a draw with the Polish team in the last qualifying match ...

U-19: the youth national team of Ukraine won the second victory in the Euro-2022 qualification

In its second match of the qualifying round of Euro-2022, the youth team ...

Weekend for the legionnaires of the national team of Ukraine: the meeting of the leaders of our national team will take place in Manchester

Another weekend for the legionnaires of the national team of Ukraine, whom Oleksandr Petrakov invited to the fox ...