News from the camp of the national team of Ukraine: the adventures of the Italians and the first training of the team 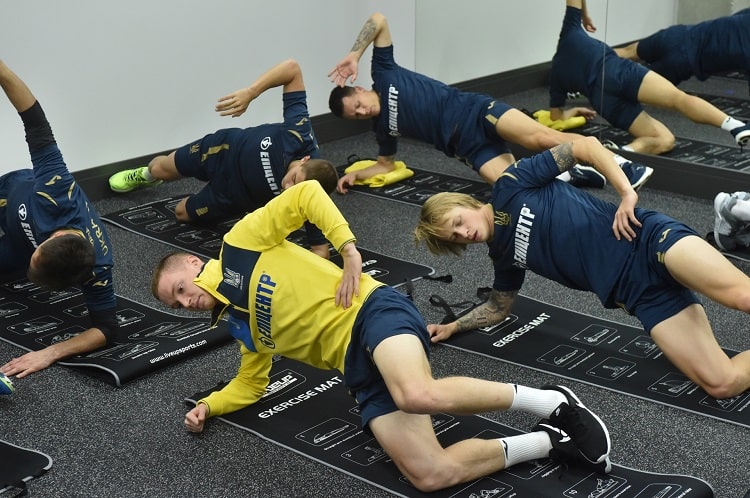 The first day of the national team training session was completed by training in the hall and in the field, as well as recovery procedures.

The boys are coming together

The day of arrival in the national team is always special. The boys gradually gather at the team's location, which is due to the arrival of their flights. And if most of the players whose clubs are based in Kyiv or who managed to arrive in the capital before the morning departure to Kharkiv, entered the cozy apartments of the Superior & Golf Resort before lunch, others had to spend almost the whole day traveling.

Adventures of Italians on air routes

For example, the Italians Ruslan Malinovsky and Eugene Shakhov, who after the game of his "Lecce" with "Atalanta" Ruslan spent the night in the apartment of a countryman to fly from Bergamo, had to wake up at three in the morning. Eventually, their flight was delayed, and the boys were forced to reach Kharkiv by train. And although it is a fast "Intercity", the journey did drag on. No, the railway did not fail - everything is on schedule, but no matter how hard you try, the train is not a plane. Then Ruslan and Yevhen, having missed the fitness training, immediately went for recovery procedures, after which they had dinner with old friends from the national team. 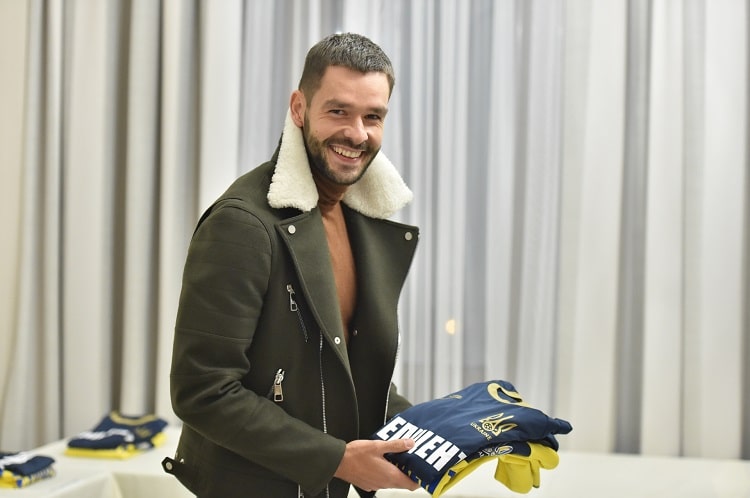 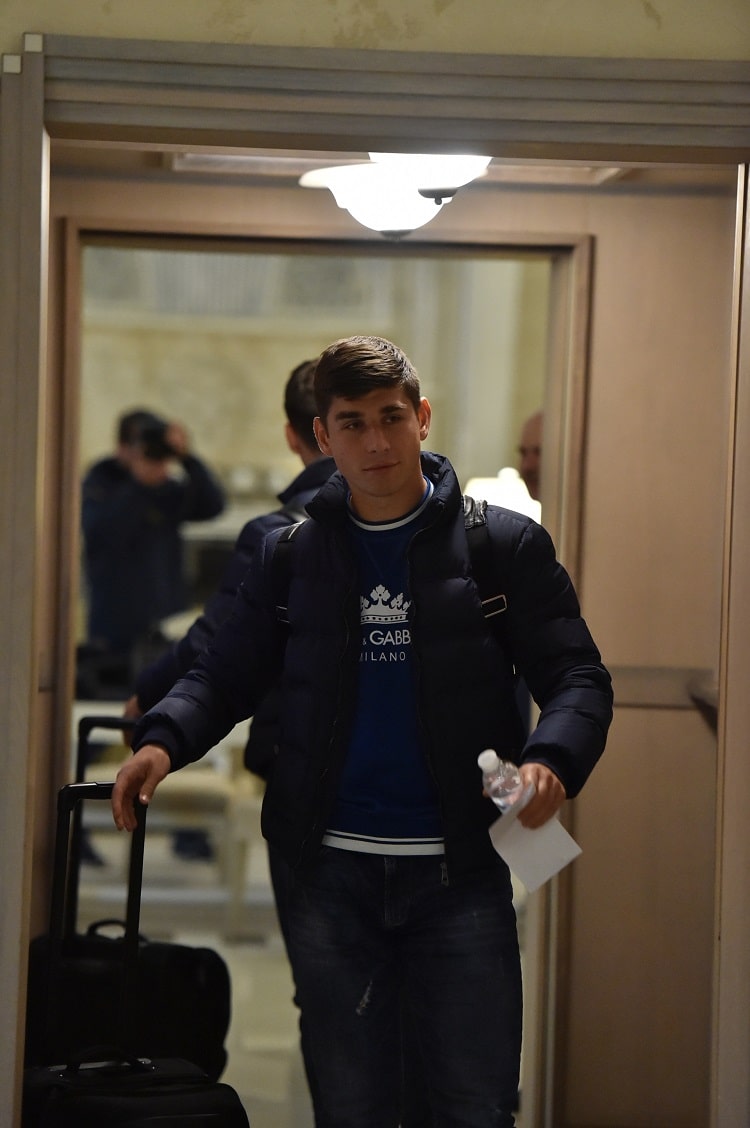 A little earlier for this couple, yesterday's opponents - Belgians Eduard Sobol and Igor Plastun - arrived at the hotel. These players did not have such incidents, just a flight from Brussels via Warsaw was not scheduled for the morning. Finally, two players who are completing the arrival of the called performers, Oleksandr Zinchenko and Roman Yaremchuk, arrived in Kharkiv at 20.20:XNUMX p.m. 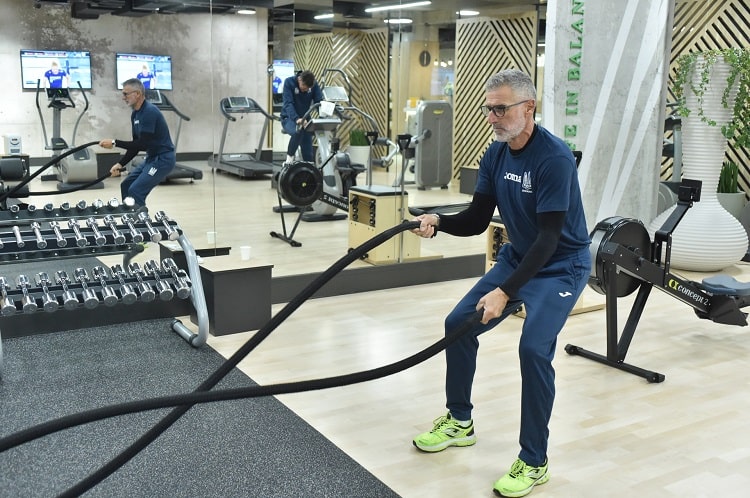 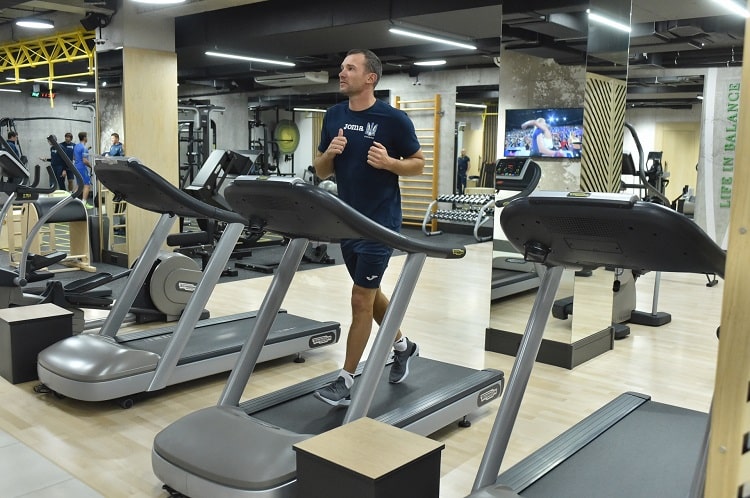 Fitness training for everyone and running for the quartet

While the mentioned legionnaires were getting to their destination, most of the teams held an evening fitness class under the guidance of physical training coach Ivan Bashtovy. The specialist offered players a set of exercises to prevent injuries, restore muscles after recent exercise in club games and stabilize measles muscles. 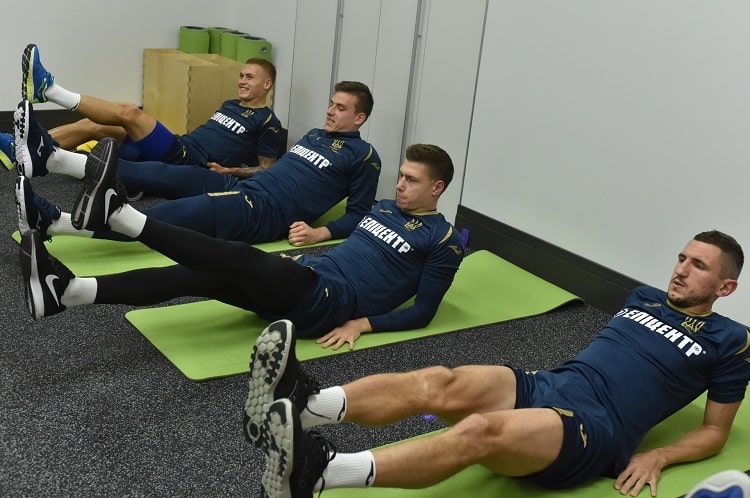 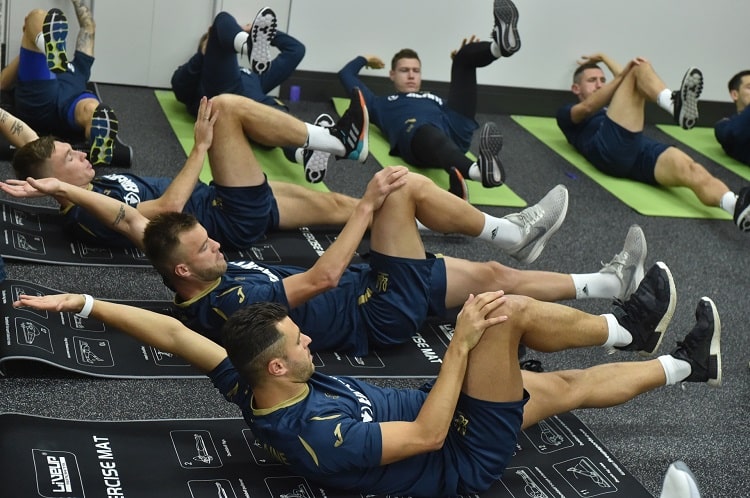 The guys practiced with desire and knowledge of the case, and after sweating, went to the sauna and pool - all but four, which was not involved in yesterday's matches at the club level. Buyalsky, Kovalenko, Bolbat and Matvienko carried out running work on the lawn of "Sunny", which this evening lived up to its name only thanks to artificial lighting. Rainy weather returns to the realities of autumn, although this fact does not affect the excellent drainage of the field. The four received cardio, which will help bring players to a single functional denominator with the rest of the team. 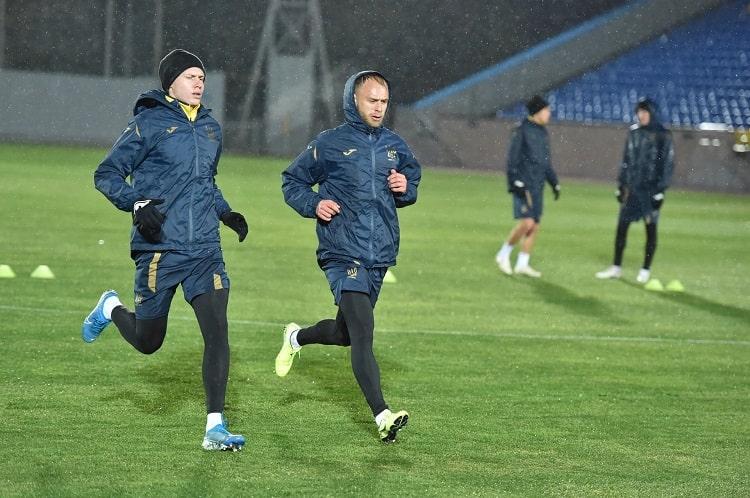 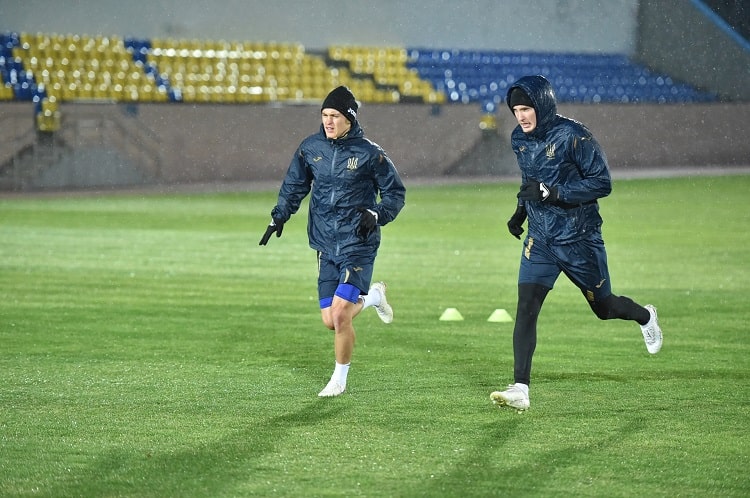 A joint dinner at the end of the day of the race, during which Zinchenko and Yaremchuk will join the team, is a symbol that the national team has gathered and will start preparing for the two decisive matches of the Euro 2020 qualifying campaign with one friendly group. Tomorrow, the blue and yellows are waiting for a meeting with their loyal fans during an open training session at Metalist Stadium. And in front of him, the team's head coach Andriy Shevchenko will meet with the media in the format of a press conference.

Mid-week for the legionnaires of the national team of Ukraine: the derby of Yarmolenko and Sobol and the cup quarterfinal of Malinowski

Weekend for legionnaires of the national team of Ukraine: goals by Yarmolenko, Makarenko and Shakhov

Last weekend to the official ma ...