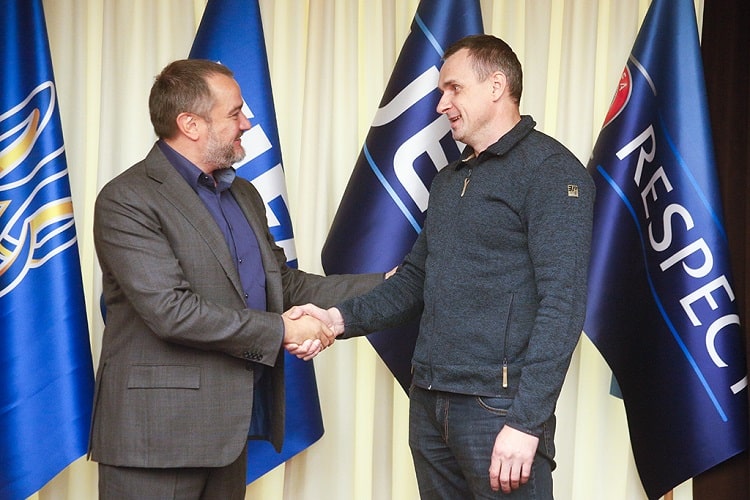 Today, on October 9, at the invitation of the President of the Ukrainian Football Association, member of the UEFA Executive Committee Andriy Pavelko, a well-known public activist, film director, writer, screenwriter and devoted fan of the national team of Ukraine Oleg Sentsov visited the House of Football.

A little over a month ago, on September 7, Oleg, along with other patriots, was released from the captivity of the Russian Federation and returned to Ukraine.

In a conversation with the president of the UAF, Sentsov spoke about patriotic ultras from his native Crimea, about how he supported the main team of Ukraine in the Russian prison and whose football skills he admired as a child.

"When the Russian annexation of Crimea began in March-April 2014, all the ultras of Simferopol's Tavria were with us and advocated for a united Ukraine," Sentsov said in a conversation with Andriy Pavelko. By the way, it was Tavria fans who initiated a large-scale action at the Olimpiysky National Sports Complex in support of Oleg in July 2018, and fan movements of many other Ukrainian clubs joined the event. 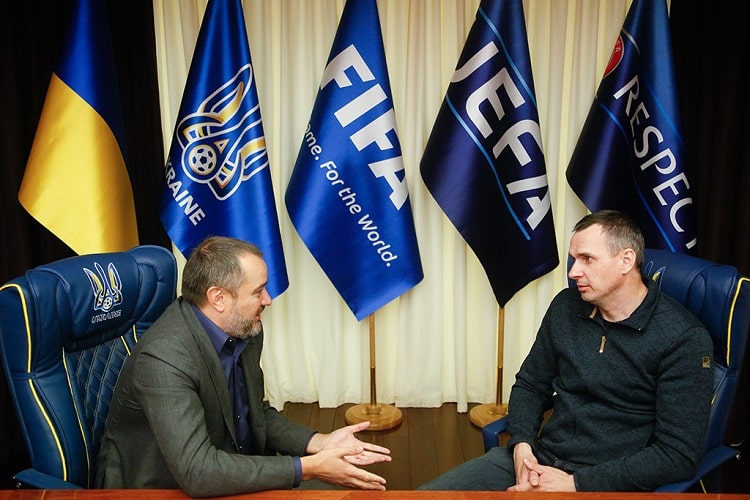 Oleg Sentsov spent almost five and a half years in prison in Russia and was illegally sentenced to 20 years in prison on falsified charges. At the same time, the patriot, according to him, tried to follow the performances of the national team, for which he actively supports. "I tried to watch all the fights and was worried about the result. Therefore, I am very glad that I will soon have the opportunity to watch and support our team at the stadium, "said Oleg Sentsov. 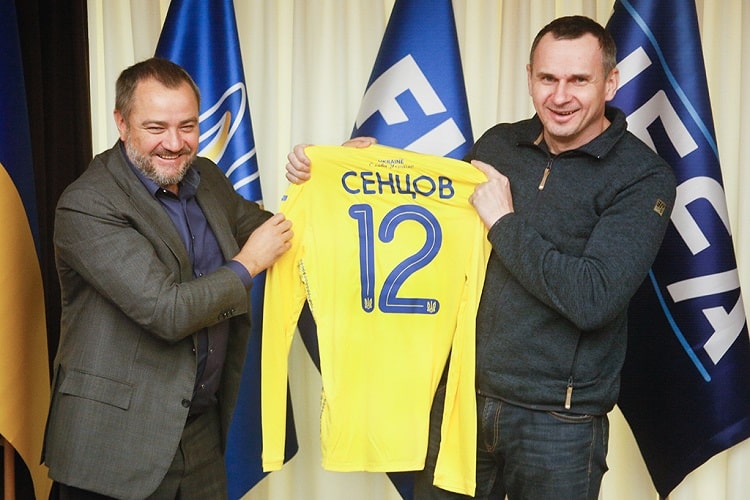 He was very happy to learn that he would support Andriy Shevchenko's team with the two Golden Ball winners, Oleg Blokhin and Igor Belanov. "These are legendary footballers! I remember watching matches involving them as a child, "Oleh Sentsov recalled. 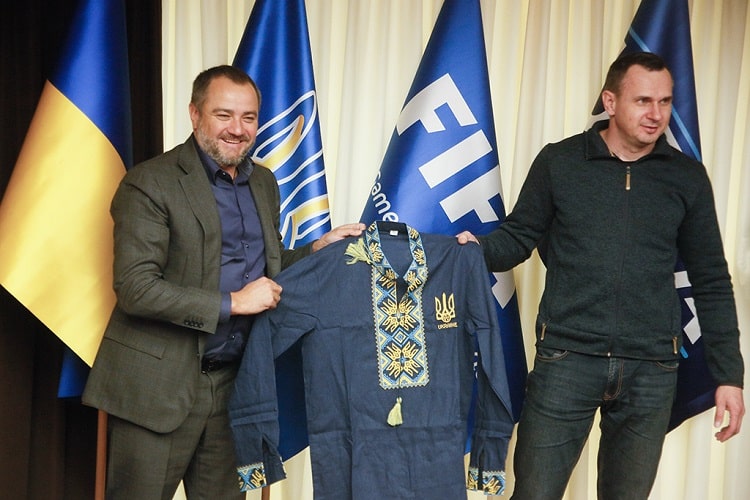 "It is a great honor for me personally and the Ukrainian Football Association to invite you and all the released Heroes of Ukraine to the match of the national team of Ukraine. We also support the good tradition of inviting combat veterans to such fights. This is important for them, and their presence in the stadium is very important for us and the players. The players and the head coach of the team always emphasize this. We are proud of you! ” - Andriy Pavelko emphasized in communication with the guest of honor. 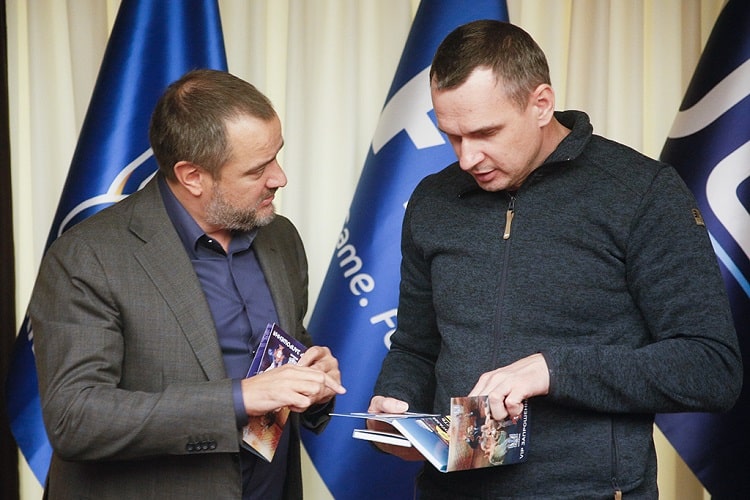 To commemorate the meeting, the President of the Ukrainian Football Association presented Oleg Sentsov with souvenirs, including a unique embroidered shirt and a ball with the autographs of the main team players, as well as an invitation to the Ukraine-Portugal match.

Delegation of the Ukrainian Association of ...