Euro 2020. The Ukrainian national team defeated the Lithuanian team and made another step towards the final tournament 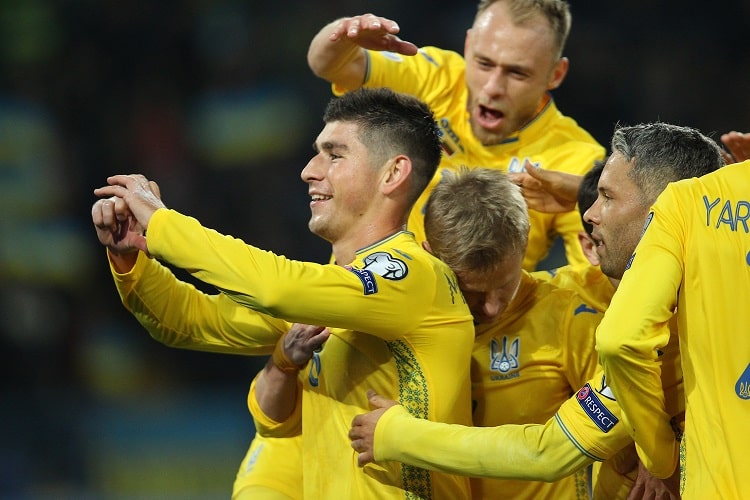 In Kharkiv blue-yellow beat the Lithuanians thanks to a double by Ruslan Malinowski.

The starting line-up of the national team of Ukraine confirmed the serious attitude of the hosts to the next clash with their opponent, whom they confidently beat a month ago in away game (3:0). Despite the match with the European champions, the Portuguese, which is waiting for the blue-yellows for three days, almost all the main performers were involved at USC Metalist on Friday.

Compared to the September game with the Lithuanians, there were two changes among the top 11: instead of Mykolenko, who missed several training sessions due to injury, Sobol came out, and Yaremchuk was replaced on the edge by Moraes. Thus, the left flank of Shevchenko's team looked a bit unusual, on which a connection of Sobol and Marlos, who had not played together before, was to operate. 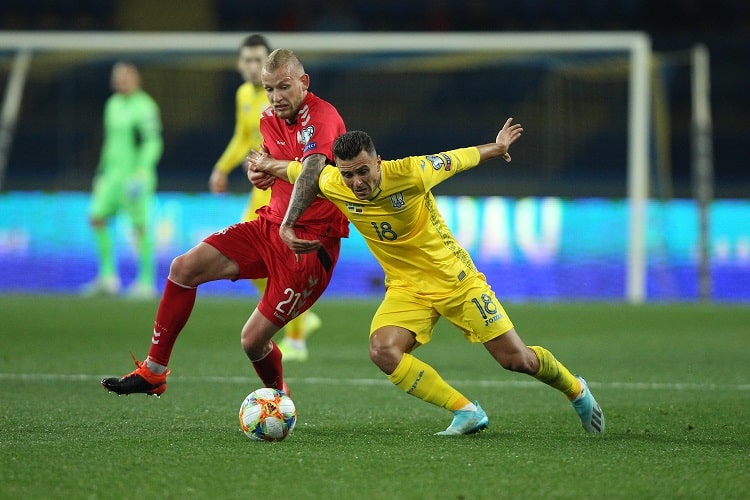 The turbulent beginning set the tone for the game

However, as the game showed, in fact Marlos often moved closer to the center, leaving an eyebrow at Edward's disposal. By the way, it was from the left flank that came the first threat to the visitors' goal: already in the 3rd minute after Sobol's submission, his head struck a dangerous shot at the Moraes goal, but he was slightly missed. Just like a little later, Marlos, who struck from the penalty line, and Stepanenko, who connected to the corner. And the moment that ended with Zinchenko's strike was fourth in the Ukrainian national team in 12 minutes. 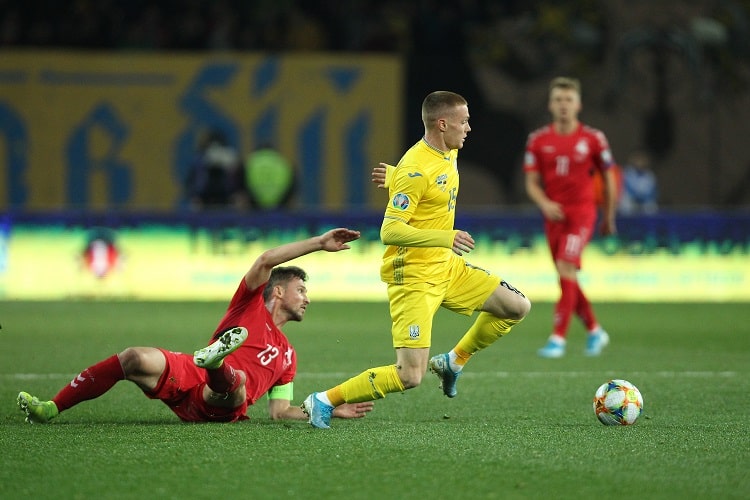 The turbulent beginning set the tone of the game, which continued to look interesting and emotional and predictably passed under the dominance of blue and yellow. After losing the ball, the Ukrainians, as a rule, immediately entered the selection with great force in the other half of the field, not allowing opponents to start building attacks. 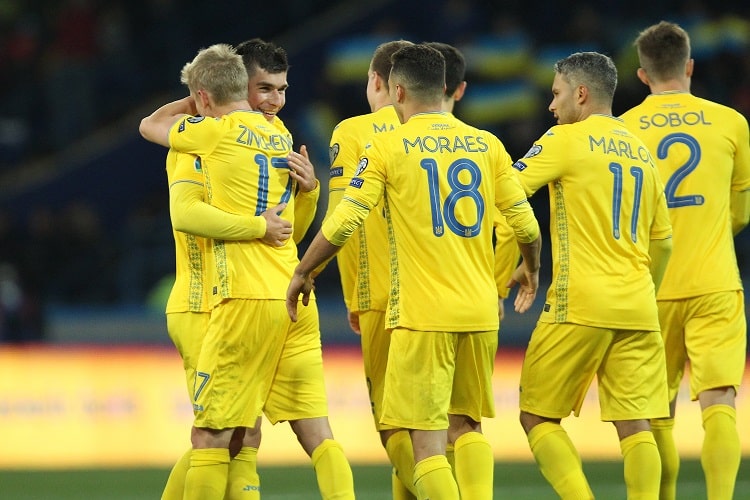 Found a gap in the center of Lithuanian defense

But the hosts managed to overcome the tight defense of the Lithuanian team only in the 29th minute. Finally, one of the many shots was accurate: Malinowski and Moraes in the center of the two passed defensive structures of the opponent, and Ruslan irresistibly broke through. And in three minutes Yarmolenko could have doubled the score, but hit the crossbar. 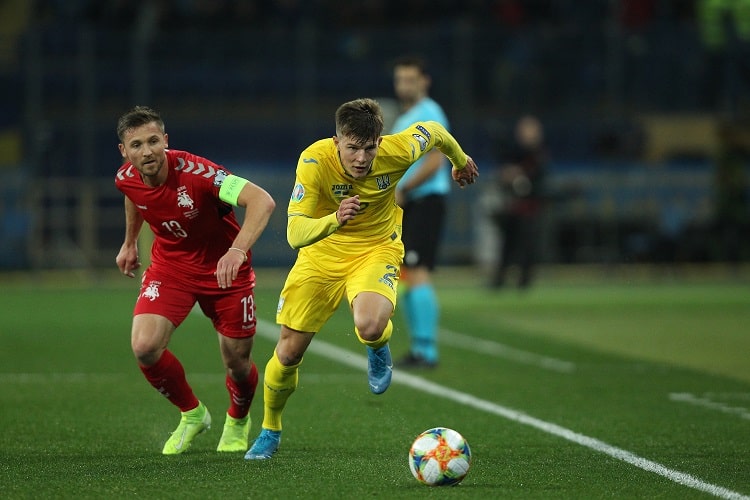 In the second half, the Ukrainian national team slightly reduced the intensity of the actions, but in general continued to keep the course of events under control. And in the 58th minute Malinowski managed another effective blow. Yarmolenko earned a free kick and Ruslan scored from the standard. Zinchenko had a great chance to make the score a smash hit, but did not hit the goal with a Sobol transfer. The Lithuanians created the first goal of the match in the 83rd minute, but Pyatov coped with a shot by Verbitskas.

Andriy Shevchenko's team won the fifth victory in a row in a row and is one step closer to winning a ticket to Euro 2020. 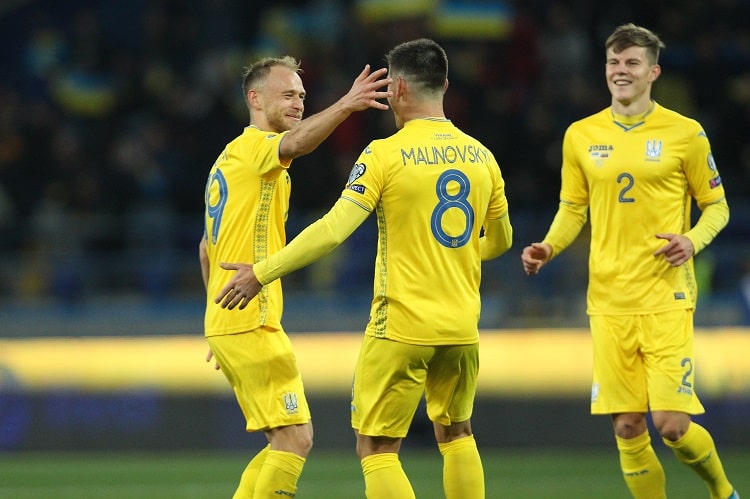 Euro 2020. All participants of the final tournament were determined: group composition

At a press conference dedicated to ...

In the match of the 15th round of the champion ...

In fact, a weekend for legionnaires with ...