Futsal UEFA Champions League. Azerbaijan wins Araz in the third match of the main round of Prodexim 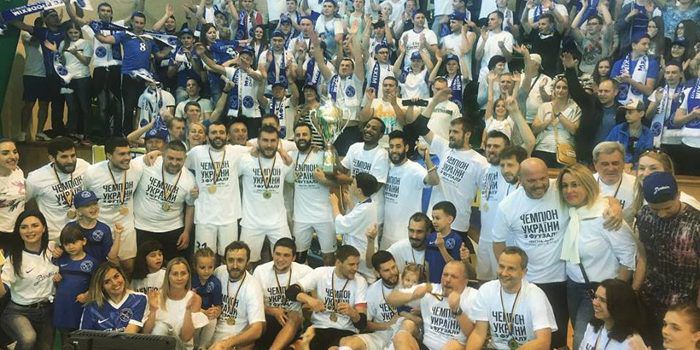 Kherson's Prodexim ended the main round of the UEFA Futsal Champions League with a victory over Azerbaijan's Araz.

After two rounds, the wards of Xavi Rodriguez have already secured a place in the elite round of the tournament. After a draw with Benfica (1:1) and victory over Halle-Goyk (7:3) Prodexim secured one of three places in Group 2.

Today's match could only affect the distribution of seats in our quartet. However, this did not cool the Ukrainians, who scored eight goals for their Azerbaijani opponent. In response, "Araz" managed only three accurate shots. In the end - 8: 3 in favor of "Prodexim".

In the last match of our group today, Lisbon's "Benfica" with a score of 6: 2 defeated the Belgian "Halle-Goik".

In the elite round, 16 clubs will again be divided into four groups, the winners of which will receive passes to the final stage. The deadline for the elite round is November 19-24. The draw will take place on October 18 (starting at 15.00 pm Kyiv time).

Captain of the Ukrainian national futsal team Petro Shoturma as a member of the Kherson ...

In the final match, the winners of the previous two years came together & mdas ...

The dates and time of the start of the matches of the 1/8 finals of the Champions League have been determined ...