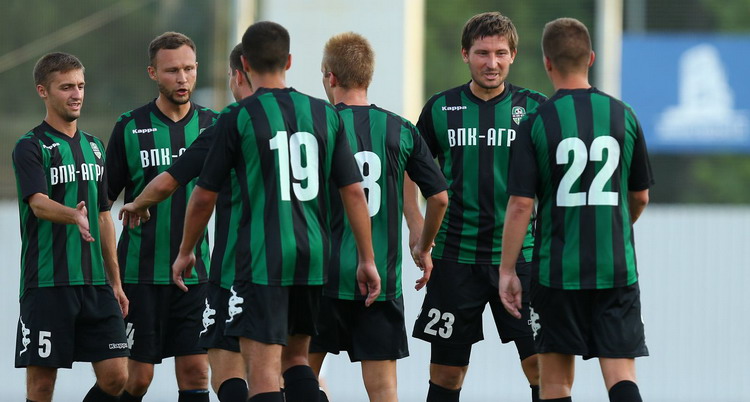 "Bukovyna" before the next calendar match with "Dinaz", which has been performing very successfully lately, found itself in an extremely difficult situation.

Immediately, four Chernivtsi football players were forced to miss the match due to disciplinary sanctions. If we take into account that "Bukovyna" still could not boast of a long bench, it was difficult to scrape the performers for the starting lineup. It was especially difficult with the players of the offensive line, because among the disqualified were Vasyl Palahniuk, Andriy Ponedelnik and Alexandru-Vasile Muntyan.

And Dinaz's footballers took full advantage of the personnel problems of Bukovynians. Having opened the score in the debut, in the future they easily repulsed the attacks of the hosts and recorded another three points in their assets, which allowed them to gain a foothold in the top group. Agree, for the debutants of the second league - a very decent result!

Nevertheless, the central match of the tour took place in Zhytomyr, where Polissya hosted Ternopil's Niva. Both teams can boast of fighting spirit, because in several matches they snatched victory in the last minutes. By the way, in the first round, Niva striker Serhiy Kyslenko scored a goal for Polissya in stoppage time. This time, too, no one wanted to give up. Opponents sought the shortest path to the goal, but all their attempts to hit the target were unsuccessful. The final draw should be more satisfied for the guests who continue to lead the standings.

And in group "B" in the center of attention was the confrontation in Sumy, where "Alliance" clarified relations with "VPK-Agro". The hosts, although two points behind, had a game in hand and in case of victory exchanged places with the guests in the standings. It should be reminded that it was after the defeat in the first round in Magdalinivka that the acceleration of Alliance players began. Suffice it to say that before today's match Yuri Yaroshenko's wards have won nine championships in a row. Of course, they really wanted to take revenge, but, as they say, they found a scythe on a stone… In the 85th minute, VPK-Agro station wagon Oleksiy Krasov forced the hosts to capitulate with an accurate shot. 0: 1 - and the guests broke away from the pursuers.

"Crystal" is ahead - despite the fact that he failed to win at home in the team "Real Pharma", which in the last rounds to some extent rehabilitated for a failed start. Even the next goal of Andriy Barladim, who is leading among the scorers with nine goals, did not help Kherson to achieve the desired goal. But VPK-Agro players are already breathing down Crystal's back «