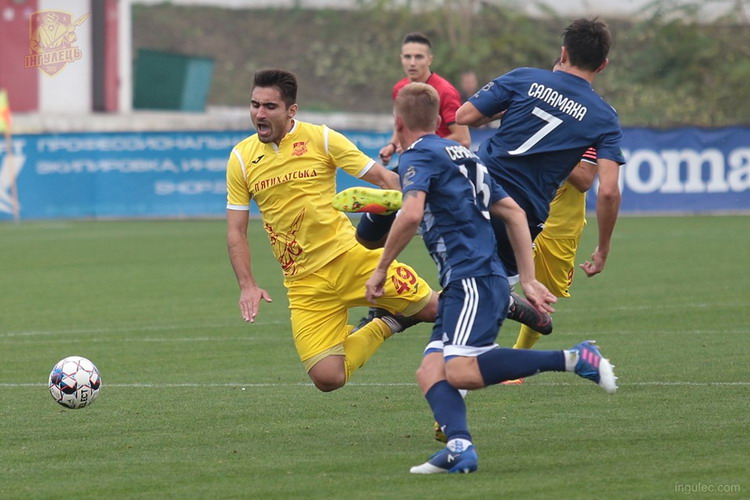 Ingultsa scorer Nick Sichinov has drawn a double in the match against the Balkans and continues to be a leader in the field of goalies. Photo by ingulec.com

We should pay tribute to the management of FC Volyn, which after a series of September failures of Lutsk footballers continued to trust head coach Andriy Tlumak, although he was ready to resign. It did not lose.

Volynians managed to recover, won five victories in a row and were again among the contenders for promotion. The last victory, over the neighbor on the tournament table, "Pass", went to them in a difficult fight. Before the break, the game advantage of the hosts was not in doubt, but Mladen Bartulovich failed to materialize it into goals, twice missed from a favorable position. But in the middle of the second half Andriy Tlumak guessed with a substitution: young Oleksandr Klymets added aggression on the left flank, and it was from his transfer that Denis Kozhanov opened the scoring with a cannon shot from the penalty area. It was the 10th goal of the Volyn station wagon, and it came close to Ingulets striker Nika Sichinava, who scored a double a few hours earlier in the confrontation with the Balkans.

Minaya players managed to seize the initiative only at the end of the match, even their goalkeeper Artem Kulinich joined the attack when drawing standard positions, but Volyn managed to keep the winning score, although the Brazilian legionnaire Araujo managed to miss the goalkeeper's goal. 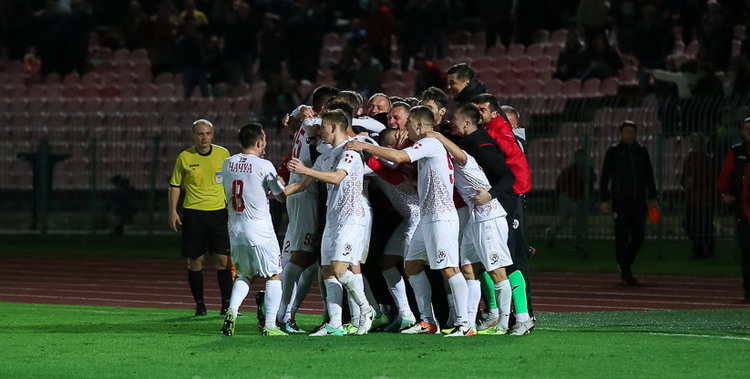 Volyn footballers snatched victory from Minaya and established themselves in the leading group. Photo by fcvolyn.net

"I am satisfied with the actions of my wards," said Andriy Tlumak, the manager of Volyn, after the final whistle. - They had every chance to remove the question of the winner before the break, but the implementation failed. In order to tilt the scales to my side, I had to add speed, so I let Oleksandr Klymets on the field. And he did not fail, making an effective transfer… "

"I felt that the fate of the match would be decided by one goal scored," said Minya head coach Vasyl Kobin. - Unfortunately, we, unlike the hosts, did not use our moments. And yet, despite the defeat, the players of "Minaya", debutants of the first league, proved that they can play on equal terms with any team in this division «"

Rukh remains true to itself, demonstrating pragmatic football. In the match against Avangard, Leonid Kuchuk's wards first of all took care of the reliability of the rear, and after opening the score quite unexpectedly in their debut, they skillfully slowed down. The hosts, only at the end of the match adding speed, began to dictate the conditions and can only complain about themselves, because they did not score twice from positions from which it is very difficult not to score… Having scored very valuable three points, Lviv continues to be shadow leaders.

Nevertheless, the central match of the tour took place today in Kyiv, where Obolon-Brovar hosted Agribusiness. Since the neighbors met in the standings, as they say in such cases, at stake were six points. The Brewers took the lead in the 45th minute, when their striker Oleksandr Batalskyi scored. After the break, Serhiy Kovalets 'charges took up counterattacks, forcing the guests' defense to be constantly vigilant. However, they failed to block Ruslan Chernenko's shot, and in the 70th minute the score was 1: 1. Moreover, Kyivites soon remained in the minority after the removal of Oleksiy Maidanevych. However, the last word was left to the hosts: in the fifth compensated minute, their legionnaire Guttiner scored the winning goal!

While the players of the first league teams ...