First League. Volyn was more successful in the implementation than the Movement, and Agrobusiness was mostly pressed by Ingulets 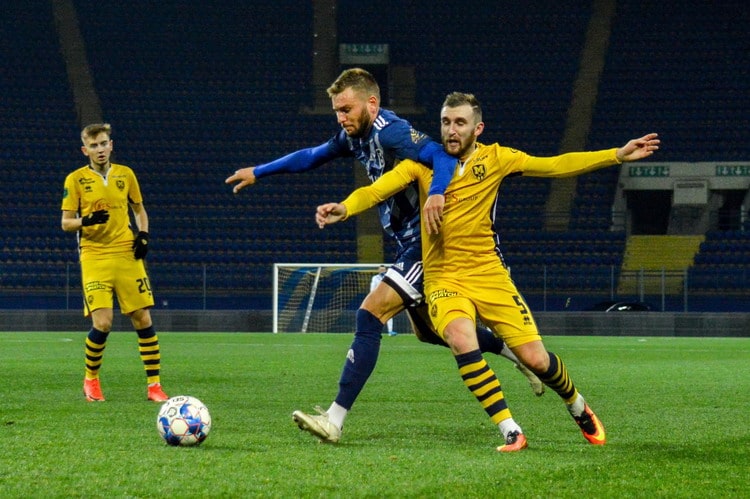 Not showing their best qualities, the players of Metalist 1925 still managed to take the mountain over the Balkans. Photo by metalist1925.com

Confrontation in Lutsk "Volyn" and "Movement" on tension, according to many experts, had no analogues in the current championship of the first league.

The players tried to move quickly from defense to offensive operations, a tough fight on every piece of the field led to withdrawals, and the highlight was five goals scored for all tastes. Unlike Lviv, the hosts failed to use the fighting force, first of all serious personnel problems arose in the defense. That is why Andriy Tlumak, the manager of Luhansk, was forced to return the stopper Miha Horopevshek, who recently played in the center of the attack, to his usual position. Legionnaire Siavash Hagnazari acted on the edge of the attack.

Volyn managed to tip the scales in their favor only in the second half, when after the removal of the already mentioned Goropevshek and Yuri Nikityuk, the rivals played in incomplete squads. The hosts were much more accurate in the implementation of goal moments.

"This match corresponded to the level of the elite division," said Andriy Tlumak, the head coach of Luhansk, after the final whistle. - I was informed that the guests were rearranging their benches, but they did not surprise us. I believe that we have achieved our goal thanks to desire and patience. "

"First of all, I want to thank Volyn for the game," said Rukh leader Leonid Kuchuk. - Unfortunately, we acted very inattentively at our own gates during the draw of standard provisions. Believe me, it is very difficult to catch up with rivals, especially the hosts, although we tried to please the fans with quality football. But you can't play on emotions, they hindered us today, not helped… » 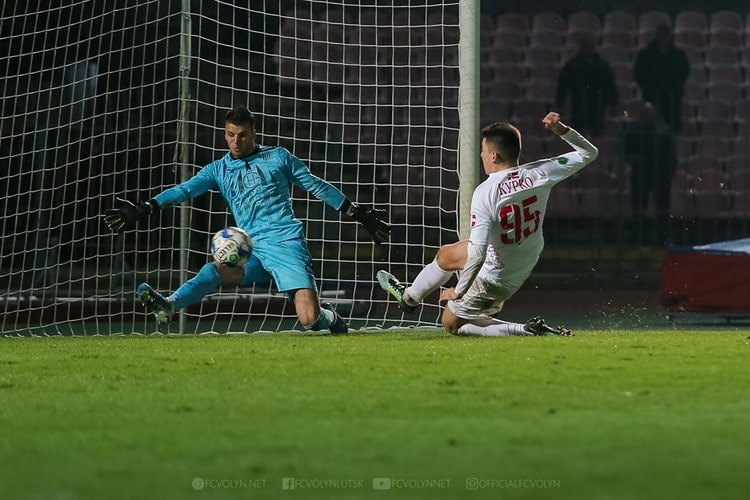 The seventh victory in a row helped "Volyn" to bypass in the standings not only "Movement", but also "Ingulets", which quite unexpectedly lost in Volochysk to the local "Agribusiness". The guests were let down by the experienced Vladislav Lupashko, who was removed for two warnings. The hosts first leveled the situation, but at the end of the match they pressed the opponent when Ihor Boychuk struck a well-aimed shot. 2: 1. The guests failed to escape defeat, despite the storming of the gates of Podolia. The players of "Agribusiness" returned to the top group, and "Ingulets" significantly worsened their chances of promotion, as the victories were celebrated by the neighbors in the standings - "Metalist 1925" and "Minai", in which Anatoly Nuriev scored a double.

Today, Obolon-Brovar players could return to the top if they beat the outsider Cherkasy region. The Brewers took the lead in the 31st minute at the stadium in Shchaslyve, where Cherkasy played its home game, thanks to a penalty awarded by Oleksandr Batalsky. But after the break, the wards of Oleksandr Kyryliuk, who again led Cherkasy, pushed the game away from their goal and after a strike by Andriy Storchous leveled the score. However, the last word was left for Kyiv: in the third compensated minute Taras Puchkivsky, who came on as a substitute, successfully played in the finish and brought his team three points. 1: 2.

While the players of the first league teams ...