Euro 2020. The Ukrainian national team in the status of a participant of the final tournament finished the selection with a draw in Serbia 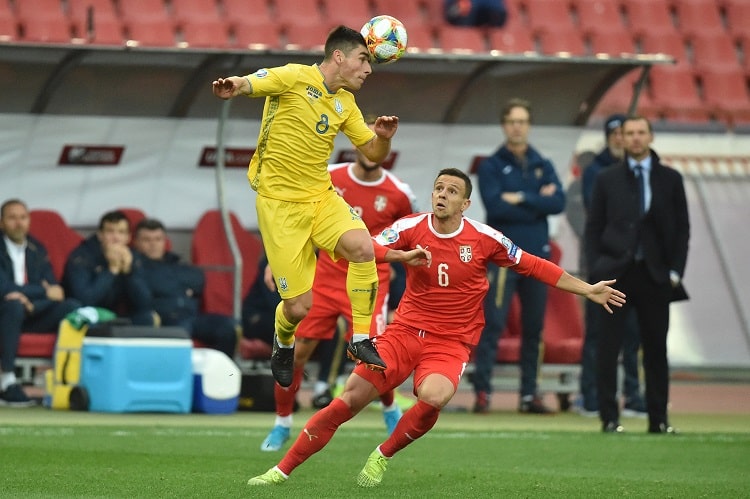 The National Team of Ukraine conducted its last Euro-2020 qualification match, guaranteeing first place in the group in advance.

However, the result of the match was also of practical importance for the Blue and Yellows, as a win or a draw guaranteed them a seed from the first basket during the draw of the main stage of the European Championship.

The lineup in which Andriy Shevchenko's wards came to the game was slightly different from the usual one. The midfield line underwent the biggest changes, where Stepanenko, Marlos and Zinchenko fell out of the cage for various reasons, and Konoplyanka's condition allowed him to be only among the substitutes. So for Sydorchuk, Kovalenko and to some extent for Tsygankov, the match with Serbia was an opportunity to prove that they deserve more playing time in the main team of the country.

The game in Belgrade did not arouse much interest among the local public. The stands of the stadium, which can accommodate more than 50 spectators, were less than one-fifth full. The match started with the attacks of the hosts, however, the case helped them to open an account. Tadic struck from outside the penalty area, Pyatov controlled the situation, but the ball hit the hand of Matvienko. The referee appointed an 11-meter, from which the same Tadic did not make a mistake.

Towards the middle of the half, the Ukrainians were able to transfer the game to the goal of the Serbian national team and created some moments. Tsygankov shot well down, but the goalkeeper chose the right position. Yarmolenko, who was closer to the center, had a good chance to stand out, while Yaremchuk, as in matches with Portugal, often shifted to the left: Andriy finished the attack with a second pace, Raikovich was played and could not help his team, but the shot went into the rack.

The advantage of the blue-yellows in these minutes was finally embodied in Yaremchuk's goal. Roman scored a perfect header from Tsygankov's flank pass and with four goals became the single best scorer of our national team in the current cycle. Shortly before the break, Yaremchuk had another chance, but this time Raykovych parried his shot from the penalty line in a jump. 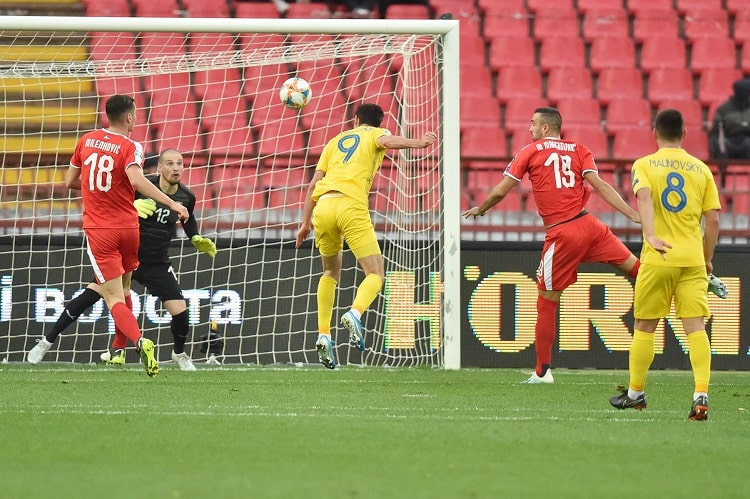 At the beginning of the second half, the home team made one of their positional attacks: Mitrovich, who, after Tadich's flank pass, was behind Karavayev's back, outplayed Pyatov with a short-range shot. By yielding to the bill, Ukrainians seized territorial advantage, but could miss more. Again Mitrovic struck the final blow after a Serbian counterattack, but Pyatov prevented him from drawing a double.

87 minutes into the match, Shepelev came on for a chance to level the score, but from a promising position, he shot the ball wide. However, in compensated time, the blue and yellow staged an invasion of the Serb gates and snatched a draw. Another Andrey Shevchenko's wild card, Besedin, scored from Yarmolenko's transfer. 2: 2.

So, the Ukrainian national team is waiting for the draw of the Euro-2020 final, which will take place in Bucharest on November 30. 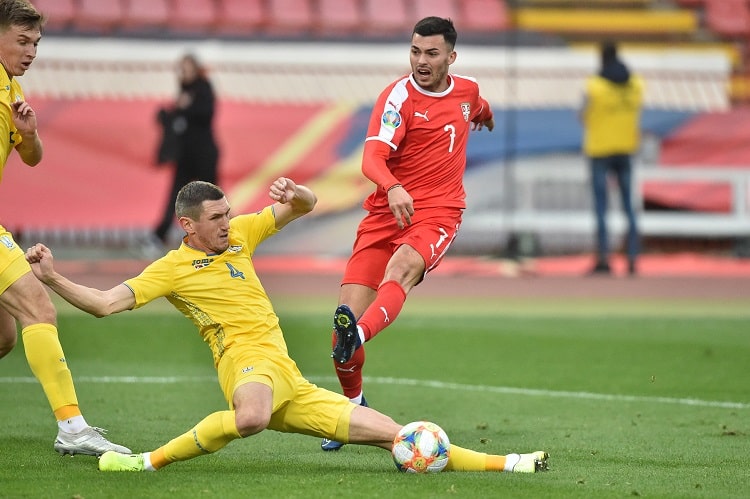