UEFA Champions League. Shakhtar lost to Atalanta and did not make it to the 1/8 finals 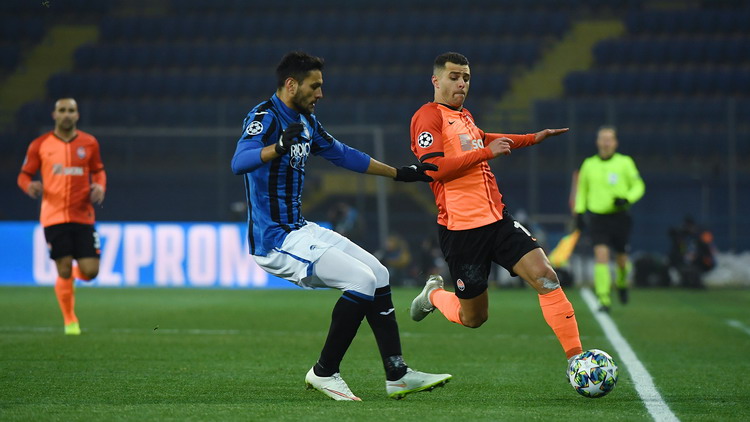 The Miners have finished third in the Champions League group stage and will participate in the Europa League playoffs.

In order to guarantee their participation in the Champions League playoffs, Shakhtar had to win the match against Atalanta. The draw could have suited Luis Castro's team, but then it was necessary to expect that Dynamo would not win at ManCity, which no longer had tournament motivation in the Zagreb match, as it had secured the first place in the group in advance.

The beginning of the match was left for the guests, who, unlike Shakhtar, were satisfied with the victory only from the tournament point of view without any other options. High pressure in the performance of the Italian team was a difficult obstacle for the miners, it was rare to get out from under it. The pressure of "Atalanta" was felt in the 5th minute, when Ismaili, making a transfer back to Pyatov, made a mistake. But, fortunately for the Orange and Blacks, Pashalych, who hit the goal, did not do it in the best way.

However, when the guests slightly reduced the intensity of their actions, the miners began to attack. Kovalenko even sent the ball into the opponent's net, but the goal was not scored due to offside. Before the break, Shakhtar carried out several very high-quality attacks. The closest to success was Moraes, after which Gollini's head miraculously pulled the ball out from under the crossbar. Atalanta, in which Muriel was on the edge several times, was also looking for happiness ahead. From the penalty spot, the Colombian scored above the goal, and Pyatov did not allow him to score from the game.

In the second half, the guests gradually took over the territorial advantage and managed to turn it into a goal in the 68th minute: Kastan scored from a pass from ex-player of Kharkiv "Metalist" Gomez. Initially, the refereeing team recorded an offside, but after the intervention of the referee's video assistant, the goal was scored. Soon Donetsk remained in the minority after the removal of Dodo, and later the Italians excelled for the second time. Malinowski made a forceful pass from the penalty spot, and Pashalych put his foot on the near post.

Even with a score of 0: 2, the hosts had a chance, but Ismaili hit the crossbar, and Alan Patrick's shot pulled Gollini. Shakhtar will finish third in the group, taking into account the victory of Manchester City, and will take part in the Europa League playoffs in the spring.

UEFA Champions League. Group round. Round 6