"Evening of Champions". $ 1 in prize money for the U-000 national team for winning the World Cup!

The historical achievement of all Ukrainian football, the World Cup, deserves special mention and a unique format for such an event.

Today, the Ukrainian Football Association and the Ferrexpo group of companies present such a holiday to the U-20 champions' team led by Oleksandr Petrakov, members of their families and the first coaches of our football heroes. In the summer of 2019, the Ukrainian U-20 national team in Poland pleasantly surprised not only domestic fans, but also the whole world!

Naturally, the success of the highest level deserved special awards from the Ukrainian Football Association, which was announced immediately after the winning final by the President of the UAF, a member of the UEFA Executive Committee Andriy Pavelko. Today, the winning team received a well-deserved championship gift - "Evening of Champions" and a check for $ 1 as bonuses for a historic triumph! 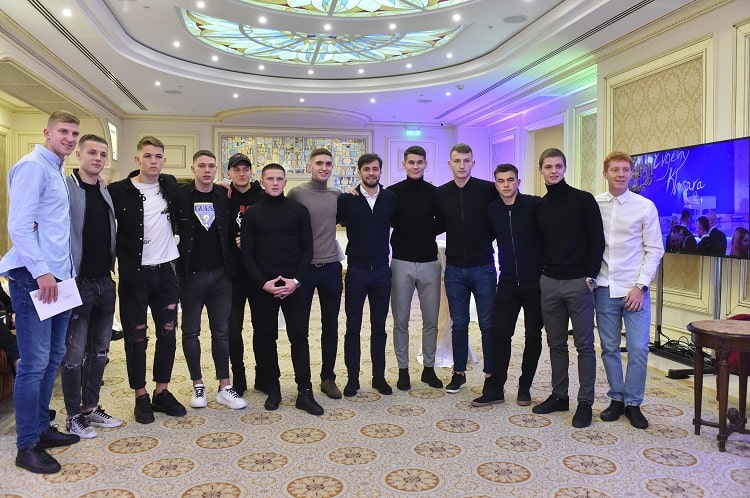 As part of the festive evening, all the creators of the success of the national team of Ukraine received checks for a record amount of bonuses for our country from UAF and its partner - the group of companies Ferrexpo. It is important to note that for the first time in the history of Ukrainian football, such solid bonuses were paid to the national team, taking into account all taxes and fees. And part of these funds will be received by the first coaches of the national team players at the initiative of the UAF. "We decided it would be right! After all, these specialists instilled in this year's winners of the World Cup a love for football and taught them the basics of this wonderful game, "Andriy Pavelko said during the gala evening.

All players were invited to the "Evening of Champions", but, unfortunately, the representatives of "Dynamo" due to the ban of the FC management were not able to keep company with their teammates representing other clubs.

Alexander Petrakov (head coach of the U-20 champions team): "I want to thank the organizers for such a fantastic evening! It is extremely nice, and I am very grateful for such a high appreciation of our work and the championship title we gave to Ukraine. I'm happy for the guys, for my assistants.

Unfortunately, representatives of Dynamo Kyiv did not come to the evening. It is difficult for me to comment on this, but, according to the players I spoke to, the club owners forbade them to participate in the evening.

The idea of ​​inviting the first coaches of the players to the "Evening of Champions" is especially impressive! This step is a thank you to the people who laid the seeds of this victory many years ago! I have always said that UAF President Andriy Pavelko is a man of his word. And today I would like to say words of gratitude not only for the "Evening of Champions"! I would also like to thank the UAF leadership for the new long-term contract, which was signed a few months ago on new, much better terms. This attitude gives a serious motivation for new victories! " 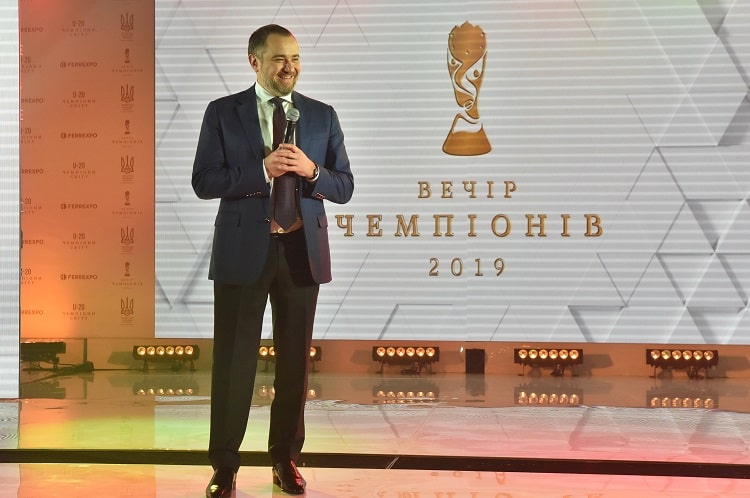 Andrii Pavelko (UAF president): "We held the" Evening of Champions "for the first time, which I hope will become a good tradition. Today, the football heroes of the year received the promised and well-deserved award of gratitude for a historic achievement - the title of world champion! Oleksandr Petrakov's team received a record financial award in the history of the country's youth and youth national teams. I am sincerely grateful to the Ferrexpo group of companies, thanks to which we managed to triple the amount of bonuses from the previously planned amount.

Christopher Mo (Ferrexpo representative): "I am very proud to stand before you today and I can honor the success of one of the national football teams of Ukraine. As a leading Ukrainian company, Ferrexpo is pleased to be a small part of your historic success, part of Ukraine and part of today's wonderful evening.

Values ​​are key to success, and I see in all of you some core values ​​that have made you the best team in the world. I'm talking about teamwork, resilience and dedication. You played and won as a team, not as 11 people. You worked and supported each other in the field. Your triumph is a common triumph. You have given us pride and moments that we will remember for a lifetime. You brought Ukraine on the world football map at the highest level.

We have a great team, both inside and outside the company, and we try to live your example and be inspired by it. As an important Ukrainian company, we, like you, consider ourselves pioneers and ambassadors for Ukraine and an example of what we can achieve by working together.

Like your example, which inspires others, we hope that our success will also motivate many more successful Ukrainian companies to look for opportunities abroad and grow into large global companies. Like you, Ferrexpo has become a world leader through hard work and determination. ”

One year ago triumph: in 2019 Ukraine U-20 became the world champion!

Today is exactly a year since the day when the national team of Ukraine won ...

It was an incredible point in the biography of this youth national team of Ukraine, I ...

The official UEFA website invited its authors from all over Europe to compile ...

Mariupol midfielder Oleksiy Kashchuk recalled how a year ago ...

After the match with Italy, the national team of Ukraine U-20 could not lose the chance to become ...

Head coach of the U-20 national team of Ukraine of the previous convocation Oleksandr ...