In the last match of the elite round of the World Cup 2020, the Ukrainian national team played a draw with France 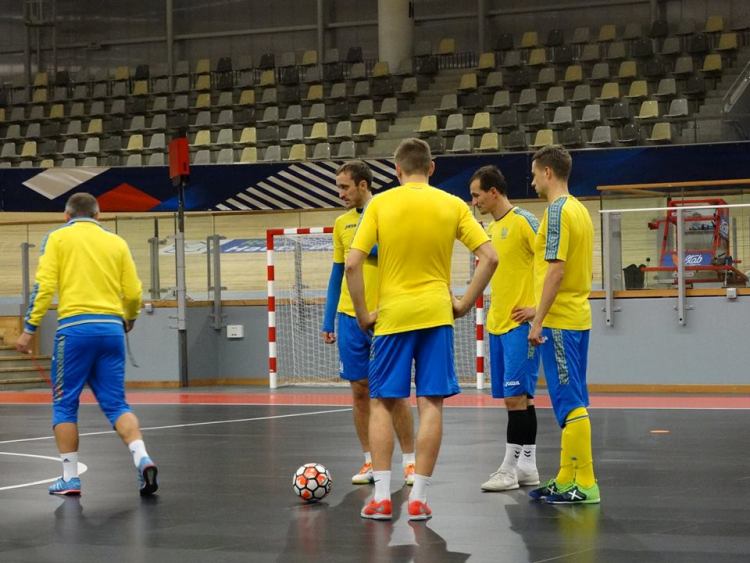 The Ukrainian futsal team held the final duel elite round of selection for the 2020 World Cup.

Defeats from Serbia (PM2:5) and Spain (PM1:3) left our boys with no chance of leaving the group before the third match. Therefore, the French had to fight only for the third place in the mini-tournament.

At the beginning of the meeting, Oleksandr Kosenko's wards looked convincing and had the initiative. The French kept their gates "dry" for a long time only thanks to Arun's skill. The opponents' goalkeeper managed to shoot Zhurba, Bila Tserkva and Razuvanov. And only in the 7th minute during the next attack with a shot from the right flank Zhurba opened the scoring.

After that, the Ukrainians lost a few more chances to score, while the French used their chances. So, in the 10th minute after the interception, Muhudin punched Tsipun with a shot from the left flank. Soon, Alla healed above the crossbar, and the blue and yellow responded by Fahrenyuk's moment when Arun again rescued his opponents.

In the 13th minute, our opponents took the lead - Ramirez converted a penalty for a foul by Korsun. Soon Tsypun had to save our team several times, and two minutes before the end of the first half, Bila Tserkva did not realize the super moment near the other goal.

At the beginning of the second half, Ba lost a good chance to the French, punching over the crossbar. Tsypun soon managed to shoot Ramires, to which the Ukrainians responded with shots from Shoturma and Zvarych. As a result, in the 29th minute, the pressure of our team bore fruit - Pedyash sent the ball into the net after a corner on the second attempt.

The blue and yellows continued to create danger at the gates of others, and now Duro had to rescue the French team. In the 34th minute, the French had a great moment, but Muhudin did not hit an empty corner. Towards the end of the match, the pace of the game dropped, and it ended in a draw. According to additional indicators, the French took the third place in the group.

The winners of each of the four elite round groups will go directly to the World Cup. Teams that will take second place in the groups will go to the playoffs, where two more tours of the mundial will be played. Butt matches are scheduled for April 9th ​​and April 12th, 2020.

In total, according to the UEFA quota, seven representatives of the Old World will be included in the finals of the World Cup, which will take place in Lithuania from September 12 to October 4, 2020 (Lithuania being automatically allowed to the final).

We will add that AFC (Asia) will be able to send five teams to the 2020 World Cup, CAF (Africa) - three, CONCACAF (North and Central America - four), CONMEBOL (South America) - four, OFC (Oceania) - one. A total of 24 teams will take part in the world championship.