Oleksandr Mytko: “In modern football the goalkeeper requirements are the same despite the gender” 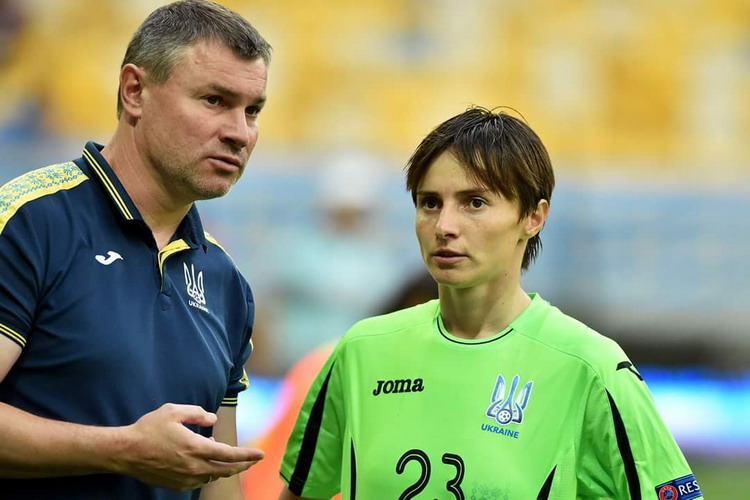 The coach of the goalkeepers of the national women's national teams of Ukraine Oleksandr Mytko told about the training camp of goalkeepers, which took place in early February in Slavutych (Kyiv region), revealed some secrets of training and assessed the prospects of his wards.

- Alexander Mikhailovich, last week the regular winter meeting of goalkeepers of women's teams ended. Share your impressions. How was the preparation, what were you working on this time?

- The winter gathering of goalkeepers traditionally took place in the town of Slavutych, Kyiv region, where there is an excellent sports infrastructure, an acrobatics hall, a football arena and a hotel. All sports facilities are within three to five minutes walk, which is also very comfortable in terms of logistics.

Morning classes were held in the acrobatic hall, where goalkeepers practiced dexterity, coordination of movements and technique of catching the ball in the fall. We devoted the evening to technical and tactical training and various game situations. Each day was closed with a theoretical lesson, where they analyzed the elements of the goalkeeper's game, as well as analyzed the actions of goalkeepers during the matches of the last World Cup. For my part, I would like to thank the Ukrainian Football Association and, in particular, the Women's Football Department for creating good conditions for such a fruitful training camp. 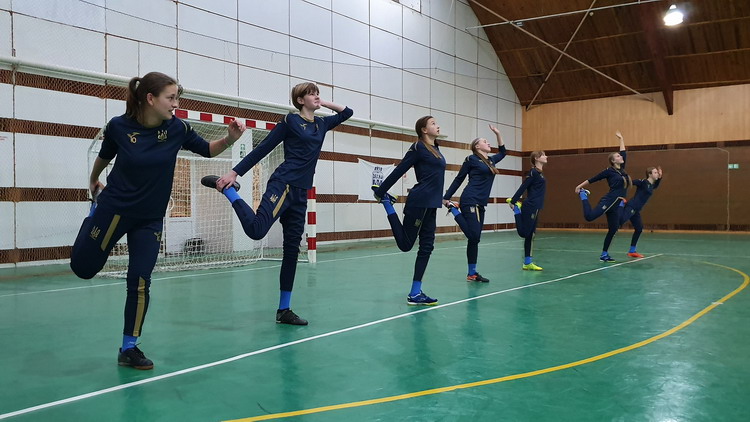 — Who was able to summon, did all the teams easily release their players, considering the winter offseason? How do you evaluate the training of the young goalkeepers who participated in the meeting?

- We had no difficulties with the challenge. Iryna Sanina, the goalkeeper of the national women's national team, could not come - she was undergoing rehabilitation due to back problems. In addition, two goalkeepers fell ill with the flu the day before, so they had to make substitutions from the reserve list. A training plan was sent out in 10 days, and those who had not yet started training at their clubs could take advantage of it. During the collection, none of the clips fell out, all worked well until the end of the NTZ.

— At the meeting, much attention was paid to acrobatics. Who helped in the development of acrobatic exercises? How does acrobatic training affect the goalkeeper's game in matches?

- In the acrobatics hall, 16 goalkeepers were divided into two subgroups (WU-15, WU-17, WU-19 and the national team). Acrobatics coach Volodymyr Savelyev was able to successfully diversify the training process - overturning, grouping during a fall, jumping, exercises to coordinate movements, trampoline jumping. The technique of catching the ball was practiced on the wrestling tatami. Acrobatics is very useful for the goalkeeper, it helps to develop coordination of movements, agility, ability to group. Also during the training process we were helped by the coach of Odessa CYSS № 11 Andriy Chernyshov.

- Are the training of goalkeepers in women's and men's football radically different? If so, what exactly?

- The requirements for the goalkeeper are absolutely the same, regardless of gender. The only difference, in my opinion, is the dosage of loads, fewer repetitions or timing of exercises.

— When is the next such collection planned? Have goalkeepers received individual training programs, and how common is this practice?

- The next meeting will take place in the summer. This time, two training sessions will be held on the football field, the focus of classes - different game situations. This is the most difficult task for young goalkeepers, we recommended them to play as much as possible, and even if they make mistakes, analyze their mistakes, correct them in training - and back to the game. They can memorize, memorize any exercise, but to make the right decision in the game, in a split second - it's completely different. Most of the girls work with the goalkeeping coach with the boys in their cities, which definitely contributes to the growth of their skills. After the collection, individual interviews were held, and theoretical material was distributed on USB-drives.

- Who would you, as a goalkeeping coach, name among the young players? Who will be able to replace the main goalkeepers of the national women's team in the future - Samson and Sanina?

- Last year, Daryna Bondarchuk created a competition for Kateryna and Iryna in the national team. Dasha works hard to improve her game. There are good promising young people in the teams WU-17, WU-19, they have competition, we hope that there will be quality. The girls still have a lot of work to do to get a call to the national team.

Nataliya Zinchenko: After a bad start, my wards no longer have the right for mistake, every game is like a final

On June 25, the FIFA Council announced the name ...