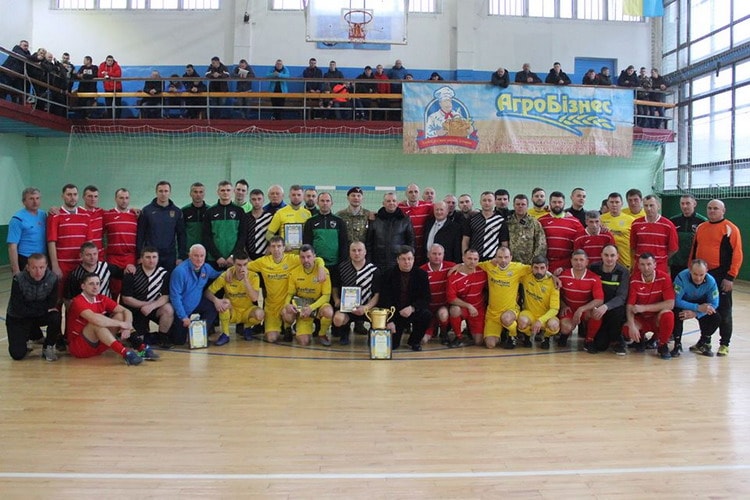 On February 15, a football tournament dedicated to the fifth anniversary of the battles near Debaltseve took place in the town of Sniatyn, Ivano-Frankivsk region. The national team of Ukraine among veterans, FC "Prykarpattya", veterans of Sniatyn region and FC "Sniatyn-ATO" took part in it.

The Frankivsk region honors the memory of the military and volunteers who have defended Ukraine on its eastern borders for the past six years. In Sniatyn, ATO participant Vasyl Zhovtyak founded a district union of veterans, which is active and regularly holds various events. It was decided to honor the memory of those killed in one of the hottest periods of the war in the East, near Debaltseve. The tournament itself took place in the Kolos sports complex, gathering, in addition to numerous fans, anti-terrorist operation participants from all over the region. 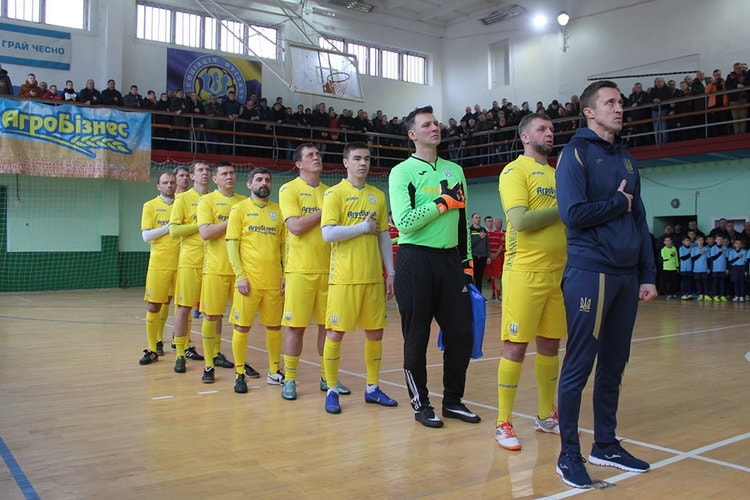 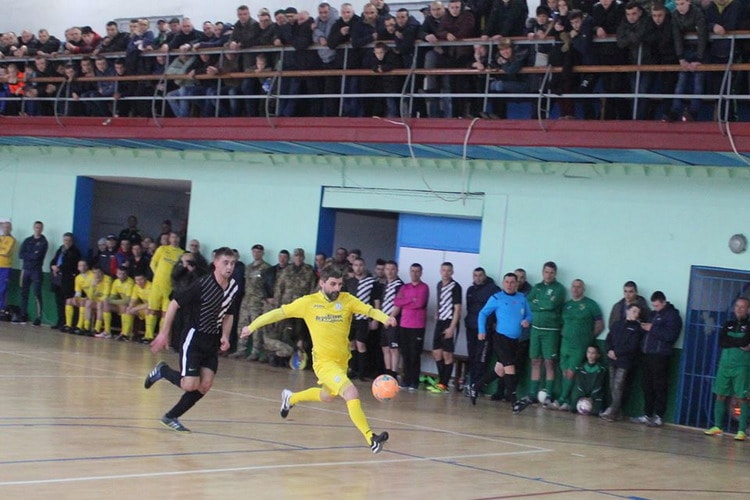 The team of veterans of Ukraine with the initiative and support of a reliable partner, LLC "Agribusiness", has been supporting our military for four years. This is the main goal of the tour, which covers Ukraine and dozens of countries around the world and has already included almost 200 matches. Our legends went to Sniatyn with the following line-up: Serhiy Nagornyak, Eduard Tsikhmeistruk, Sviatoslav Syrota, Serhiy Shishchenko, Andriy Khomyn, Vyacheslav Svidersky, Vitaliy Samoilov, Bohdan Shershun, Hennadiy Medvedev, Andriy Oksymets and Oleksandr Venglynsky.

"Usually we play on a big field, but during the winter break we gladly respond to the invitation of the organizers of mini-football tournaments," said Serhiy Nagornyak, a player of the Ukrainian national team among veterans and coach of the U-16 youth national team of Ukraine. - Moreover, we were invited by the military, members of the anti-terrorist operation, which we simply do not have the right to refuse. This is always emphasized by Oleh Sobutsky, who is very active in supporting the Ukrainian army. The veterans' team is a frequent guest in Ivano-Frankivsk region, two years ago in the neighboring Valley we took part in a similar tournament, we also held games in Ivano-Frankivsk, Bolekhiv, Kolomyia and other cities. We feel how they love football here, how they are waiting for our visits. "

In the semifinals, the national team of Ukraine defeated "Snyatyn-ATO" - 8: 3. Andriy Khomyn (three times), Eduard Tsikhmeistruk (three times), Serhiy Shyshchenko and Vyacheslav Svidersky scored goals in the blue-and-yellow goals. In another semifinal match, the veterans of Sniatyn region were stronger than Prykarpattia - 6: 1. In the game for the third place "Sniatyn-ATO" beat "Prykarpattia" - 4: 2.

And the decoration of the competition was the final match. Veterans of Sniatyn region, played by famous performers from Ivano-Frankivsk and Chernivtsi regions, defeated the national team of Ukraine - 4: 2 (Ruslan Hunchak (twice), Igor Mygalatyuk, Denis Fedorov - Eduard Tsikhmeistruk, Serhiy Shyshchenko). The result is a bit unexpected, but it is worth paying tribute to the local team, which gave the fans a real holiday.

After the tournament, the organizers and teams were awarded, and the prize for the best player of the competition was awarded to the captain of the national team of Ukraine Eduard Tsikhmeistruk.