Second League. Legionnaire may appear in Heather, and Podillya counts on hired players 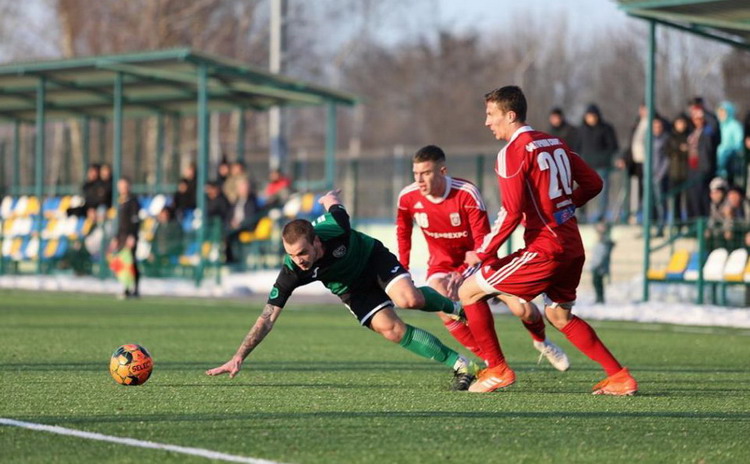 Before leaving for the gathering in Turkey, the Alliance players broke up in peace with the first-ranked Girnyk-Sport. Photo by fc-alliance.com.ua

At present, domestic second-league teams will not be surprised by foreign training camps. Veres and Alliance players are preparing for the spring part of the season in Turkey.

Yuriy Wirt's team defeated FC Minsk 2-0 in the first sparring thanks to Anton Yaremenko's double. By the way, Senegalese legionnaire Lamine N'Diaye, who previously played for Spanish Marbella, is being watched in Veres.

As for one of the leaders of group "B", "Alliance", the players from Lypova Dolina before leaving for Turkey parted ways with the first-league "Girnyk-Sport" - 0: 0, and already in Belek lost in a sharp fight to the Kazakh " Okzhetpes "- 2: 3. However, on February 26, Yuri Yaroshenko's wards will be able to rehabilitate, as they will clarify relations with another representative of Kazakhstan - "Aris".

Those teams that train at home also make an effort to conduct sparring in the right conditions. Footballers of Chaika (Petropavlivska Borshchahivka) have already made it to the semifinals of the Oleksandr Shchanov Memorial, overcoming the resistance of Obolon-Brovar-2 (1: 0), and the leader of Group A, Ternopil's Niva, combines performances at the Ernest Memorial where her rivals are amateurs, with control matches with teams of masters. In the latter, Vasyl Malik's wards defeated Uzhhorod (3: 1) on a neutral field in Morshyn.

Seriously tuned to the second part of the season and "Podillya". Podolia head coach Vitaliy Kostyshyn decided to eliminate vulnerabilities by inviting performers from senior teams: Oleksiy Shpak (Minai), Arseniy Doroshenko and Rustam Ahmedzade, who, by the way, was born in Khmelnytsky region (Kolos Kovalivka). In the last sparring, Podillya exchanged goals with Chernivtsi's Bukovyna - 1: 1. 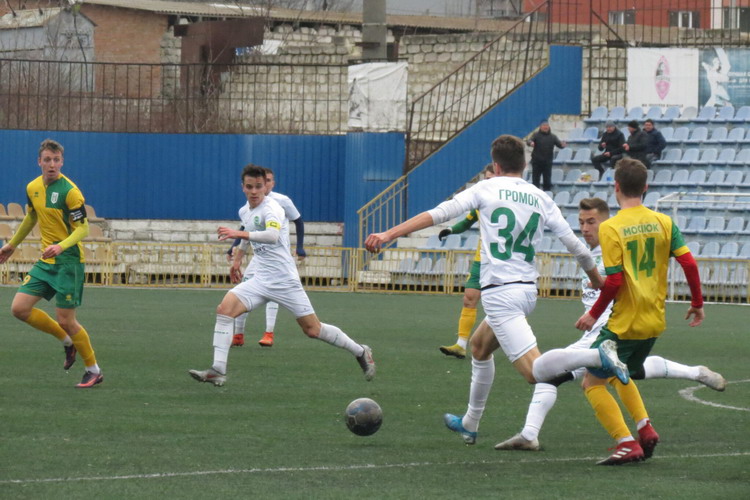 In their second control match, the players of Vinnytsia's Niva and Zhytomyr's Polissya failed to find a stronger one - 0: 0. Photo by niva-v.com.ua

Footballers of Polissya and Vinnytsia's Niva met twice in February. Initially, the hosts were stronger in Zhytomyr (3: 2), and in the second match Podolians failed to take revenge at home (0: 0).

У preliminary review we emphasized the problems of Tavriya Simferopol with the completion of the attacks. The criticism worked. In the last control matches Serhiy Shevchenko's wards have already scored, having drawn with Kherson "Crystal" (1: 1) and Novotroitsk "Tavria" (4: 4).