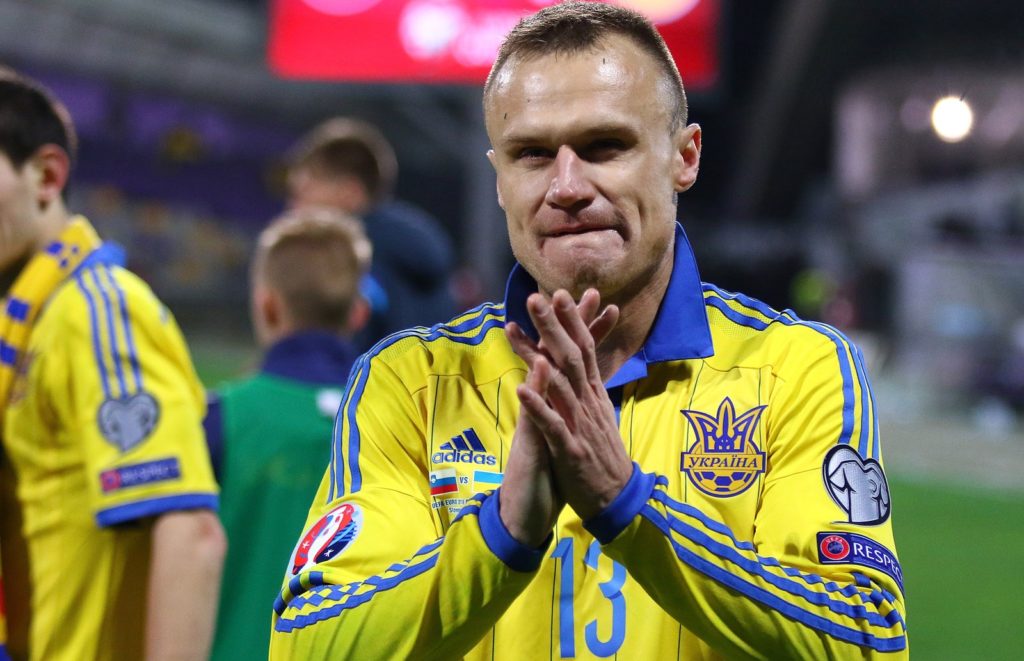 - Vyacheslav, do you want to continue your coaching career?

- Yes, I would like to. But at the moment I am focused on working as an expert on TV.

- Every soldier dreams of becoming a general. I have such a dream. But I need to work and develop, I need to succeed in a "small" team, to be noticed, to be worthy of an invitation to a club like Shakhtar.

I just want to work as a head coach. These are my ambitions. If you go as an assistant, then only to a specialist with extensive experience, such as Mircea Lucescu or Yuri Semin.

- What is the most memorable match of your career?

- For me, this is a game in 2000 at Highbury against London's Arsenal in the Champions League. I remember going to the warm-up 30 minutes before the match, and the stadium was empty. But then it was sold out. Still wondered how high quality the lawn was. Arsenal had a chic line-up, solid stars. Oleg Luzhny also played against us then, we were acquainted with him on the national team. It was a good match, we won, then there was a withdrawal, and in the last minutes we missed and lost - 2: 3. In my opinion, it was the strongest Arsenal in its history.

- Were there such memorable and emotional fights in the national team?

- All the matches that took place in Lviv were incredible. There is such crazy support, which is not available in any stadium. Not so long ago, playing for the national team of Ukraine among veterans against Georgians at the Lviv Arena, I relived these memories.

- Have you ever been fined during your career?

- In my career, there have never been fines for violations in my life. I am disciplined. I've never been late myself and I don't like it when people are late.

However, there was one penalty ... In the 90th minute in Dnipro, Shakhtar lost - 0: 1. Artem Fedetsky flipped me, I fell. I wanted to hit him, but cooled down, barely touched his hand. And they showed me a red card. For this I was fined 20 thousand dollars. But I was not offended by Lucescu. It was a breach of discipline. He was right.

- Which player was the most difficult for you to play against?

- I remember Thierry Henry. Nwanquo Kanu was very technical. He played well with a body, a tall striker, powerful.

- How did you react to the appearance of VAR in Ukraine?

- Positive. He is needed. At least one such "judge's bus", but let it be. If there are three soon - good. I am for fair play, fair refereeing. Football does not stand still, speeds are high, and VAR helps referees make the right decisions. By the way, if VAR had been there before, when I was the head coach of Olympic, we would have scored six points and got to the top six.

- Name the team of your dreams.

"I'd put Buffon at the gate." In defense - Cafu, Roberto Carlos, Maldini and Baresi. In the center of the field - Xavi and Iniesta. Ronaldo and Messi are on the flanks, and Shevchenko and Batistuta are on the attack.

Initiative of the Ukrainian Association ...