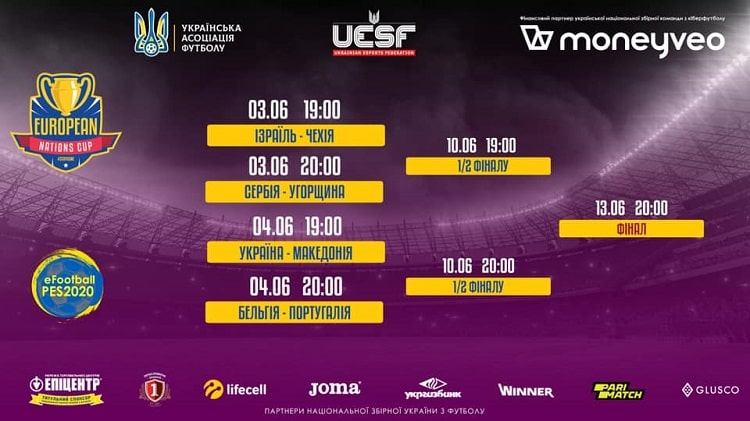 The draw for the quarterfinal stage of the international online cyber football tournament #StayHome European Nations Cup in the PES discipline took place today. The team of Northern Macedonia became the rival of the national team of Ukraine by the will of the draw.

In case of a successful performance in the quarterfinals in the semifinals, the opponent of the national team of Ukraine will be the winner of the pair Belgium - Portugal.

It will be recalled that the #StayHome European Nations Cup tournament is held under the auspices of the Ukrainian Football Association at the initiative of the Federation of E-Sports of Ukraine and the European E-Sports Federation. Teams from 12 countries take part in it. The tournament is held in three disciplines - CS: GO, League of Legends and Pro Evolution Soccer (PES).

Play-off format - a series of matches with up to two victories, the final confrontation will last up to three victories.

All games of the Ukrainian cyber football team are broadcast on the YouTube channel of the Ukrainian Association of Football, so join the show with online battles and support Ukraine at the prestigious international tournament #StayHome European Nations Cup!

Registration for the ESportsBattle LEAGUE winter qualification in eFootball is open!