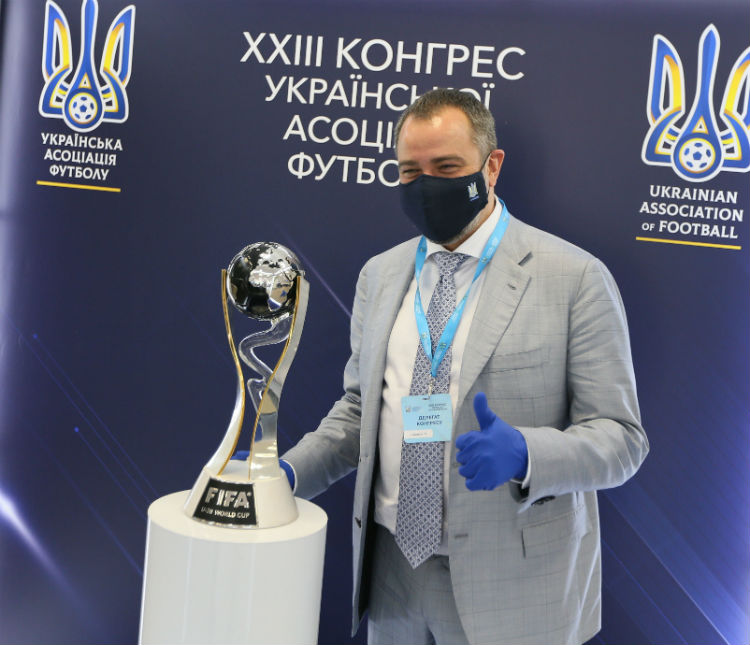 Despite the new crisis and numerous obstacles, the key priorities of the Ukrainian Football Association remain unchanged. This was stated by the president of the association Andriy Pavelko in his speech at the XXIII Congress of the UAF.

"Our immediate strategic directions remain unchanged. New football fields and stadiums are appearing all over the country. Although there were those who were very skeptical about our infrastructure strategy. But today the fact is that you and I have built almost 2 football facilities in four years. We are proud of that! This is our achievement! In the conditions of war, economic crisis, constant information attacks, and now - also in the conditions of a pandemic. But we are not building new stadiums and venues for beautiful reports. Now our main goal is to attract an additional one million young football players to football by 000, ”Andriy Pavelko emphasized.

According to the President of the UAF, the achievements of domestic football legends, in particular - the three winners of the "Golden Ball" from Ukraine (Oleg Blokhin, Igor Belanov and Andrei Shevchenko) - is the best example for the education of new champions. "I am sure that among the boys and girls who will come to the new grounds and stadiums, there will be new champions and owners of the Golden Ball, who, like you, will be proud of all of Ukraine! And in this, friends, I rely on your support, "Andriy Pavelko addressed Shevchenko and Belanov, who were present at the congress, as well as Oleg Blokhin, who was unable to attend the forum.

The President of the UAF also said that now each of the regional associations receives assistance from the UAF to ensure its activities. "At the end of last year, we made, as it turned out, a very timely decision to double for each regional association such assistance - up to 1 million 200 thousand UAH per year. Part of these funds can be used to overcome the effects of the pandemic, "Pavelko said.

In addition, the head of the association said that in recent years, UAF has sent to the regions more than 100 thousand quality balls from the official partner Joma. It is planned that under the new contract by 2024 deliveries will increase to 200 thousand balls.

In his speech, Andriy Pavelko emphasized the importance of the reform of women's football, the return of the UPL championship format to 16 clubs and the further development of the football infrastructure. "We stand in solidarity with UEFA in the need to help women's football reach its full potential. In March, a strategic plan for the development of women's football for 2020-2024 was approved and it was decided that from the 2021/2022 season, UPL and PFL clubs will receive a license, provided that they include a women's or girls' team.

We also decided to gradually increase the participants of the men's Premier League to 16 clubs. Despite the force majeure circumstances that befell us this year, this decision, I want to emphasize, remains unchanged. We plan to finish the season, not finish it early, as in some countries. Our next step is to return to the stands of the fans.

Our priority for the development of football infrastructure is unchanged. We support the initiative of the President of Ukraine Volodymyr Zelensky to open 100 stadiums in the country during the year. We have already started active cooperation in this direction, ”the UAF President informed the congress delegates.

Delegation of the Ukrainian Association of ...