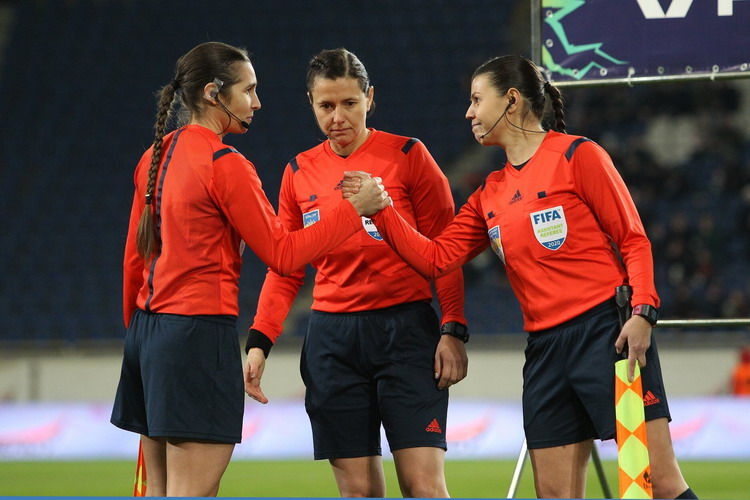 The UEFA Referees Committee has appointed officials for the final tournament of the UEFA Women's Champions League season 2019/2020, which will take place from 21 to 30 August in Spain with eight participants in the playoffs.

Among the 24 arbitrators and assistants from 15 countries are Ukrainian women - chief arbitrator Kateryna Monzul, as well as assistants Oleksandra Ardasheva and Maryna Streletska. It will be recalled that this women's team of referees has been the leader in the UPL for the last two seasons and has held the final of the Cup of Ukraine of the 2019/2020 season.

For the first time, the women's refereeing team led by Kateryna Monzul worked at the UPL match on November 4, 2018.

Experts and journalists from all con ...

Representatives of Ukraine in the FIFA lists for 2021: referees, assistant referees, futsal and beach soccer referees

The FIFA Refereeing Board made public ...

Andriy Pavelko: "The film created by UEFA emphasizes that VAR does not replace the referee, but helps him"

In the match of the 18th round of the English Premier League & la ...