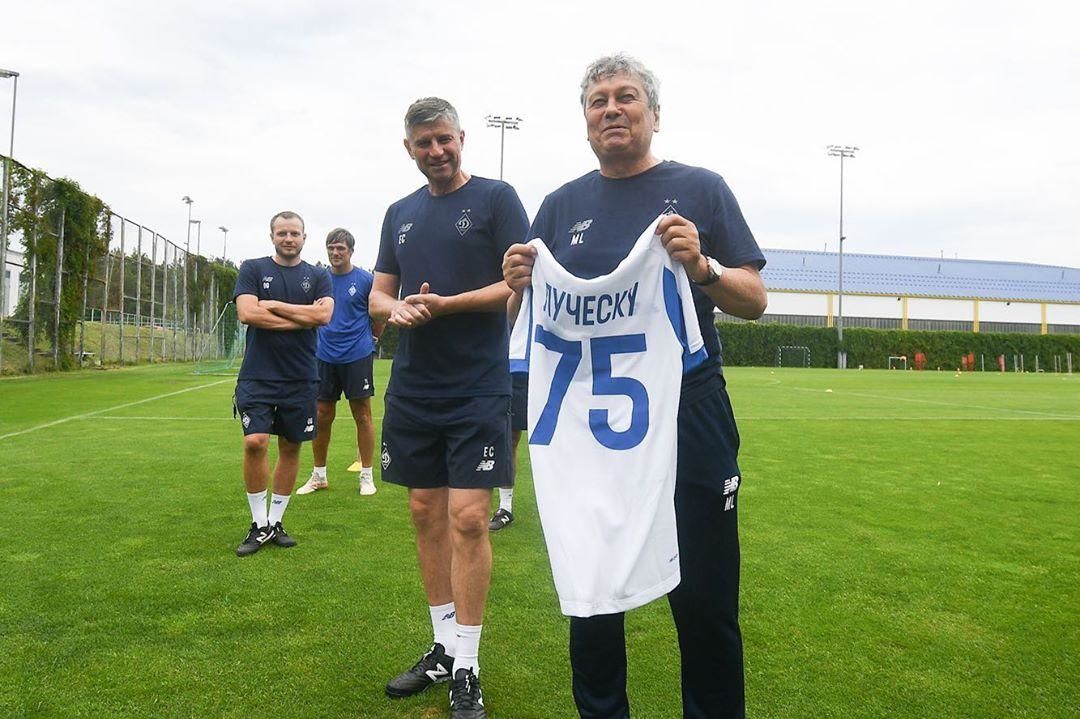 We bring to your attention news from the life of Ukrainian Premier League clubs after the end of the next championship of Ukraine.

Due to the extension of the European Cup season, the miners were on vacation for only a few days. On July 22, Luis Castro's team started training again to be ready for the return match of the 1/8 finals of the Europa League against Wolfsburg, which will take place on August 5 in Kyiv.

Donetsk players have already held two sparring matches in the off-season - against Zhytomyr's Polissya (4: 1) and Rivne's Veres (2: 0). In the first game, the midfielder of the national team of Ukraine Yevhen Konoplyanka excelled, and other teams also played in these matches - Pyatov, Kryvtsov, Matvienko, Bolbat, Kovalenko, Marlos and Moraes.

Shakhtar has almost no personnel losses now - only Alan Patrick and Vladislav Vakula are out of the game so far.

Dynamo Kyiv went on vacation with a new head coach. He became the former Shakhtar coach Mircea Lucescu. The Romanian specialist immediately determined the composition of the new coaching staff, which included ex-midfielder of the national team of Ukraine Oleh Husev.

At the first meeting with Dynamo, Lucescu expressed hope to find a common language with the wards and shook hands with everyone. The footballers, for their part, congratulated the new head coach on his 75th birthday. We would like to add that Oleksandr Tymchyk and Bohdan Lednev returned to Dynamo on loan from Zorya. One of the leaders of Kyiv, Benjamin Verbych, is still in hospital and has not arrived in Kyiv after the operation.

The Luhansk team was one of the first in the UPL to sign two newcomers. Zorinho from Brazil and Yegor Nazarina from Ukraine, who was on a contract with Antwerp but played on loan at Karpaty, joined Zorya.

Among the losses at Zora is the return of Tymchyk and Lednev to Dynamo. Also, the player's career was ended by the long-term captain of Luhansk Mykyta Kamenyuk, who was invited to the ranks of the national team of Ukraine.

After leaving the UPL playoffs for the right to play in European Cups, "Alexandria" went on vacation. On July 29, defender Denys Miroshnichenko signed a new two-year contract with the club.

"After a short vacation, we will gather on August 5 and start a fairly short training camp before the start of the new championship," said the team's head coach Volodymyr Sharan. - Two sparring matches are already planned: on August 9 with Vorskla and on August 15 with Dnipro-1. It is very important that we are as ready as possible for the second round, because after the first there will be a break due to the matches of the national team of Ukraine in the League of Nations against Switzerland and Spain. Now some performers are re-signing contracts, we can say goodbye to someone. "

The head coach of "Alexandria" also said that the team left Anton Shendrik, whose contract has expired.

The last to go on a short vacation for a few days was Kolos, which in its first season in the UPL won a ticket to the Europa League, beating Dnipro-1 and Mariupol in the playoff matches.

Dmytro Mykhaylenko's team is on vacation until August 3. Following the results of the championship, Dnipro residents finished seventh and finished their cooperation with Oleksiy Chichikov and Papa Guye. Leased Serhiy Buletsa and Vladyslav Supryaga also returned to Dynamo's location. However, despite the losses, in the next championship the honorary president of the club Yuri Bereza set the team the task to get a ticket to the Europa League.

After the loss of Kolos in the playoff finals for the right to play in the Europa League, Mariupol left head coach Oleksandr Babych and his coaching staff consisting of Yuri Benyo, Oleksandr Lavrentsov, Oleksandr Malakhov and Volodymyr Belakov.

In the off-season, the Donetsk club confirmed Igor Klymovsky as the head coach, who previously held the status of acting coach of the team.

Footballers of the first team of "Vorskla" are on vacation until August 3. He has already left the team of Luizão, whose contract belongs to the Portuguese "Porto".

The Lviv club solves some personnel issues in the break between the championships. Thus, Georgy Tsetsadze's team has already been left by Brazilian Jonathan this summer, and Anton Bratkov, Serhiy Lyulka, Igor Honchar and Vladislav Pryimak's contract has expired. The club and the players decided not to continue them.

Traditionally, at the end of the year All ...