Champions League. Dynamo Kyiv wins in Ghent in the first match of the playoff round of qualification 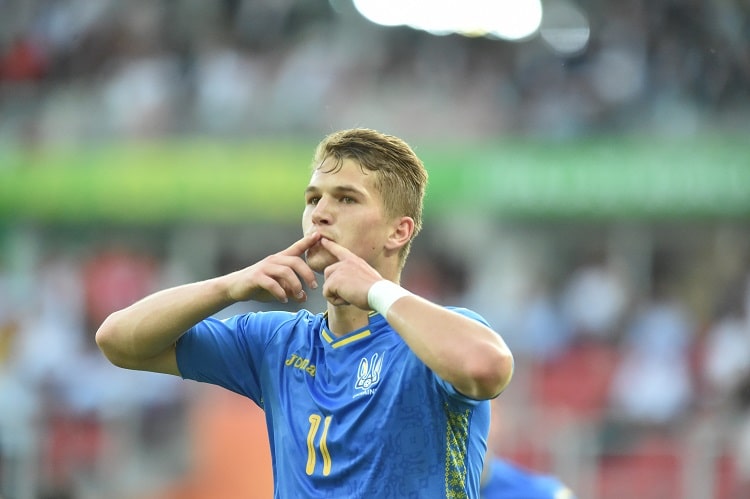 In the away match of the play-off round of the Champions League qualifiers, Dynamo Kyiv won over Ghent, Belgium.

One week ago, at the preliminary stage of qualification, white and blue defeated the Dutch AZ. And if in last championship match against Lviv Mircea Lucescu used rotation, today the same starting lineup came on the field as in the meeting with Alkmaar. Due to Dynamo's significant problems, the Zabarny-Mykolenko pair again acted in defense in the center of defense.

In the playoff round, which already consists of two matches, Kyiv had to play with "Ukrainian" "Ghent". The Belgians at the previous stage defeated Viennese Rapid, then at the weekend won the Mouscron championship. Our legionnaires Yaremchuk, Bezus and Plastun appeared in the starting lineup of the Buffaloes.

From the beginning of the match, Dynamo took possession of the ball and showed creativity in attack. Spouse first hit the plane of the goal, and in the 9th minute scored his debut goal in the European Cups. Karavaev passed well on the left flank and gave it to Buyalsky, who continued to the far post, and Supryaga pushed the ball into the goal. The referee did not score a goal at first, but the VAR system helped him understand the episode.

An incident occurred in the 25th minute - due to injury Yaremchuk could not continue the match. Kyiv will continue to control the game, but closer to the end of the first half, "Ghent" began to act more aggressively ahead. Bezus made a good shot in the plane, and in the 41st minute Kleindinst, who replaced Yaremchuk, overtook Bushchan after a corner and equalized the score. Before the break, the guests could go ahead again, but Kendzori, who punched his head, a little lacking in accuracy.

At the beginning of the second half, Bezus led his team, who earned two yellow cards in a few minutes and left the hosts ten. Gaining a numerical advantage, Dynamo increased its pressure, which was embodied in dangerous blows to the plane from Shaparenko, Tsygankov and Buyalsky. In the end, the Ukrainians scored the second goal when Tsygankov passed to De Pen, who scored accurately between Rufus' legs.

At the end of the meeting, Mykolenko and Sydorchuk struck good blows, but the score did not change. As a result, the white and blues won the away victory, significantly increasing their chances of reaching the group stage of the Champions League. The return match will take place in Kyiv on September 29.

As part of Dynamo, footballers took part in the game. called up to the august's gathering of the national team of Ukraine: Bushchan, Mykolenko, Karavaev, Sidorchuk, Shaparenko (replaced in the 82nd minute), Buyalsky (goal pass), Supryaga (replaced in the 66th minute, goal), Tsygankov (substituted in the 59th minute , goal pass). Ghent was represented by three teams: Plastun, Yaremchuk (replaced in the 25th minute), Bezus (removed in the 53rd minute).

Champions League. Dynamo lost to Juventus in Turin, but remained third in the group

Vice-champions of Ukraine again not ...

Champions League. Shakhtar beat Real in Kyiv and claim to reach the round of 1

Champions League. Shakhtar lost to Borussia Monchengladbach and worsened their chances of reaching the playoffs

The second match of rivals for tr ...

Champions League. Kharatin and Zubkov lose to Juventus for the second time in a row