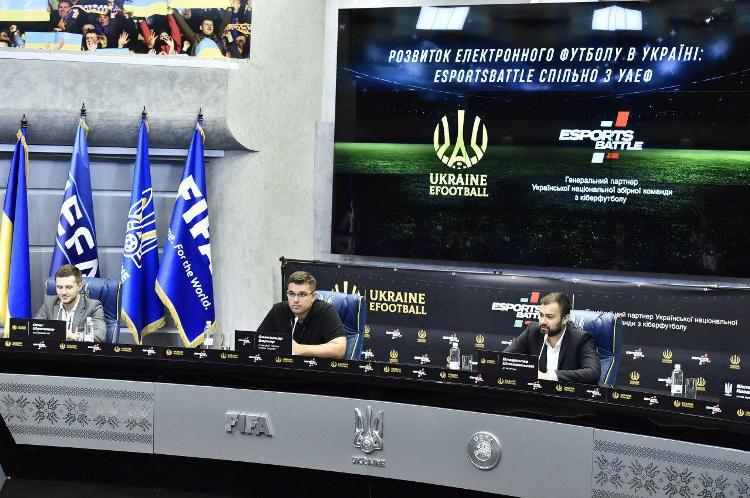 A press conference was held at the Football House, during which the first cyber football league in Ukraine was presented, in which anyone can take part.

During the presentation it was announced the beginning of cooperation of the Ukrainian E-Football Association with one of the largest domestic e-sports platforms - ESportsBattle, presented a cyber football academy for gamers and future professionals in this field - ESportsBattleAcademy. The event was attended by both representatives of organizations and famous athletes.

UAEF President Vladyslav Shovkovsky addressed the audience with an introductory speech, first of all mentioning the recent achievements of Ukrainian e-football, and also noted the need for further development of this industry with the help of a new partner:

"Last year we created the first Ukrainian cyber football team in the PES discipline. According to the results of the selection, four people joined the team. In the qualification for eEURO, which took place in March this year, we took third place in the group. We achieved a good result, which impressed the leadership of the Ukrainian Football Association.

We solved the issue with the creation of the national team of Ukraine in the discipline of FIFA, but because of the pandemic, everything was postponed to next year. All tournaments were canceled, so we were faced with the question of how to make sure that the Ukrainian community does not forget about football. It was decided to hold several show matches with the participation of players of the national team of Ukraine. Our cyber football team also took part in the #StayHome EuropeanNationsCup competition, where it reached the semifinals.

By admitting UAEF to the ranks of collective members, the Ukrainian Football Association recognizes that e-football exists, that it has supporters who have the right to be part of a large football family. That is why we have to hold tournaments, create national teams and participate in all possible international competitions. 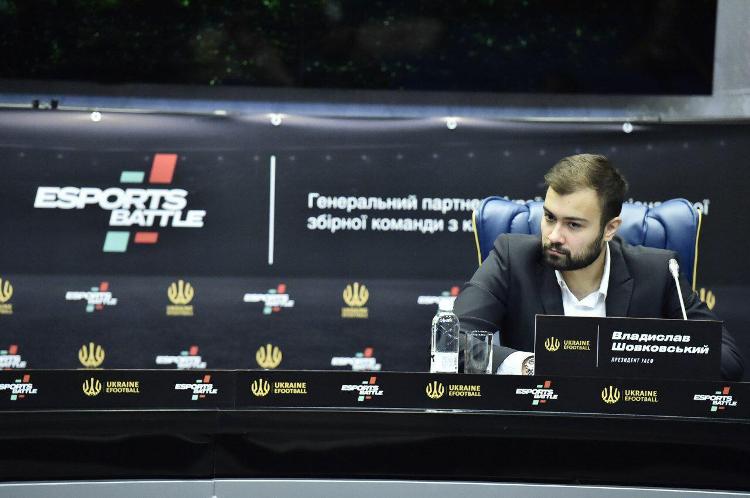 We have a question about the development of cyber football in the disciplines of PES and FIFA, about cooperation in this direction. Fortunately, we met ESportsBattle. After talking with them, we came to the conclusion that they are professionals who could help us solve global issues of e-football development. That's why we are here together to present our project. "

The next speaker was Alexander Barkar, organizer of ESportsBattle tournaments. He announced the holding of a national cyber football league, the prize fund of which will be UAH 300:

"I am very glad that the topic of e-sports is developing and gaining popularity. E-sports is becoming an officially recognized sport by the Ministry of Youth and Sports, so the industry is professional and self-sufficient. We have been organizing sports and e-sports tournaments for two years now, we organize about 12 thousand matches a month in five different disciplines.

Now Ukrainian e-sports needs training and opportunities for the development of these personnel, their employment. We must make sure that people go into this industry and see their own further development in it.

We are announcing the creation of ESportsBattle LEAGUE - an e-football league in which anyone can take part. Its prize fund will be UAH 300 - the largest prize fund in the history of domestic e-football. But the main value is that the winner of the PRO Division will have the opportunity to play for the national team of Ukraine in cyber football and will represent our country in the international arena. " 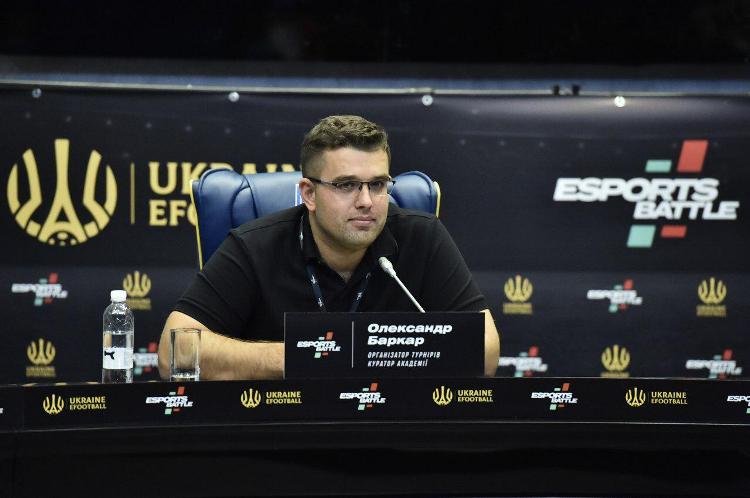 According to Oleksandr Barkar, ESportsBattle strives to maximize training in the field of e-sports, to make it accessible. Therefore, the ESportsBattleAcademy project was also presented, which will allow any player to improve their skills both in terms of e-sports and related specialties.

"I am confident that our joint efforts with UAEF, namely the organization of a cyber football league, providing opportunities to participate in international competitions for winners, grants, prize funds, academy, will contribute to the development and promotion of e-football in Ukraine and the achievements of our cyber football players," he said. organizer of ESportsBattle tournaments. 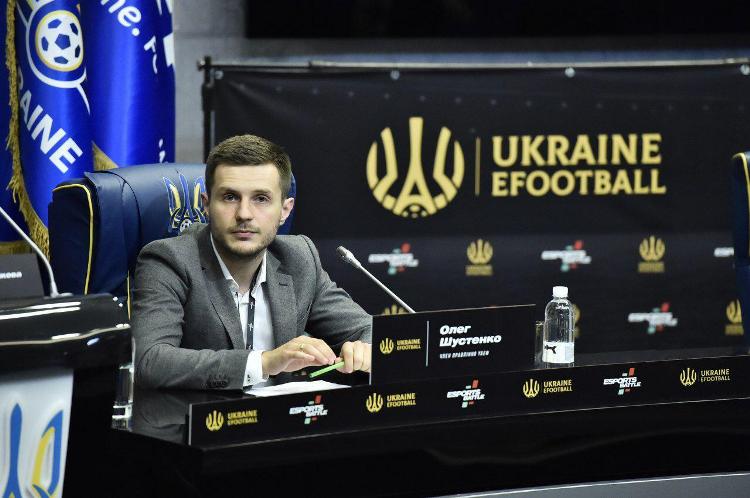 UAEF board member and well-known cyber football player Oleh Walkman Shustenko also took part in the presentation. He spoke about his career as an e-sportsman and starting a job as an official, as well as about the prospects of this sport: “As a former player, I am very pleased that the topic of e-football is developing officially. Our country is a field of talented gamers. In all disciplines, our guys occupy the highest places. Unfortunately, in terms of overall development, we are still lagging behind the leading states. That is why we will promote another trend thanks to UAEF and our partner - ESportsBattle. 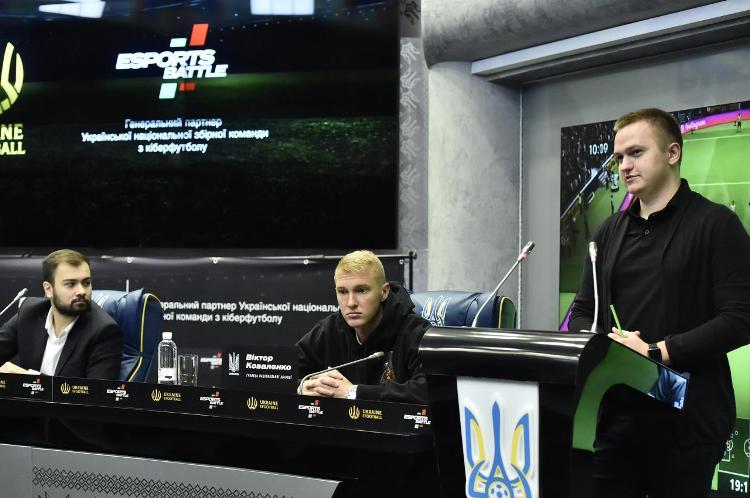 Well-known e-sportsman and blogger Oleksiy ForlanFS Mercer was also invited to the press conference, where he spoke about the industry from the inside. "As a professional cyber football player, I understand how difficult it is to promote this industry. It is very important to develop it right now, because e-sports is the future. I would like to congratulate the organizers on the opening of ESportsBattleAcademy - this is what is really needed in this niche, because there is simply nothing like it. The academy is a great place where you will be told what to do, in which direction to move, how to train. I am very glad that cyber football is being promoted thanks to official support, "Oleksiy said. 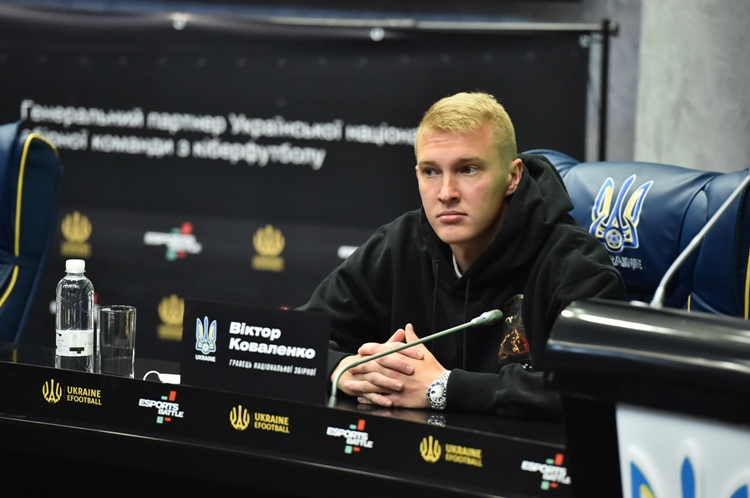 "I used to play a lot in FIFA, now I've switched to Counter-Strike. When I have free time, I can play with a calm soul. For example, he and Nikita Shevchenko recently played in FIFA against cyber football player Yozhyk. After the defeat - 0: 6, I am no longer afraid of him, - shared his experience in e-sports, the player of the national team of Ukraine Viktor Kovalenko. - Of course, football is a priority for me. But if people want to play e-football, why not? And if you combine both types, it helps in sports and in terms of health. Now many young people, children watch cyber football, admire it. It's great that it's getting closer to the status of an official sport. "

It should be noted that registration for ESportsBattle LEAGUE-2020/2021, the first cyber football tournament of national scale with a prize fund of UAH 300, has already started. The competition will be supported by UAEF, and the winner of the PRO Division is guaranteed to be part of the national team of Ukraine in cyber football and will represent the country in the international arena.

ESportsBattle LEAGUE-2020/2021 will be held in the format of four seasonal qualifiers and GRANDFINAL, which will include the best of the season. Players will be divided into two divisions - PRO Division and AMATEUR Division.

Everyone can take part in the league, and it's absolutely free! Register By link. The last day for submitting applications for the autumn qualification is October 19.

More details and news about the tournament - on the site esportsbattle.football.