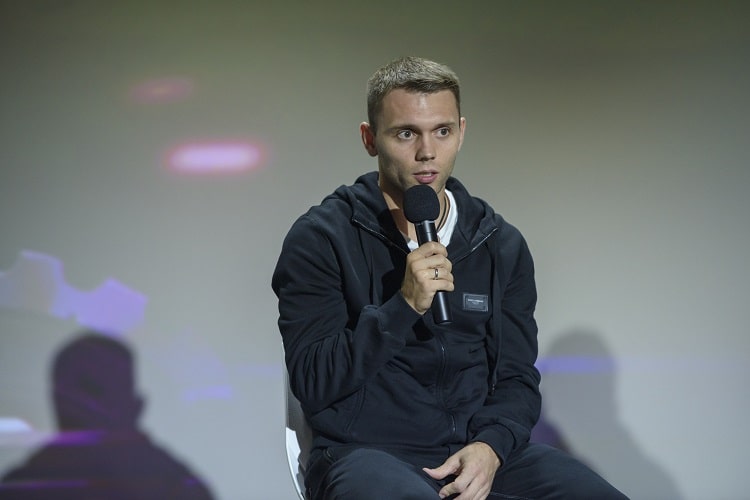 Defender of the national team of Ukraine Oleksandr Karavayev during the meeting Parimatch Expert Club told about the October matches of the blue-yellows against France, Germany and Spain.

- Alexander, how did Georgy Bushchan feel after the match with France? Did you support him?

- We saw after the fight that he was gloomy, did not want to talk to anyone. Every player of the team approached him, everyone supported him. And not only after the match, but also on the eve of the game with Germany. Each coach approached him individually. He was told: “You are not alone. The whole team is to blame, it's just you - at the last frontier. " Even those who sat in the stands are to blame. We are one when we win, and after defeats too.

- How did the team survive the defeat in Saint-Denis?

- As Shevchenko said on the day of the game with Spain, you need to have a very strong psychology to get together for such an important match in such a short period of time.

After France, we analyzed the mistakes. Whatever the game, the score is unacceptable. Shevchenko set us up for the game against Germany in France. It all depends on our attention, so that we correctly understand everything that the coaching staff will offer us.

After the match, Shevchenko said that we heard his demands and the team players - well done. Yes, many may not have succeeded with such rivals. It is unusual to see the football we played. Usually we used to control the course of the match, create many moments, but there are games when the opponent is superior to us, and you need to play differently. Against Germany and Spain played disciplined, made tactical adjustments and punished the opponent at the right time.

- Can we assume that the Spaniards underestimated Ukraine after the victory over it at home?

- Maybe they thought that they would come to Kyiv and easily take three points, as in Madrid. But we were not interested. We paid attention to our game.

We had to draw conclusions after the game in Spain, to act differently. Andriy Yarmolenko correctly noted, he said that if we play in Kyiv as well as in Spain, there will be little chance. We needed to insure each other.

We did not have time to suffer defeats from France and Germany. These games took place in a short period of time, so there was no time to be sad. We immediately switched to Spain.

- Matches with Spain and Germany took place with spectators. Did you miss the fans?

- Yes of course. We always feel their support. They give confidence and strength when they are not enough at the end of the game. So it was this time.

- How did you react when you saw that the Spanish newspaper Marca made mistakes in the names of the national team players?

- I didn't even know it before the game, I completely focused on the match. It's more funny. It has always been felt that the European media treat Ukrainian footballers in this way - they will write their last name incorrectly, or something else. You don't even pay attention to it. But I am sure that after the match with Spain they will remember our names well.

Today in Kiev in PMHUB Ukrainian ...