Myron Markevych: Ukraine will be able to stay in the Nations League's division A 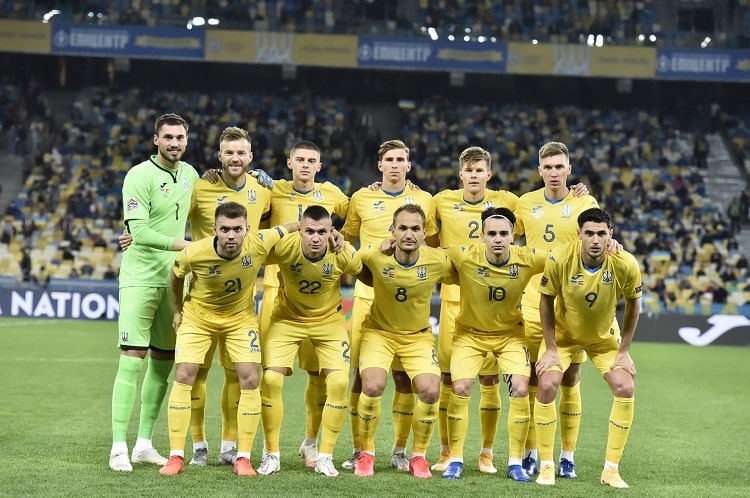 The UAF national teams' committee chairman Myron Markevych is optimistic about the last two matches of the blue-and-yellows in the Nations League.

Myron Markevych shared his opinion on the performances of the Ukrainian national team in the October matches.

- Myron Bogdanovich, was the national team of Ukraine in a weakened lineup able to show its teeth to the authorities?

- She not only showed her teeth, but also beat one of the strongest teams in the world - Spain. The blue and yellows looked decent in the match with Germany. After all, we must take into account the fact that Andriy Shevchenko's team was not in the optimal composition. However, those players who came on the field, showed their best side. Yes, after the friendly match with France, everyone in Ukraine was a little upset, but our team managed to get out of the situation.

- Can we say that Andriy Shevchenko sacrificed the match with the French in preparation for the confrontation against the Germans and the Spaniards in the League of Nations?

- Do not think. It just turned out to be a coincidence. It took less than two days to prepare for the game with France, and Shevchenko has never had such a team. And we got on a great team ...

- Can the match with the Germans be included in the assets of the national team of Ukraine?

- Second half. The blue-yellows began to go on the offensive. It felt like the team was coming to life.

- Against the Spaniards, our team played like in the good old days ...

- The game on defense has fully justified itself. It could not be otherwise. In open football, we are still inferior to the Spanish national team, and there is nothing wrong with the fact that our fans had to mostly defend.

- It seemed that the Ukrainians lacked the last pass in this game.

- There were no Stepanenko, Malinovsky, Zinchenko. This is the face of the midfield of the national team. These are very serious losses for the current national team of Ukraine. But Yarmolenko gave this pass to Tsygankov in time. It was a masterpiece.

- What was the main factor in the victory of Andriy Shevchenko's wards in this match?

- Complete dedication, impeccable execution of the coaching setup and fart. For the most part, this is how teams such as Spain win.

- The best player of the match is Bushchan?

- I would name all the guys who went out on the field. Tsygankov, in addition to scoring the ball, revived the actions of the Ukrainians in the attack, but our goalkeeper caught the real courage.

- What are the prospects for the Ukrainian national team in its League of Nations group now?

- We will play further. For young footballers, such matches are an invaluable experience. We need to adjust to both Germany and Switzerland. Anything can happen, it's football. Although the strategic task of staying in Division A, the national team of Ukraine, I think, will fulfill.

- If everyone is healthy in November, will we be stronger?

- Without doubts. It is important that there is a replacement for our leading performers in both defense and midfield. The situation allowed us to see Bushchan, Zabarny, and Zubkov at such a level. In the match with the Spaniards in the middle of the field Shaparenko looked good. I want to wish Tsygankov that after all his injuries he will get in shape faster. Victor has great potential. Such a ball, which the midfielder scored for the Spaniards, a simple football player will not score. In general, I am optimistic about the last two matches of the national team of Ukraine in the group round of the League of Nations.

Myron Markevнch: Nations League matches have been a great experience for Ukraine

Thoughts on the performance of the national t ...

Myron Markevich: “The level of play of Andriy Shevchenko's team is high. It is important not to lower the bar ... "

Chairman of the Committee of National ...

Myron Markevych: Suspension of EURO XNUMX could be for good to Ukraine

Myron Markevych: “We have reason to count on the success of the national team of Ukraine at Euro 2020”

Last year was one of the most successful ...