First League. "Veres" wins thanks to Hegedos' double, "Volyn" and "Metalist 1925" play in favor of competitors 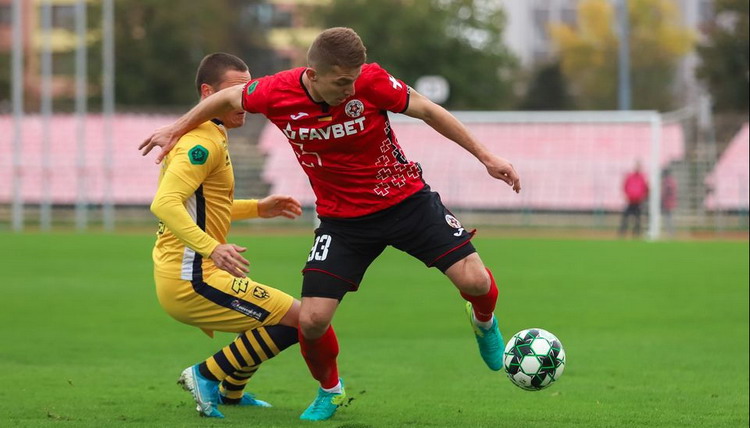 Despite the attempts of Volyn and Metalist 1925 players to tip the scales in their favor, a zero draw was recorded in the confrontation in Lutsk. Photo of FC Volyn

After a crushing defeat in the previous round in Nikolaev football players of "Miner-Sport" at home proved that have character, and today gave fight to "Agribusiness" which doesn't hide that is adjusted to rise in a class.

The hosts attacked more dangerously, once the crossbar became an ally of the Podolians, but the zeros on the new modern scoreboard, installed the day before yesterday at the stadium in Horishni Plavny, remained until the final whistle.

But the participants of the confrontation in Mlyniv, where Veres is forced to host rivals, were amused by the effectiveness. The hero of the match can be called a newcomer to the Rivne team Robert Hegedosh, who made a double. First, he opened the scoring, aiming at the near corner from the penalty spot, and at the end of the match secured the victory of "Veres", technically throwing the ball through the goalkeeper of the guests, who rushed to meet. 3: 1.

"We made life difficult for ourselves by not realizing a few goal moments in the first half," Veres head coach Yuriy Wirt said in a comment to the official UAF website. - We should pay tribute to Niva players who have shown themselves to be unyielding rivals. And it is good that when Serhiy Kislenko leveled off the situation immediately after the break, our Serhiy Petko soon brought Veres forward again. That's why, congratulating the wards on their victory, I immediately emphasized that there is still a lot of work to be done to complete the attacks. "

However, the central match of the tour took place in Lutsk, where the relationship was clarified by "Volyn" and "Metalist 1925", which aimed to get on the podium this season. Unfortunately, the opponents lacked the last sharp pass and accuracy during long-range shots, and therefore the goalkeepers almost did not have to demonstrate their skills. A zero draw was recorded, which satisfied the competitors of Volyn and Slobozia more. 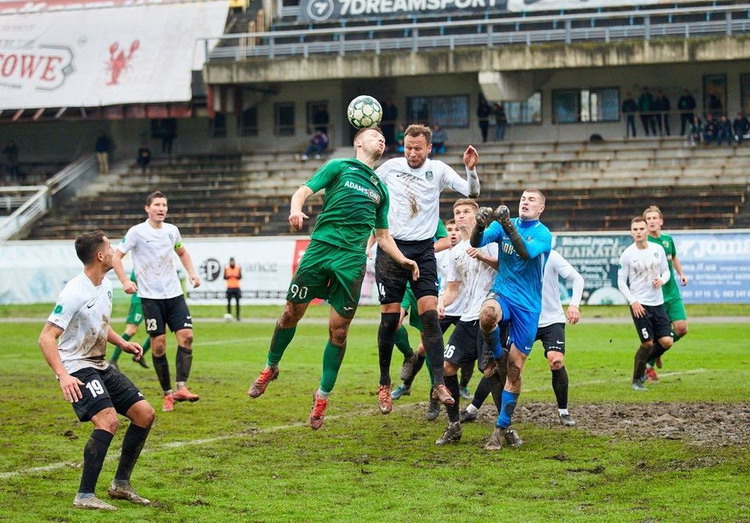 On the viscous lawn of the Ivano-Frankivsk stadium, VPK-Agro players snatched victory from the local Prykarpattia. Photo of FC Prykarpattia »

The VPK-Agro football players, who came to Ivano-Frankivsk for the match without their head coach Serhiy Solovyov, who is in hospital, managed to stand up for the guests. In his absence, the actions of the team from Magdalinivka were led by FC director Volodymyr Knysh, who had no lending coaching experience, as at one time he headed Stryi's Skala and Naftovyk-Ukrnafta from Okhtyrka. He managed to set the wards for a hard fight on a viscous lawn. It seemed that the opponents could not avoid signing a peace agreement, but Vladislav Gorbachenko, who came on as a substitute, scored a goal after a corner kick, which brought such a desirable victory to VPK-Agro.

He could take advantage of the loss of Metalist 1925 and Girnyk-Sport points and break away from the pursuers of Chornomorets if he won over Kremen. Serhiy Kovalets' wards used this chance. In the middle of the first half, Serhiy Bilous brought the visitors' wagon forward. However, in the 60th minute Artem Kovbasa equalized the score, and in overtime Vladislav Bugay from Odessa scored with his head. 2: 1.

"Alliance" - "Polissya" - did not take place

First League. Obolon is getting fired up under Pavlo Yakovenko

Inclusion of some settlements ...

First League. "Nikolaev" and "Field" pass the first, but show character and get three points each

Two matches of the sixth round were ...

First League. "Metalist 1925" did not take the opportunity to escape from persecutors

The fifth round started yesterday ...

First League. Chornomorets and Metalist 1925 are strengthening their leadership positions

According to the calendar, all matches ...