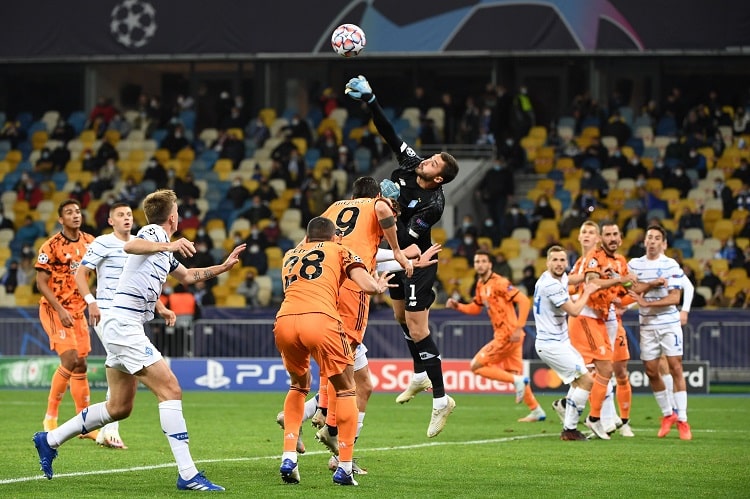 The first rival of the white and blues in the main grid of the Champions League after a three-year absence was the champion of Italy in the last nine seasons - Juventus.

There were no surprises in the starting lineup of Dynamo. Tsyhankov, who got in uniform, came out of the starting minutes. Juventus arrived in Kyiv without their main star, Cristiano Ronaldo, who passed a positive test for coronavirus.

At the beginning of the match, Dynamo players confidently defended and controlled the ball well, however, quite far from the opponent's goal. But later Chiesa dangerously joined in, threatening Bushchan's goal from the left flank of the visitors' attack. After one shot by the Old Lady winger, the goalkeeper of the national team of Ukraine parried the ball, the other was inaccurate.

In general, during the first half, Bushchan had to seriously enter the game several more times, interrupting the dangerous shots of Juventus players, as well as repelling the insidious blow of Kulusevsky. Kievans did not really threaten the gates of Schensna. Unless Supryaga from Kendzora's serve scored with his head above the goal and Tsygankov from the penalty spot disturbed the goalkeeper shortly before the break. Opportunities for a striking counterattack, which was expected by the white and blue, during the first 45 minutes, they did not get.

At the beginning of the second half, the guests took the lead. Chiesa shot from the left flank, Ramsey threw the ball under the blow of Kulusevsky, whose shot was parried by Bushchan, but Morata was the first to finish. 0: 1. 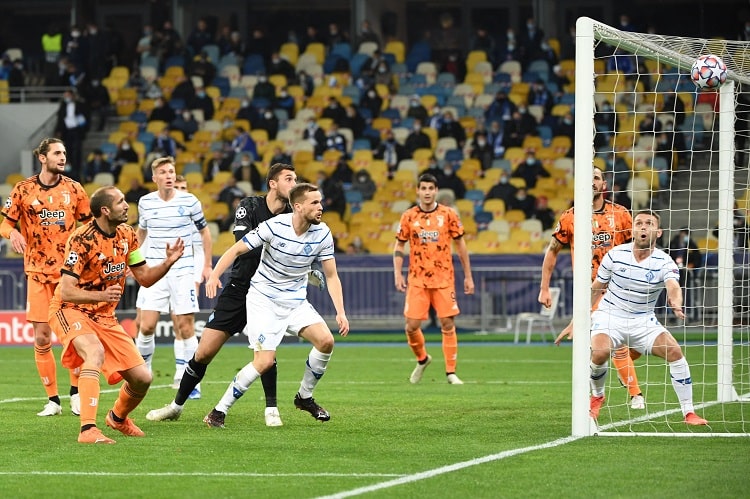 After the goal, Juventus continued to attack with great force, forcing Dynamo to think more about defense. The white and blues managed to revive their game in the attack after a series of substitutions. Thanks to the entry of Rodriguez and Verbych, the flanks worked more actively. Kievans created tension at the gates of Schensna, but it did not reach dangerous blows. And then Morata made a double, ahead of Zabarny and using a Quadrado pass. 0: 2. In the last minutes of compensated time Sidorchuk had a chance to soak the score, but his bottom shot pulled the visitors' goalkeeper. 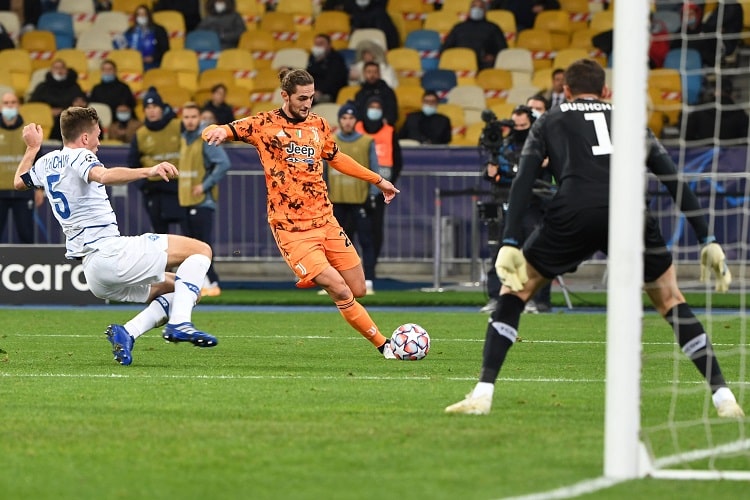