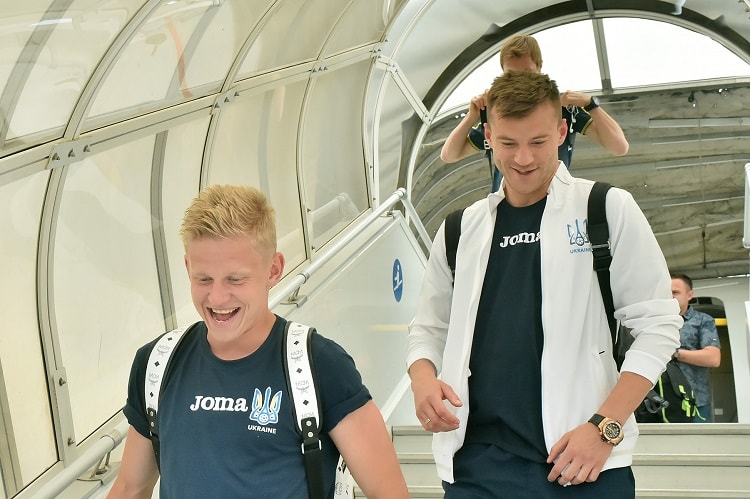 Today, October 23, as part of the 10th round of the Belgian championship "Kortrijk" with Yevhen Makarenko in its squad will host Anderlecht Bohdan Mykhailichenko (the meeting will start at 21.45 pm Kyiv time).

On Saturday, October 24, in the sixth round of the English Premier League "West Ham" Andrii Yarmolenko to meet Manchester City in London Oleksandr Zinchenko in their squad, who returned to the main cage of Josep Guardiola after injury (14.30).

Atalanta midfielder Ruslan Malinovskyi, who missed his team's Champions League match in the middle of the week due to injury, will play Sampdoria at home in the fifth round of the Italian Serie A (16.00)

In the seventh round of the Spanish La Liga will be an explosive El Clásico - "Barcelona" will host "Real" Andrii Lunin (17.00).

Ferencvaros in the eighth round of the Hungarian championship Ihor Kharatin and Oleksandr Zubkov will face Ujpest at home (20.30).

Bruges Eduard Sobol in the Belgian championship on the road will play with "Aud-Heverle" (21.45).

On Sunday, October 25, in the fifth round of the Austrian Bundesliga LASK Yevhen Cheberko will be waiting for guests from "St. Pölten" (15.30).

And on Monday, October 26, in the final match of the 10th round of the Belgian championship "Ghent" striker Roman Yaremchuk, Roman Bezus and Ihor Plastun will host Genk (21.45).