Euro-2022. The Ukraine women's team defeated Ireland and remains a contender for the final round 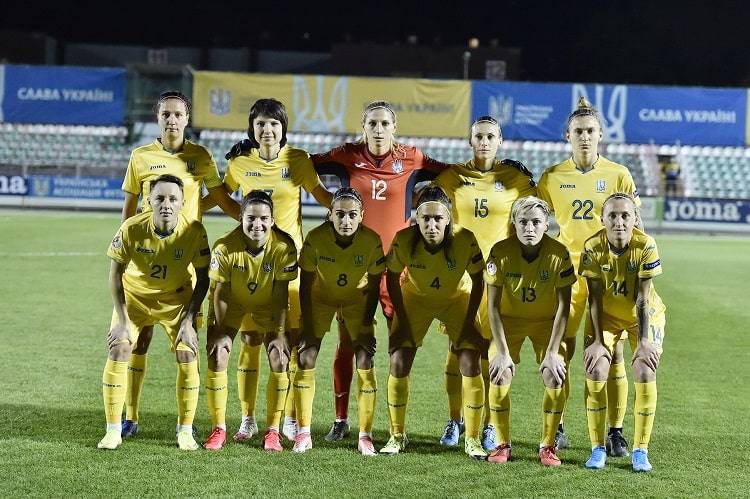 In the next Euro 2022 qualifying match, the women's national team of Ukraine defeated Ireland at home.

In order to keep the chances of getting to the European Championship, the blue-and-yellows had no choice but to win the last three matches of the qualifying tournament. Especially important was the home meeting with the main competitor in the fight for second place in the group - Ireland. 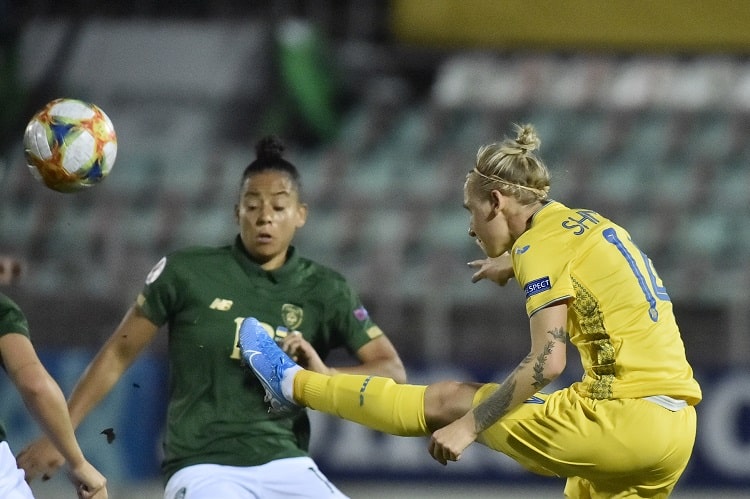 Unfortunately, on the eve of the match there were six players called by Nataliya Zinchenko who tested positive for COVID-19, so they couldn't help the team. As a result, taking into account the called-up players, 20 Ukrainian women were included in the application for the match.

After the initial swing, both teams began to create moments. It turned out better for the guests - McCabe from the dead-ball situation hit the bar, and Sanina parried the Payne's shot. However, the counterattacks of Ukrainian women turned out to be more effective. It was after one of them that the score was opened: O'Gorman, trying to deny the pass on the left zone of defense, made a mistake, and the ball went past the goalkeeper directly into the goal. 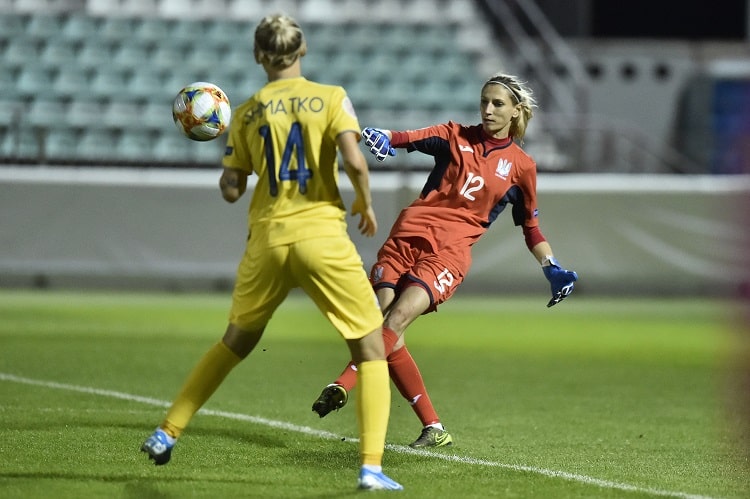 Then the Ukrainians saw the dangerous moments by Kozlova and Khimich unconverted into goals, and in the 33rd minute the guests won the right for penalty shot. However, the captain of the Irish national team McCabe hit the crossbar. By the end of the first half, the Irish created another situation, when Jarrett was brought out on his own, but Shmatko secured Sanina and knocked the ball out of the goal line. 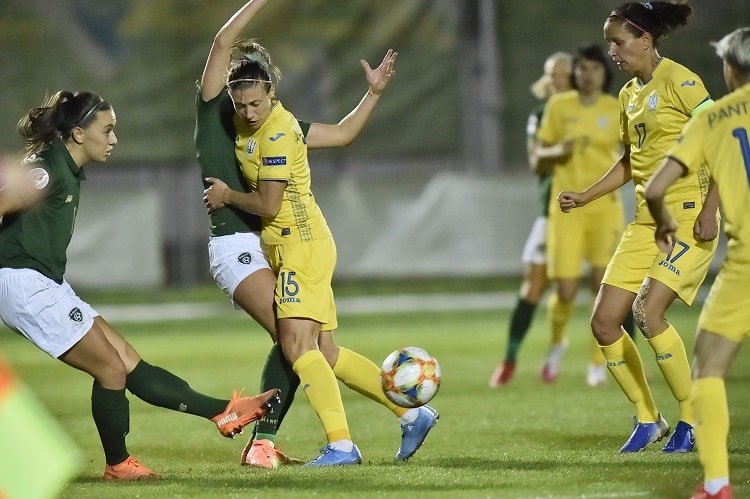 In the second half, the Irish had more of a game advantage, trying to put a level. In the 54th minute, Jarrett closed the shot dangerously, but Sanina saved. Later, O'Sullivan hit just above the goal from the left corner of the penalty area. In the 90th minute, Kozlova could have doubled Ukraine's advantage, but her shot after a flank serve was too weak. 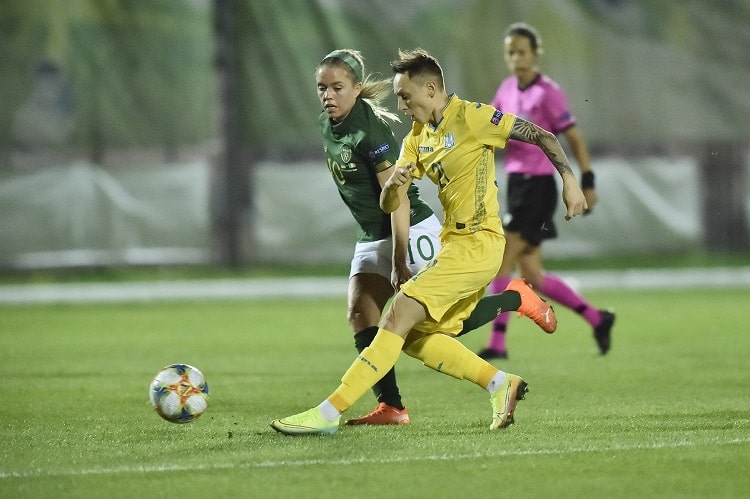 As a result, the blue-and-yellows kept the advantage, and the three points helped our team to rise to third place in the group. However, in order to keep the chances of reaching the final tournament, it is necessary to win the last two matches. The first of them will take place on October 27 on the road against Greece. 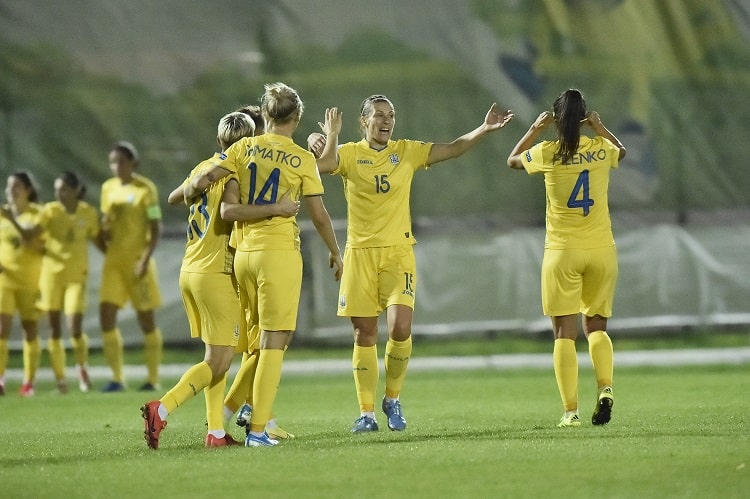 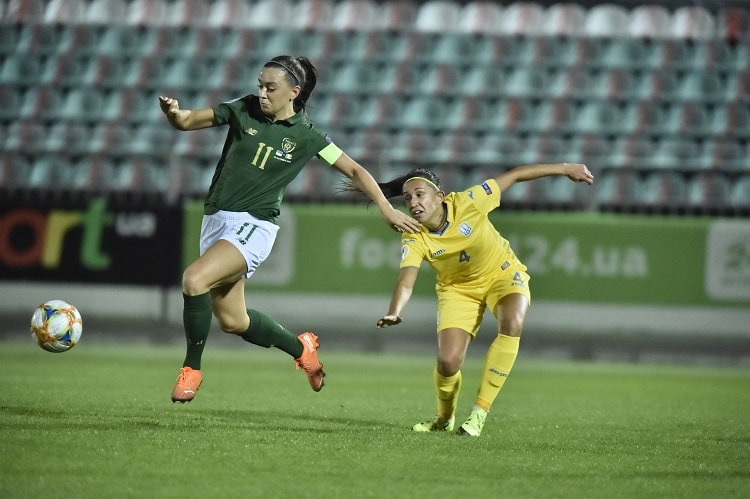 Euro-2022. Today, the women's national team of Ukraine will play a decisive match of the group round of selection against the team of Montenegro