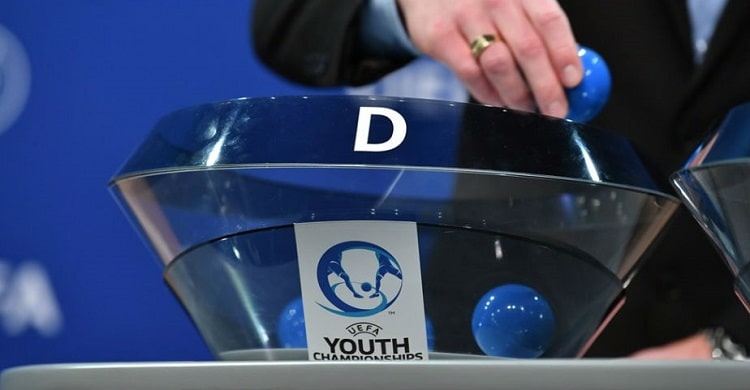 The draw ceremony of the qualifying round of the European Championship-9/2021 among young men under 2022 will take place on December 19.

During this ceremony, the youth national team of Ukraine U-19 (currently U-18, players born in 2003, head coach - Alexander Petrakov) will be in the basket A. In total, the names of their rivals in the qualification will know 52 national teams, the UEFA official website reports. The draw will start at 11.30 Kyiv time. Participants formed four baskets for UEFA rating.

*According to the decision of the UEFA Executive Committee and the working group on emergencies, Spain and Gibraltar, Ukraine and Russia, Serbia and Kosovo, Bosnia and Herzegovina and Kosovo are divided into different groups.

The national team of Slovakia received a direct pass to the final stage of Euro-2021/2022 as the host of the tournament, which will take place in the summer of 2022.

The Portuguese national team, as the team with the highest UEFA rating, received an automatic pass to the elite qualifying round, which will take place in the spring of 2022.

The other 52 teams will be divided into 13 groups of four teams. Each group will receive one team from baskets A, B, C and D. The hosts of the mini-tournaments of the qualifying round, which will take place from 30 August to 7 September, from 4 to 12 October or from 8 to 16 November 2021, will be determined later.

The winners of the first two places in the qualifying groups and the best team of those who will take third place in the matches with the first and second teams, will join Portugal in the elite qualifying round. There will be 28 teams divided into seven groups. Their winners at Euro 2022 will be a company in Slovakia.