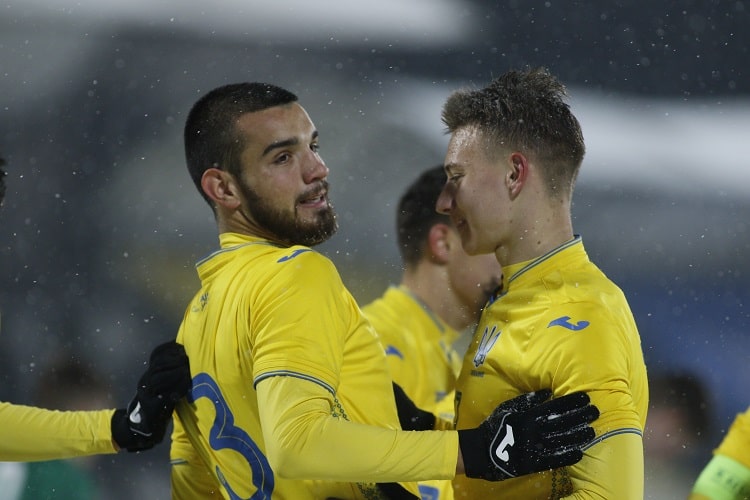 Defender of the youth national team of Ukraine Vladyslav Baboglo believes that in the second part of the Euro 2021 (U-21) selection, the blue-and-yellows showed good football.

The Ukraine U-2021 has completed its path in the qualifying round of Euro-21 (U-XNUMX) with a victory over Northern Ireland (3: 0). One of the heroes of this match was the defender of the blue-and-yellows Vladyslav Babohlo, who opened the score. However, this victory brought Ruslan Rotan's wards only relative joy, as they failed to get a place at the European Championship.

- Vladyslav, is there a disappointment that it did not turn out better in the selection?

- Of course. We all wanted to qualify for the Euro, so, of course, there is despair that the national team of Ukraine has completed its performance at the qualifying stage. There were matches where we had to get more points. But I am sure that the next qualifying round for the team will be better.

- Do you think that the team deserved more?

- Yes. We have a lot of talented guys, but sometimes the circumstances were such that it was impossible to act as an optimal team. There was a lack of play, there was a misunderstanding somewhere. We tried, but apparently it was not enough.

- In the last two matches you played from the starting till the final whistle, and the team got two crushing victories. Another couple of such games would have helped the team to qualify, wouldn't they?

- That's right, a few games were not enough (smiles). It is in the second half of the qualifying tournament that we have already, so to speak, found our game, but did not have time to get the leaders.

- In the match with Northern Ireland you opened the score after the corner. Has the fulfillment of such a set piece been practiced in training?

- Yes. We knew our zones, we understood who and where should run. These are well-established schemes that have been implemented.

- What score on the five-point system would you give to Ukraine U-XNUMX for their performance in the selection?

- Probably three. Again, in the second part of the qualifying campaign, the Ukraine U-XNUMX team, I think, showed good football, but we could not get to the Euro.

- You do not pass the next qualification by age. Now your goal is the national team?

- I think this is the goal of any football player - to play for the main team of the country, so I will try, and we will see the result of this work a little later (smiles).

- You have already switched to work in the club. The next match of your Oleksandriya will be against Shakhtar. Is this a very important match for the team from the tournament point of view?

- Actually, it's just a championship game in which the players of Oleksandriya, as always, will fight for each other, and there will already be seen. Although we understand that our opponent is at the level of the Champions League, so we really want to show our best qualities and get a positive result.

U-21: the youth national team of Ukraine on a major note completed the selection of Euro-2021, defeating the team of Northern Ireland

U-21. Today the youth national team of Ukraine will play the last match in the Euro-2021 qualifying tournament