Premier League. Dynamo beat Ingulets and increased the gap with Shakhtar, which drew with Oleksandriya 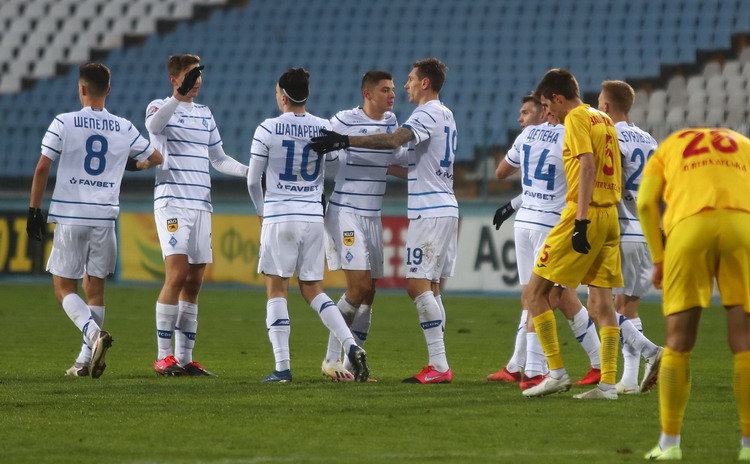 The first matches after the break caused by the matches of the national teams, both leaders of the Ukrainian championship were not in optimal formations.

The personnel potential of Dynamo suffered the most - Kyiv lost 15 players of the main team before the match with Ingulets due to injuries and infection with coronavirus. However, at the last moment this list was reduced by one surname - Kendzora was able to recover quickly after the injury received by the Polish national team. In fairness, it should be noted that Ingulets was also unable to present its best squad for the first meeting in the history of the club with Dynamo Kyiv - for various reasons, five leading players of Igor Lavrynenko's team were absent.

A rather lively game at the stadium in Kropyvnytskyi ended with the victory of the guests with a "dry" score, "Ingulets" remained with zero in the "victory" column. Dynamo scored the first goal after Buyalsky earned a dangerous free kick, and after his play blocked the home team's attempt to take the ball. A goal pass for Garmash came out, and Denis scored the first goal for the white and blues after returning from Turkey. For the second time, the guests upset the goalkeeper of "Ingulets" Shust closer to the end of the match. Garmash added a productive pass to his goal, making a discount to Shaparenko, who successfully scored from outside the penalty area.

The hosts also repeatedly threatened the opponent's goal and even scored twice, but in both cases - from offside. And once to determine the position "out of play" the referee had to resort to the help of VAR.

The match was attended by Dynamo players who were on the list called for the November training camp of the national team of Ukraine: Bushchan, Mykolenko, Zabarny (yellow card), Karavaev, Shaparenko (goal), Supryaga (replaced in the 63rd minute). 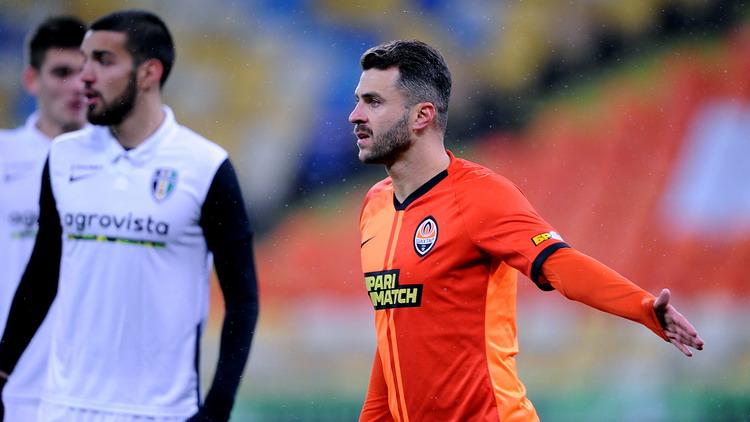 The closest pursuer from Kyiv, Shakhtar, did not win their match, and they also still can't gather the best team. Kryvtsov and Moraes, who were not even allowed to train in the ranks of the Ukrainian national team in Switzerland due to conditionally positive tests for coronavirus, were among the top 11. However, for Junior, the game ended in half an hour, when he inadvertently went into the middle of the field against Banada. There was a foul with the risk of injuring the opponent, and referee Monzul, after watching the video replay, removed the Shakhtar striker.

What the Orange and Blacks could not do in equal numbers, they succeeded in the minority. At the beginning of the second half, Dodo joined the attack and closed the calibrated diagonal from Alan Patrick. But the miners' advantage did not last long. After Kovalets' shot, Banada accurately struck from the center of the penalty area. 1: 1. Donetsk lost points for the fifth time in the championship, which allowed Dynamo to break away from the competitor again.

The players of the Ukrainian national team, who were on the list of those called up for the November training camp: Pyatov, Kryvtsov, Matvienko (yellow card), Stepanenko, Moraes (red card) played for Shakhtar.

Officials have been appointed to the Premier League round 12

Premier League. Zorya defeated Mynai on the road, Ingulets sealed the first victory in the elite