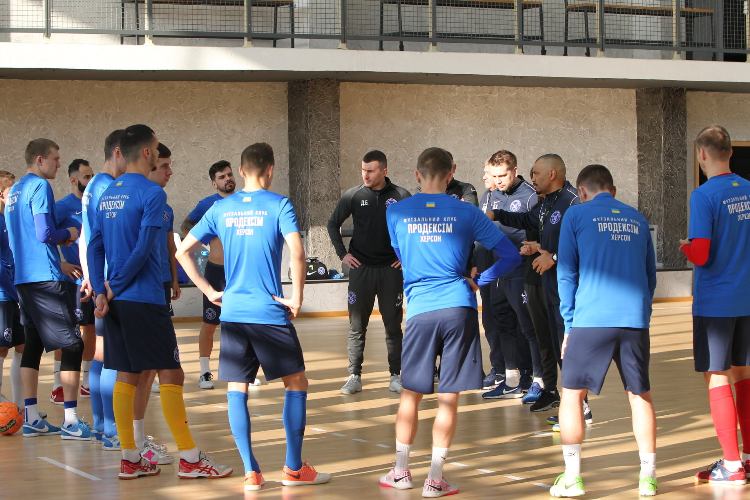 Kherson's Prodexim will win one of four possible opponents in the 1/16 finals of the Futsal Champions League based on the results of the draw, which will take place on December 9 at UEFA headquarters (starting at 15.00 Kyiv time).

As in the qualifying round, the teams were divided into seeded and non-seeded and sent to the formed baskets. "Prodexim" was among the seeded teams.

Among the possible future rivals of the representative of Ukraine were the Belarusian "Witten", the German "Hohenstein-Ernstthal", the northern Macedonian "Shkupi-1927", as well as the Greek AEK.

We will remind, in the previous round the champion of Ukraine won convincing victory over the Northern Irish "Rosario" (28: 1). Now Prodekim is waiting for the draw for the next stage, the matches of which will take place on January 12-17, 2021. Kherson is in 11th place ranking of participants of the 1/16 finals, and therefore were among the sown.

As it was approved by the UEFA Executive Committee earlier, The Futsal Champions League of the 2020/2021 season will be held in the format of single playoff matches. The competition will end with the final tournament of eight participants, which will take place next year.

The dates and time of the beginning on ...

Futsal Champions League. In the 1/8 finals Kherson "Prodexim" will play away against Spanish "Inter"

Futsal Champions League. Prodexim will meet the opponent in the Round of 1 on January 8