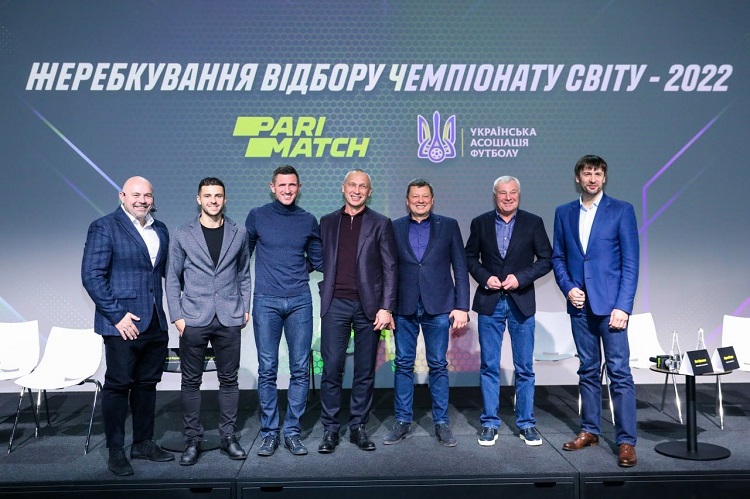 On Monday, December 7, in PMHUB in Kyiv, the Ukrainian Association of Football and the official partner of the national team of Ukraine Parimatch held a regular meeting of the expert club, which was dedicated to the results of the past year for the national team. Also, its participants on the live track online assessed the results of the draw of the qualifying tournament for the 2022 World Cup, which took place today.

The event was moderated by the press attaché of the national team of Ukraine Oleksandr Hlyvynskyi, who before the club meeting invited journalists and experts to predict future rivals of the blue and yellows in the selection of the world championship. The one who guessed the most opponents had to receive memorable gifts from UAF partner - TM Parimatch. 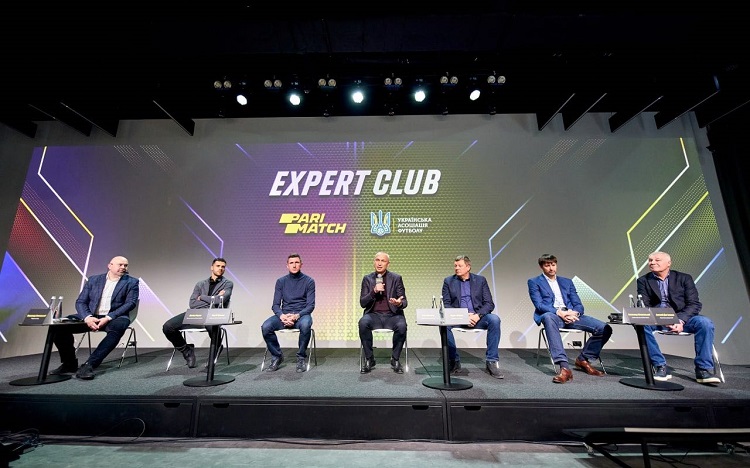 The guests of the expert club were the UAF first vice-presidents Oleh Protasov and Anatolii Demyanenko, the assistant head coach of the national team of Ukraine Oleksandr Shovkovskyi, the team's players Serhii Kryvtsov and Junior Moraes and the representative of Parimatch Vadym Misyura. Oleksandr Zinchenko of Manchester City and the national team of Ukraine also joined his colleagues online from England. 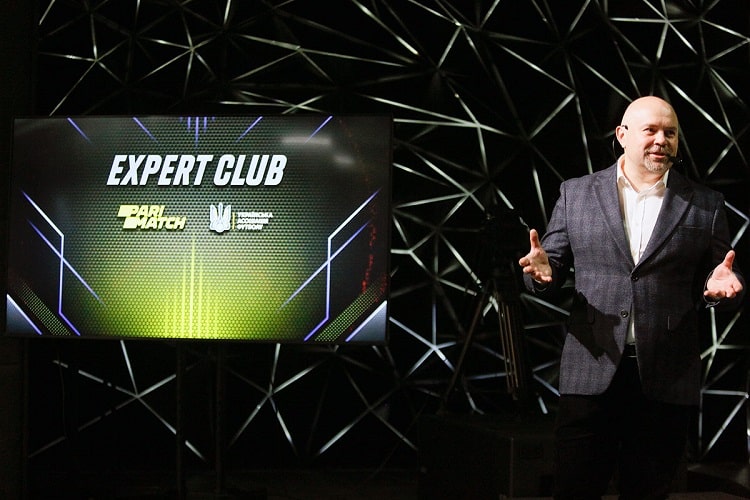 Opening the exchange of views, Vadym Misyura expressed hope that next year the main team of the country will have even more bright victories: "This is the fourth Expert club Parimatch this year, and we are happy to welcome our players who represent the country in the international arena. Meetings of our club have already become one of the most authoritative venues for meetings of sports experts. This year's broadcasts were watched by about 200 fans, which shows how important football is and how interesting each meeting of the Expert club Parimatch is. It was a difficult year for the national team of Ukraine, but they met all the challenges with dignity, there were many debutants who felt what a game at the highest level. We hope that the pandemic will recede and the fans will return to the stadiums. This will only make football brighter”. 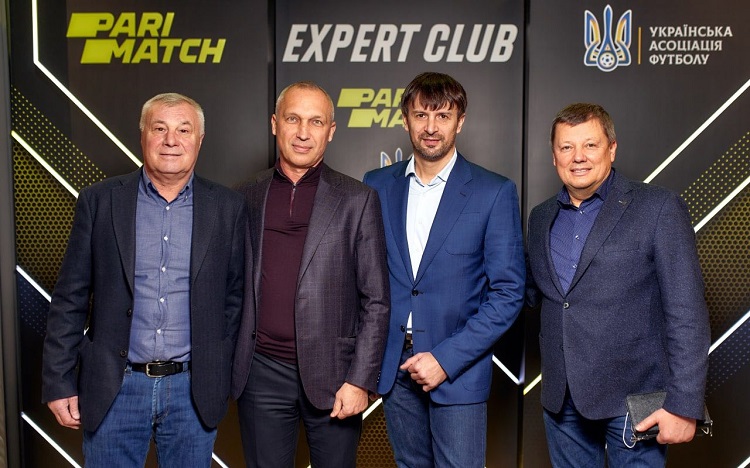 Summing up the results of the last Ukraine matches of the year, Oleh Protasov noted that in fact the UEFA Nations League for blue-and-yellows is not over yet, and now lawyers will have to act in offices to prove in the CAS that the Switzerland-Ukraine match should have taken place. "Despite a difficult year, football has lived, lives and will continue to live. In this Nations League we managed to hold two matches with spectators - with Spain and Germany. I think our team has shown itself perfectly. We can be proud of her. Unfortunately, one match was not played, the tournament was not completed. For our part, we are now doing everything possible to make the match with Switzerland take place on the football pitch, so we are going to the sports court in Lausanne. We will be careful in our statements about this. I can say for sure, with a XNUMX% guarantee: Ukraine has not violated any clause of the medical protocol in order to be able to deprive us of the right to play against Switzerland. I hope that the Swiss team and we will decide on the field who is more worthy to stay in League A". 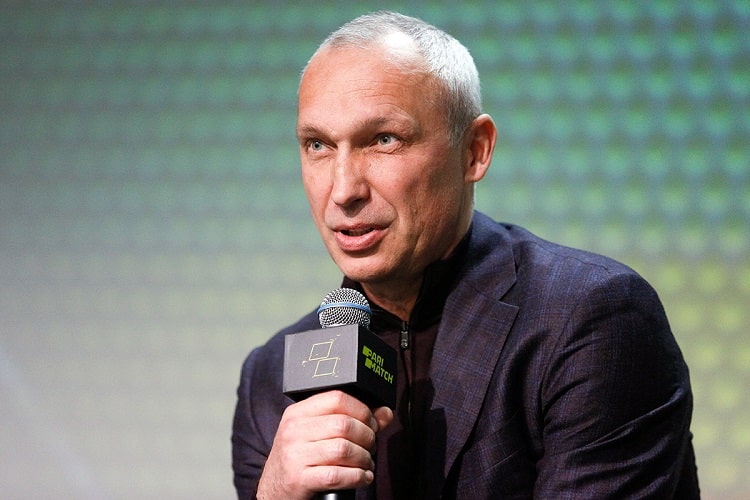 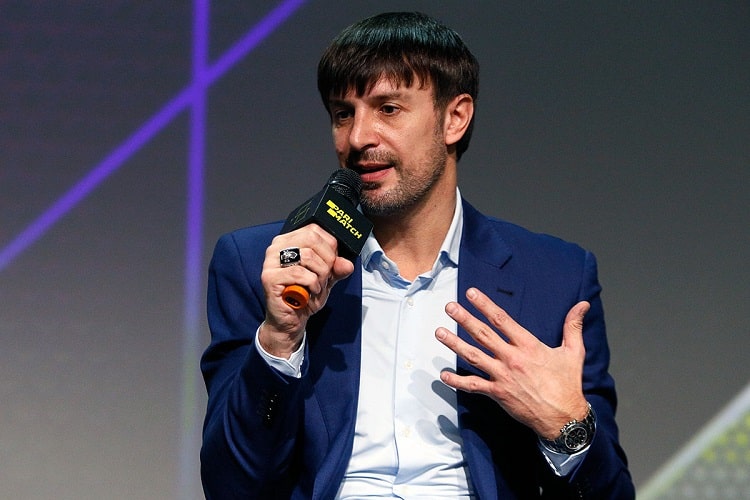 One of the regular members of the expert club, Oleksandr Shovkovskyi, said how angry he was when he learned that the match with Switzerland would not take place: "It was difficult to explain my condition at that time, we were, to put it mildly, very angry. I believe that the UAF will do everything possible to ensure that the match takes place on a sporting basis.

In 2020, we gained tremendous experience playing with the world's top teams. As for friendly matches, they were preparations for the Nations League, and we could not ignore them. We also checked this year a large group of young guys who will form the backbone of the future team. We felt the game at the highest level. When before could we dream of matches against Germany, Spain, France? Yes, we lost, there was criticism, but we chose the path and move in the direction we chose, which also gives us positive results. Unfortunately, not all matches were with fans".

Oleksandr Shovkovskyi also noted the role of the Ukraine U-XNUMX team, from the ranks of which some performers were called at a difficult time for the national team: the youth team was criticized a lot, but at the beginning of his work Ruslan Rotan had a conversation with Andrii Shevchenko about the principle of work so that its players were organically integrated into the national team. This is the main task of the Ukraine U-XNUMX, and they successfully did it when the boys were urgently called up to the national team".

Recalling the episode when he applied for the match against France due to staff losses, the ex-goalkeeper in his typical style said with a smile that, wearing goalkeeper gloves during the warm-up before the match, he felt incredible emotions again: “My appearance on the pitch was almost ruled out. This could only happen if Heorhii Bushchan was injured or the referee sent him off".

In turn, Anatolii Demyanenko noted that he liked the fact that the actions of the national team traced his picture of the game: “Fans often approached me and said that Ukraine has its own picture of the game. It is so. The guys showed that they can play with any team. It is a great experience for them, they will grow. It is also good that young players have been called up to the team". 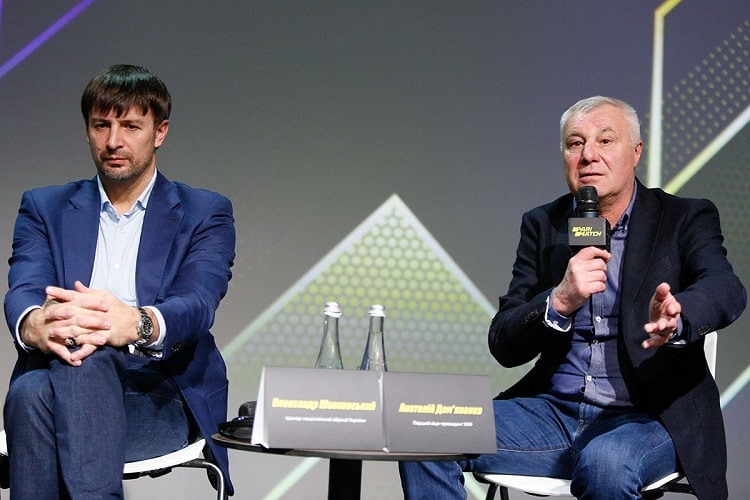 The Ukraine midfielder Oleksandr Zinchenko, joining the expert club, recalled how he scored the winning goal in the home match against Switzerland, which he dedicated to the ex-doctor of the national team Ashot Khudayev. According to Oleksandr, he hoped until the last minute that the away match against the Swiss would take place: “Physically, we felt very well. Psychologically, we were also ready to play. There was a training session on the matchday. I saw how the whole team was set up to play, but we were not allowed… In these last matches, many young players joined the team. They are all very talented. The team has a great friendly atmosphere, which has prevailed since the last qualifying round. I think we are on the right track. I am sure that the UAF will do everything possible to make this game happen". 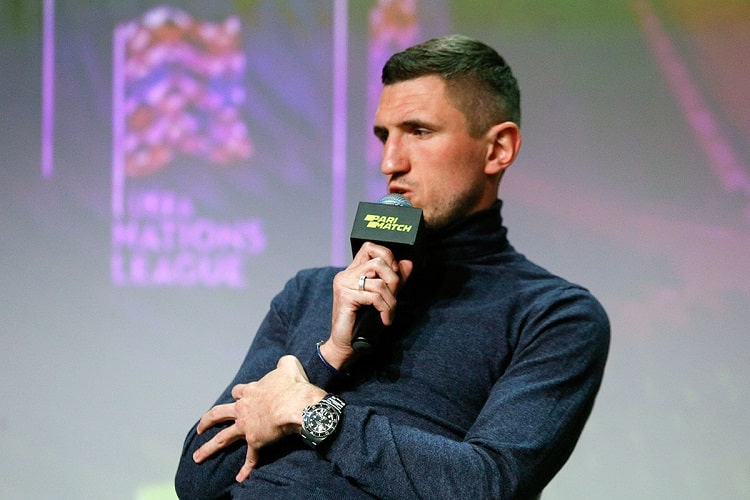 Serhii Kryvtsov managed to return to the national team after a positive test at COVID-19 before the match with Poland: “It was important for me to return after such an illness. I think that we played well with Poland, and then with Germany, but we failed to achieve only one thing - the result. For us, matches with such teams have become a great experience".

Junior Moraes also shared his impressions from the last matches of the blue-and-yellows: “Yes, there was no vacation this season, we had to start a new one immediately after last season, so the matches were difficult. We meticulously prepared for each match, there were interesting games. I hope we will still play with Switzerland". 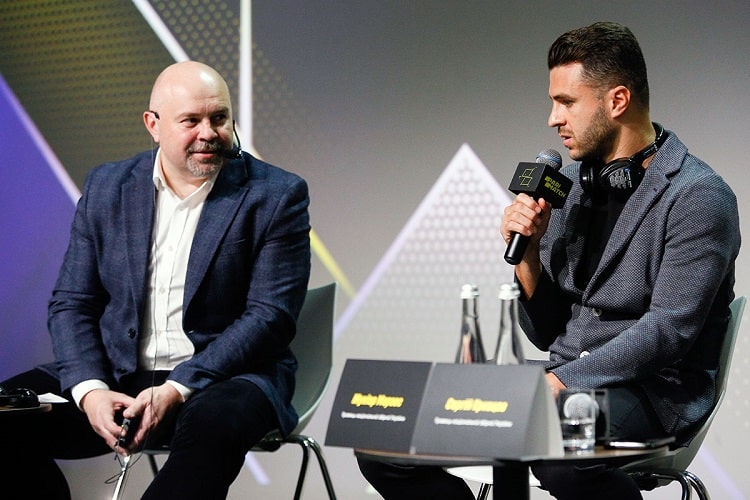 Before the start of the online broadcast from Zurich of the 2022 World Cup qualifying draw, the moderator of the event, Oleksandr Hlyvynskyi, said that the expert council of the Association of Sports Journalists of Ukraine has determined the winners of the 2020 nominations. Dynamo goalkeeper Heorhii Bushchan was named the team's Debutant of the year, and Dynamo defender Illya Zabarnyi as Discovery of the year. The victory of the year was the match of the blue-and-yellows against Spain (1: 0). In the "Goal of the Year" nomination, in a dispute with Oleksandr Zinchenko, who scored against Switzerland, Victor Tsyhankov won with a goal against Spain. Experts also noted the player in the nomination "Stability of the Year" - Ruslan Malinovskyi was recognized as the best in this aspect.

Experts could not pass by Oleksandr Shovkovsky, who won the "Return of the Year" nomination due to his application for a friendly game with France. In total, in 2020, nine new players debuted in the national team - Bushchan, Bondar, Zabarnyi, Zubkov, Konoplya, Mykhailichenko, Tymchyk, Kharatin and Cheberko.

In the second part of the meeting of the expert club, its members found out online the rivals of the blue-and-yellows in the 2022 World Cup qualifying. Ukraine will have to play against the teams of France, Bosnia and Herzegovina, Finland and Kazakhstan.

“We have an interesting group. We got the current world champions. They will be favorites. Finns and Bosnians show a confident game, develop. Just like our team. Kazakhstan should not be underestimated. They may present a surprise. If we want to reach the World Cup, we need to show our game, which we professed before. There are no invincible rivals. It is difficult, but we have to fight", - Oleksandr Shovkovskyi said.

On October 5, a briefing was held at the UEFA headquarters with the participation of the president of Fe...