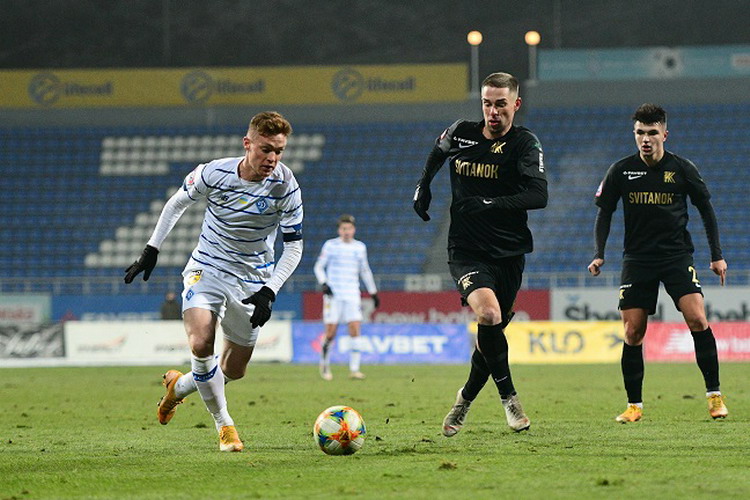 In the match between Dynamo and Kolos, there were two withdrawals and two 11-meter throws.

Today were played three matches of the last before the winter break, the 13th round of the Premier League. Dynamo Kyiv hosted Kolos at the stadium named after Valery Lobanovsky and following the results of the eventful match, he was forced to limit himself to a draw.

The first half ended without goals, and at the beginning of the second for a foul by Mykolenko on Seleznyov a penalty was awarded, which was realized by Eugene himself. Then Shepelev received a red card for violating the rules against Chernomorets. However, Dynamo played in the minority for only a quarter of an hour, as Maksymenko, who illegally interrupted Verbych's one-on-one with the goalkeeper, was also sent off.

Soon a penalty kick was awarded to Kolos, and the same players took part in the game clash as in the episode with the 11-meter goal to Dynamo, but now Seleznyov fouled against Mykolenko. Tsygankov equalized from the "point", and then made a double from the game, completing a protracted attack of the white and blues. But the last word was left to the guests. Antyukh restored the status quo not without the help of a ricochet from Mykolenko. 2: 2. The VAR system helped the referee to understand all the controversial episodes of this match.

Dynamo lost two points, but secured the first place in the first part of the championship - Shakhtar will play its last match of the first round tomorrow against Ingulets, but will not be able to catch up with Kyiv even in case of victory.

The match between Vorskla and Minaya ended in a draw. Nuriev took the guests ahead from Kozhanov's pass, scoring his sixth goal in the championship, and in the second half Kravchuk set the final score after Perduta's shot - 1: 1.

Vorskla goalkeeper Riznyk, who took part in the last meeting of the national team of Ukraine, played a full match.

In another match, Rukh defeated Dnipro-1 (4: 1) for the first time in the history of the club in the elite division. The Lviv team has a double in the assets of the experienced Fedorchuk, another goal - on the account of 19-year-old Kukharevych, who opened the scoring with his own goal in the Premier League. At the end of the match, Svatok played one ball, but Klimchuk again made the score devastating. In turn, Igor Yovychevych's wards suffered at the finish of the first round of the sixth defeat in a row. The team from Dnipro will spend the winter, being in the last place in the table.