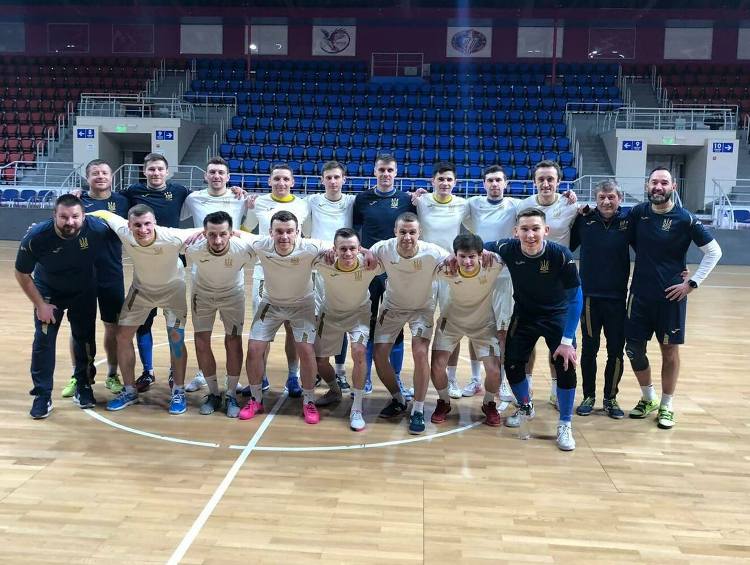 In 2021, the national futsal team of Ukraine will take part in the matches of the group round of the European Championship.

In the first half of this year, the blue and yellows are waiting for three windows for Euro 2022 qualifiers - in January, March and April. For results draw results, the national team of Ukraine is in group 1, where it will play against Croatia, Albania and Denmark. The latter in the butt matches of the qualifying round has overcome San Marino

In the group round, 32 teams (16 participants in the elite round of the 2020 World Cup qualifiers, nine winners of the qualifying round groups and seven winners of the butt matches) are divided into eight groups of four teams. For the first time in the history of the tournament, the teams at this stage will play against opponents at home and away, holding two matches against each opponent in the group. Eight group winners and six top runners-up will join the Netherlands in the final stage.

The two runners-up, who did not make it directly to the final tournament, will play in the playoffs on November 14-17, 2021. The first match will take place on the field of the eighth ranked team, the return match will be hosted by the seventh ranked team. The winner of the butt matches will join the other 15 participants of the final stage.

The matches of the final tournament will take place in Amsterdam and Groningen from January 9 to February 6, 2022. 16 teams will be divided into four groups. The two best teams from each group will advance to the quarterfinals.

According to calendar In the group stage, the Ukrainians will play the first match at home against the Danes (January 27) and the second away match against the Albanians (January 31).

"We are meeting with the guys in Zaporizhia on January 24. There we play a match against Denmark, and on the 30th we go to Albania, where we play the next match, - said in a comment to the official website of the UAF the head coach of our team Alexander Kosenko. - In the near future we will decide on the composition, while considering the nuances. Someone is sick, someone is injured… It is clear that the backbone of the team has already been determined, but there is no complete list yet. "

Currently, the national team of Ukraine plans to hold matches of the group stage of the Euro-2022 qualification according to the specified schedule, after which it will decide on further plans.

We would like to add that the World Futsal Championship will be held in Lithuania on September 12-October 3 this year. Unfortunately, our team did not make it to this forum, stopping in the elite qualifying round.

Euro-2022 from futsal. The last rival of the national team of Ukraine in the qualifying tournament was determined

The butt matches of the selected ...

The Ukrainian national futsal team changed before the matches against Hungary