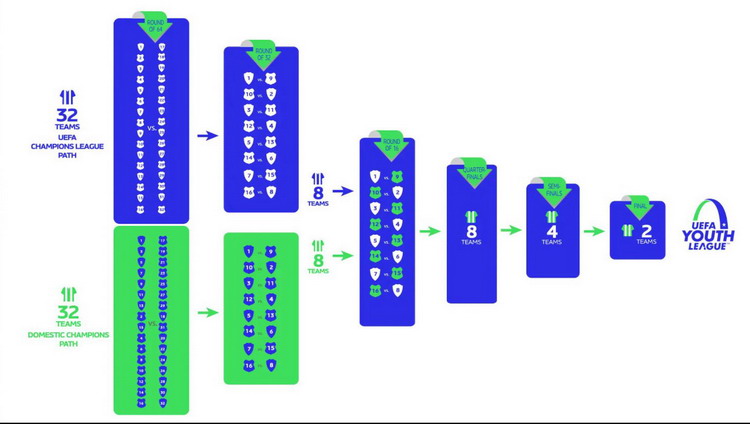 The next draw of the UEFA Youth League will take place in the playoffs. The draw for the first round of the tournament will take place this Wednesday, January 27 (the ceremony will start at 13.00 pm Kyiv time).

This draw will consist exclusively of single-match relegations, which will begin with the 1/32 final. The tournament starts on March 2-3. The competition will end with the final stage, which will be hosted by the Kolovre Stadium in Nyon from May 17 to 20.

Pairs of the 1/32 and 1/16 finals will be formed by blind draw. The UEFA administration can form several groups on a geographical basis so that teams do not have to travel long distances. As for the Champions League Path, the UEFA administration guarantees that clubs from the same association will not make one pair during the draw.

Representatives of Ukraine will take part in the tournament. Shakhtar (Donetsk) and Dynamo Kyiv will follow the path of the Champions League.

Draw and match dates of the UEFA Youth League

At a meeting of the UEFA Executive Committee, a member of which is the President of UAF A ...

In the five-year cycle of UEFA's club rating, Shakhtar and ...

Europa League. The draw of the decisive rounds of the competition took place

Today was the draw of the decisive stages of the Europa League season -...