Ruslan Malinowski recognized as the best player of March in "Atalanta" 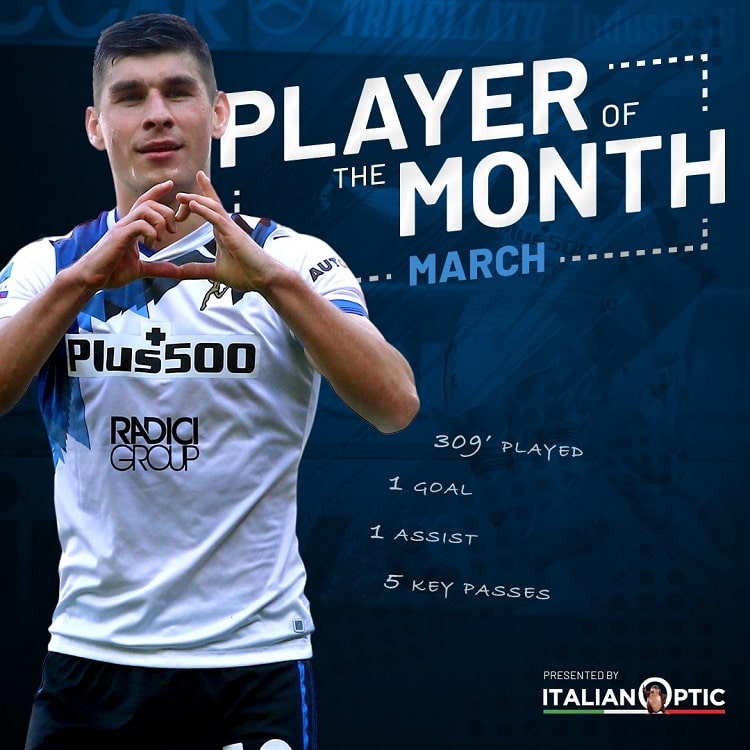 Atalanta fans recognized midfielder of the national team of Ukraine in the voting, which took place on the official pages of the Bergamo club on social networks Ruslan Malinovskyi the best player of the team in March 2021. About this the site of the Italians.

This month, the Ukrainian played 309 minutes for his Italian club, scoring five key assists, one goal and one assist.

For Ruslan, this award was the second in the composition of "Atalanta". Malinowski first became a winner in October 2019, just two months after his debut as a member of the "Goddess".

After yesterday's match of the 29th round of the Italian Serie A, in which "...

In the 29th round of the Italian championship "Atalanta" midfielders on ...

Ruslan Malinovsky celebrated his anniversary match, and Viktor Kovalenko made his debut for Atalanta

In the match of the 28th round of the Italian Serie A "Atalanta" midfield ...