Euro 2022 in futsal. The national team of Ukraine defeated Denmark in the first of two paired matches 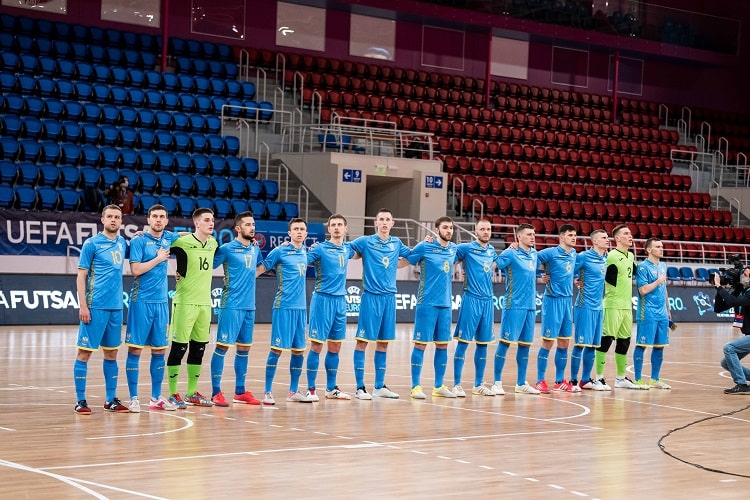 The national futsal team of Ukraine held the fourth match of the group qualifying round of Euro-2022, in which the Danish team won.

Oleksandr Kosenko's wards held the first of three April matches today - all of them will take place in the Zaporizhia Palace of Sports "Youth". We will remind, one of matches against Danes was canceled and subsequently, by decision of UEFA, postponed to April 8. That is why our team meets Scandinavians twice in a row. And the first game was nominally for the blue-yellows away.

At the beginning of the match, the Ukrainians had a significant advantage - in the first minute Zvarych scored from a good position past the goal, and Razuvanov hit the goalkeeper. The Danes made several dangerous attacks, but missed in the fifth minute, when Zhurba brought Pedyash to the strike position with a great pass, but he did not make a mistake.

Opponents immediately retaliated when no one interrupted Al-Kaza's shot, and Falk closed the far post. The blue-and-yellows responded with blows from Farenyuk and Zhurba, which Hog managed. 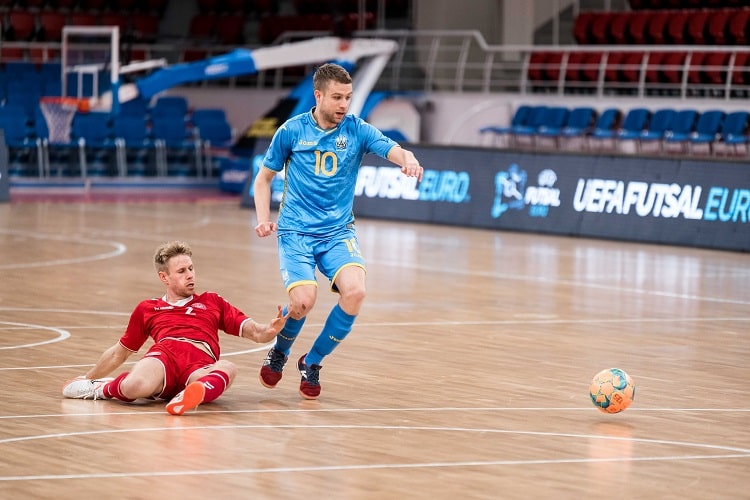 The goal gave the Danes confidence, and they could upset Sukhov again, who today replaced the disqualified Tsypun. However, Youssef forgave our team, unsuccessfully closing the far post, and Habibi missed from a deadly position. Towards the end of the first half, Sukhov had to rescue the team several times.

The Ukrainians made a lot of sharp attacks at that time, but somewhere our team lacked a final blow. And yet in the 18th minute Kosenko's charges came forward again. Swan scored a powerful free kick, and Weiss corrected the ball into his own net. 1: 2.

During the break in Denmark, the goalkeeper changed - Andersen took the place of the injured Hog. And the new goalkeeper had to miss in the first minute of the second half, when Abakshin hit the target after the passage and transfer of Eremin. 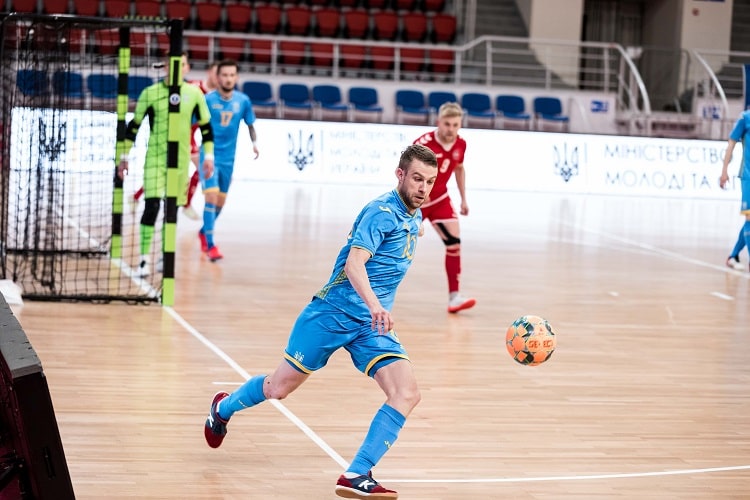 Then Sukhov parried Hansen's shot, Malyshko soon hit the crossbar from his half of the field after a mistake by rivals, and in the same episode on the finish Farenyuk shot at Andersen. However, in the 26th minute, the Danes missed again: in the counterattack Mykytyuk brought Abakshin to the strike position, and he made a double. 1: 4.

Andersen made several saves later, including a double after Farenyuk's shots. In the future, the pace of the game decreased, and the Danes regularly fouled, bringing the national team of Ukraine to the double penalty. Lebid could have scored in the 36th minute, but after a corner he aimed at the post.

At the end of the match, Farenyuk shot a double, and he was assisted twice by Zhurba. In both cases, the Ukrainians caught opponents in error. In the last minute of the match, the Scandinavians played one goal, when after one of the opponents came out on the ball, he flew into our goal with a ricochet from Zhurba. 2: 6.

In the end, the blue and yellows won a convincing victory and broke away from the competition in the standings by three points. Tomorrow our team will play the second match against Denmark in Zaporizhia, which will start at 19.00. 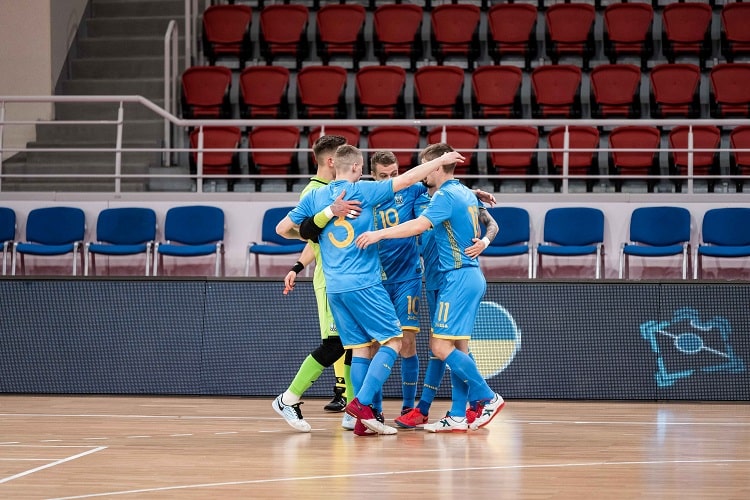 In the group round, 32 teams (16 participants in the elite round of the 2020 World Cup qualifiers, nine winners of the qualifying round groups and seven winners of the butt matches) are divided into eight groups of four teams. For the first time in the history of the tournament, the teams at this stage will play against opponents at home and away, holding two matches against each opponent in the group. Eight group winners and six top runners-up will join the Netherlands in the final stage. The two runners-up, who did not make it directly to the final tournament, will play in the playoffs.

The national futsal team of Ukraine held another match of the group round of ...

Euro 2022 in futsal. UEFA has announced the cancellation of the match of the group stage of the selection Ukraine - Albania

The match of the group stage of Euro-2022 qualification in futsal between the national teams ...

Oleksandr Kosenko: "The national teams of Denmark and Albania will come with a desire to achieve a positive result"

The place and time of the beginning of the final three matches of the national team of Ukraine have been determined ...