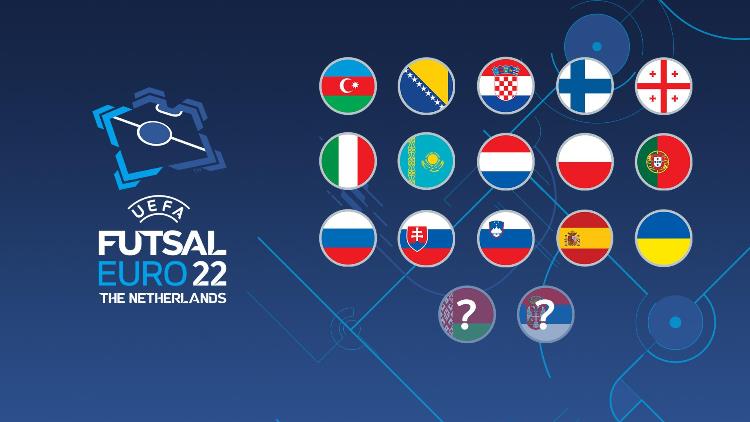 Opponents of the Ukrainian national futsal team will be determined in the draw procedure for the final tournament of the European Championship.

According to the UEFA official website reports., the draw for Euro 2022 will take place after the qualifying play-off matches scheduled for November 14-17, 2021.

According to the rules, 16 participants of the final stage will be divided into four groups of four teams. The first position in Group 1 is automatically the host of the championship - the national team of the Netherlands, and the other teams in the draw will be seeded in four baskets according to the UEFA rating at the end of November 2021. Note that in the current register of the national futsal team of Ukraine occupies the ninth step, so it still gets to the third basket.

We will remind that in April after two victories over Denmark in Zaporizhia (PM6:2 and PM8:2) blue and yellow secured the second place in the qualifying group for Euro-2022. This was the end of the training camp for our team, as the Ukraine-Albania game, scheduled for April 11, was canceled.

Subsequently UEFA has confirmed that wards of Alexander Kosenko became participants in the final tournament. In the home match against Albania, our team was credited with a technical victory with a score of 5: 0. Accordingly, in the ranking of teams that took second place, the Ukrainians took second place. In total, the top six out of eight teams went straight to the European Championships, while the two worst will play each other in the playoffs.

Matches of the group stage of qualification in group 1