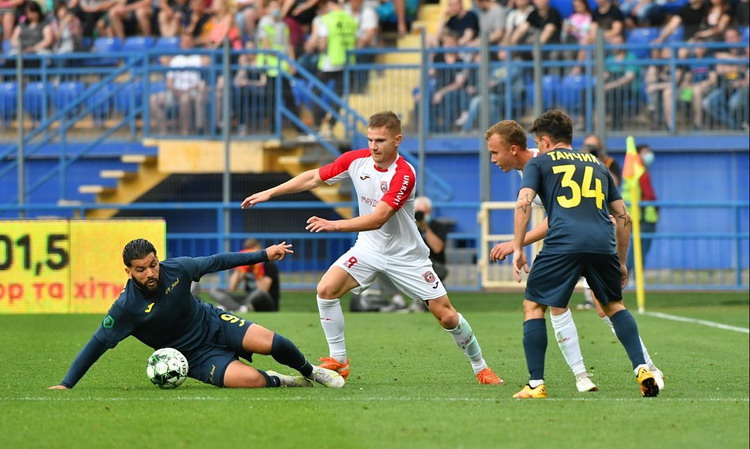 On a major note, he finished his performances in the Metal championship, beating his nearest pursuer, Kryvbas, in a convincing style. Photo of FC Kryvbas

32 fans were present in Kharkiv at the match between the leaders of Group B - the local Metal and Kryvyi Rih's Kryvbas. This is a new attendance record in the second division, moreover, such an audience has not yet gathered this season for matches in all leagues.

There was no equal fight in the match, the advantage of the hosts was tangible, and they easily prevailed - 3: 0. Especially impressive was the first goal of Slobozia, scored by Brazilian legionnaire Joe with a blow in the fall through himself. In the 75th minute, the captain of Kharkiv Ruslan Fomin converted a penalty, and at the end of the match Eugene Ryazantsev brought the case to defeat.

After the final whistle, the guest manager Gennady Prykhodko recognized the victory of the hosts deserved, noting that his players still have a lot of work to do to reach the level of "Metal".

Oleksandr Kucher's wards, as they say, in one breath won first place in their group, and now they have a fight ahead for the title of the strongest team in the second league. It will take place on a neutral field in Cherkasy on June 16. However, it is still difficult to say who will face Metal in the decisive match, because in Group A there is an uncompromising struggle for promotion in the class.

Today's match in Dunaivtsi was of great importance, where Epicenter hosted Uzhhorod. Before the break, the rivalry took place on opposing courses, and a draw (0: 0) should be considered fair. In the second half, despite all the efforts of the best scorers of Group "A", Transcarpathian Adrian Pukanych and Podolia Ruslan Ivashko, the score did not change. The loss of points of the main competitors in the struggle for promotion in the class greatly pleased the players of "Podillya".

According to the decision of the SCC UAF from March 26, 2021 FC "Cherkasy" (Cherkasy) is excluded from the list of participants in the PFL.