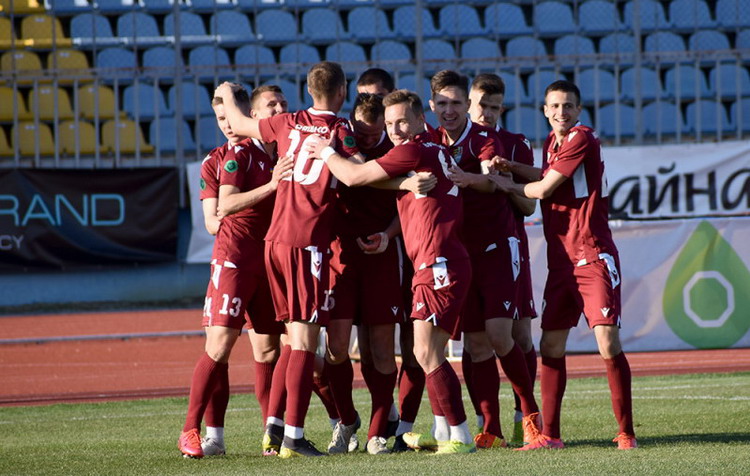 Having defeated Lviv's Karpaty in a convincing style, Uzhhorod's players rose in class. Photo by the Transcarpathian Football Association

If in group "B" the winners of two passes to the first league were determined long before the finish, then in group "A" there was still intrigue, because Uzhgorod, "Podillya" and "Epicenter" really applied for promotion.

But after today's fights "Epicenter" turned out to be the third superfluous. The players from Dunaivtsi were unlucky, because, unlike their competitors, they played their away match, in addition, with Niva, which is showing good preparation in the spring part of the season.

The miracle did not happen. As expected, Uzhhorod and Podillya overcame the resistance of Lviv's Karpaty and Rubicon, respectively, and Epicenter lost in a tense struggle in Vinnytsia.

Thus, Uzhhorod, Podillya, Metal and Kryvbas won tickets to the first league in the 2020/2021 season.

We will remind, the winner of the championship of Ukraine among teams of the second league will be determined on June 16 in the match of the best teams of group "A" and group "B". The match will take place at the Cherkasy Arena stadium in Cherkasy (starting at 17.00 pm).

According to the decision of the SCC UAF from March 26, 2021 FC "Cherkasy" (Cherkasy) is excluded from the list of participants in the PFL.

Autumn matches of the European qualifying round of the 2022 World Cup will be held using ...