Second League. So far, the most active in the transfer market - Lviv "Carpathians" 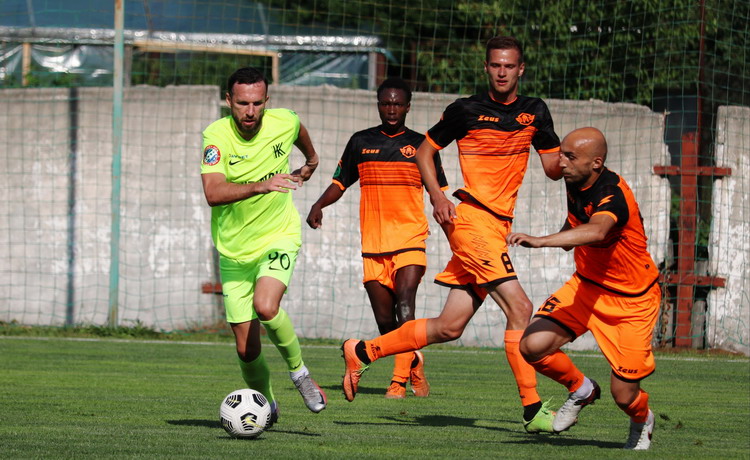 All participants of the Ukrainian championship among the teams of the second league have already started preparations for the new season. And the competition calendar will be known after the draw, which will take place on July 6.

Vladyslav Savchuk, who previously headed the youth team of Kolos from Kovalivka, became the new head coach of Chaika (Petropavlivska Borshchahivka). Serhiy Diryavka and Mykola Zbarakh became assistants to the new coach of Peremohy football players Serhiy Vorobey. And "Nikopol" was headed by Alexander Poklonsky from "Dnipro-1". There are additions to the coaching staff of "Niva". Oleg Ostapenko, who worked for Volyn last season, will be responsible for training goalkeepers from now on.

So far, the most active in the transfer market are Karpaty, which previously played in the AAFU championship. The club has already been strengthened by 14 recruits. Denis Kozhanov, a former player of the national team of Ukraine, who previously defended the colors of Minaia, was the first to legalize his relations with the Galicians. Another Minaia representative, Andriy Tkachuk, also relocated to Lviv. Serhiy Siminin, Vladyslav Pryimak, Ambrosiy Chachua from Volyn, Denis Prytykovsky, Ilya Povaliy, Denis Galenkov from Polissya, Volodymyr Zastavny (Rukh), Ivan Lobay (Lviv) decided to continue their careers in Karpaty and Yevhen Budnyk (Pyunik), well known for his performances for Vorskla.

Of course, with such a selection of performers, Lviv's Karpaty will be among the main contenders for promotion.

Among the control matches played by the teams of the second league, we will note sparring with the participation of Rubicon and Karpaty, which with the same score (2: 0) defeated the elite Kolos and the first-league Minai, respectively.