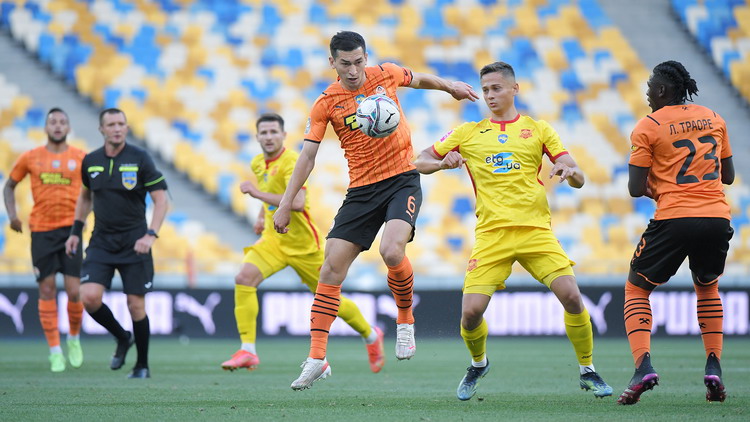 Today the program of the starting round of the new championship of Ukraine in the elite division continued with two matches.

Shakhtar played its first official match under Roberto de Derby, and the Italian specialist's debut was a victory. The Pitmen's newcomer, Burkina Faso striker Lassina Traore, opened the scoring in the 12th minute with a pass from Manor Solomon. Even before the break, Alan Patrick, assisted by Taras Stepanenko, doubled the advantage of the Orange and Blacks.

At the end of the match, the players of Ingulets, having counterattacked, reduced the difference in the score. Eugene Opanasenko's shot was closed by Nigerian Michael Gopey.

The players who took part in the Euro 2020 national team for Shakhtar played for Shakhtar: Trubin, Matvienko, Stepanenko (goal pass), Sudakov (came on as a substitute in the 70th minute).

In another today's match between Veres and Kolos, a goalless draw was scored.

Vbet League. Vorskla defeated Kolos on the road and rose to third place

In the first match of the 9th round, which took place today in Kovalivka, Poltava ...

Vbet League. Dynamo and Shakhtar won without conceding after the Champions League clashes

Ukrainian clubs participating in the group tournament of the Champions League today ...